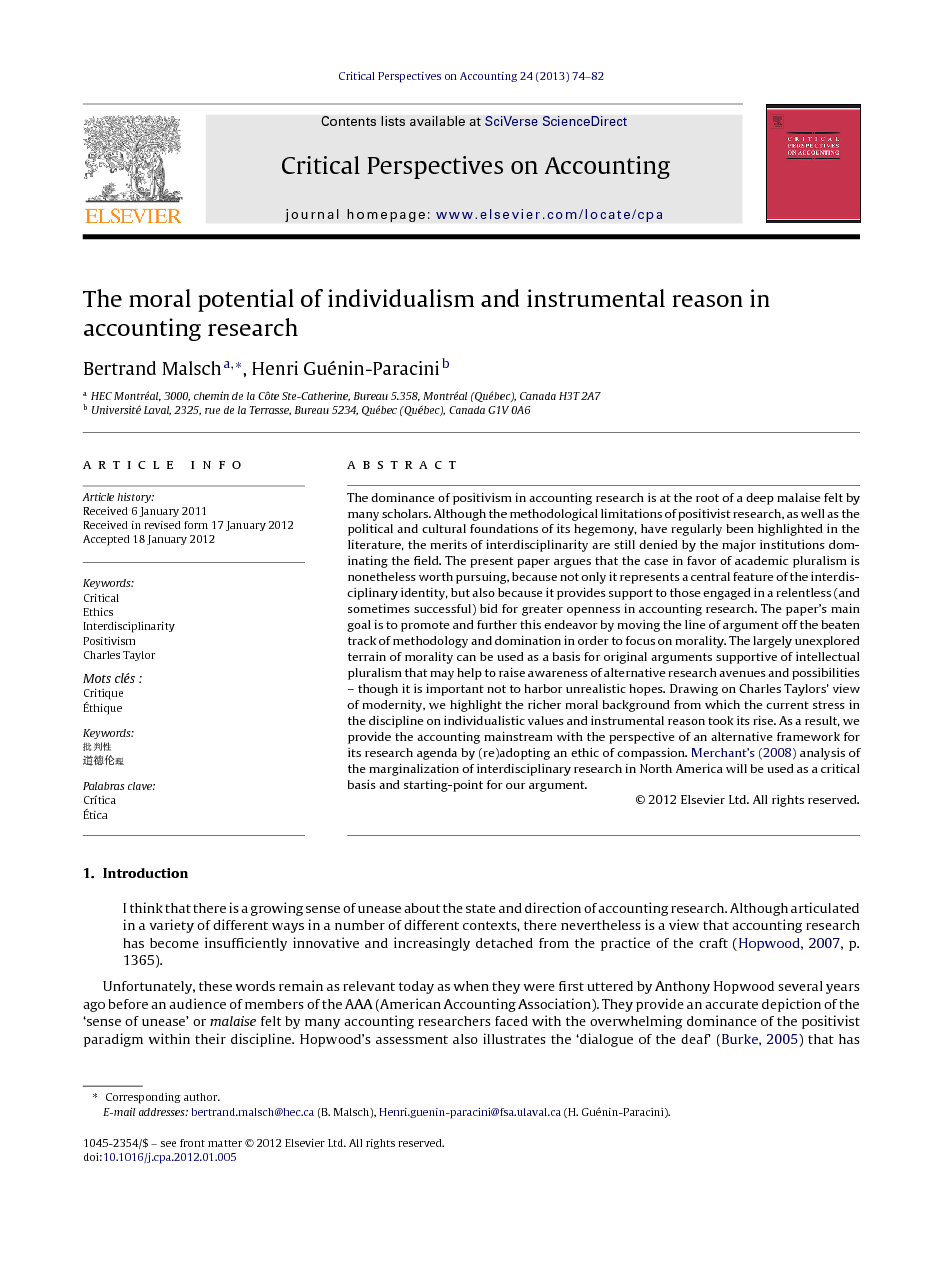 The dominance of positivism in accounting research is at the root of a deep malaise felt by many scholars. Although the methodological limitations of positivist research, as well as the political and cultural foundations of its hegemony, have regularly been highlighted in the literature, the merits of interdisciplinarity are still denied by the major institutions dominating the field. The present paper argues that the case in favor of academic pluralism is nonetheless worth pursuing, because not only it represents a central feature of the interdisciplinary identity, but also because it provides support to those engaged in a relentless (and sometimes successful) bid for greater openness in accounting research. The paper's main goal is to promote and further this endeavor by moving the line of argument off the beaten track of methodology and domination in order to focus on morality. The largely unexplored terrain of morality can be used as a basis for original arguments supportive of intellectual pluralism that may help to raise awareness of alternative research avenues and possibilities – though it is important not to harbor unrealistic hopes. Drawing on Charles Taylors’ view of modernity, we highlight the richer moral background from which the current stress in the discipline on individualistic values and instrumental reason took its rise. As a result, we provide the accounting mainstream with the perspective of an alternative framework for its research agenda by (re)adopting an ethic of compassion. Merchant's (2008) analysis of the marginalization of interdisciplinary research in North America will be used as a critical basis and starting-point for our argument.