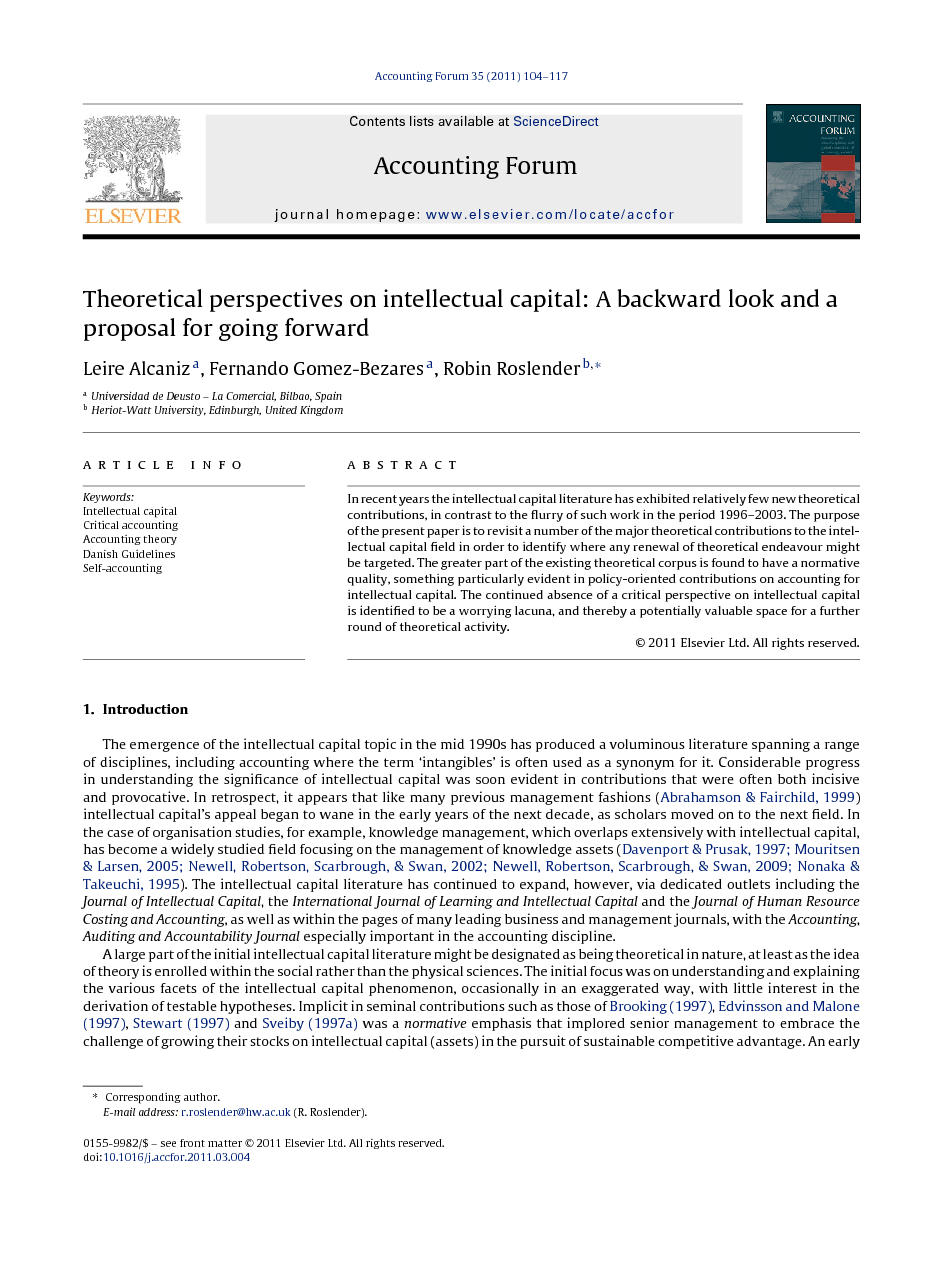 Finally, an interesting and highly topical development that might be also explored further from a critical accounting perspective has recently been evident in Scandinavia in the form of Health Statements (Ahonen and Grojer, 2005, Bjurstrom, 2007, Holmgren Caicedo and Martensson, 2010, Johanson and Cederqvist, 2005 and Mouritsen and Johanson, 2005). Although still very much in their infancy, some examples have assumed the form of mini-Intellectual Capital Statements, combining numbers and narrative. There are indications that the high levels of sickness absence that co-date the emergence of such Health Statements are now in significant decline to and that this costly problem has been overcome. Less optimistically, the possible emergence of new forms of “presenteeism”, which result in very sick people continuing to attend for work (Bockerman and Laukkanen, 2010, Chandola, 2010, Hemp, 2004 and Nielsen et al., 2007), may have the effect of masking the extent of this downturn, particularly at a time of a global economic slowdown. Consequently, the Health Statement approach provides the opportunity for further development. It possesses the potential to bring together a range of relevant information, including patterns of sickness absence, indicators of the growth of employee health and wellbeing, targets for sustained improvement, details of occupational health interventions, including health education, ‘healthy organisation’ initiatives, etc. Many of these aspects would seem to lend themselves to enhancement via the promotion of a further round of self-accounts, which would encourage employees to report and reflect upon their own individual journeys to improved personal health and wellbeing. In aggregate a healthier workforce should prove beneficial to the collectivity, reinforcing the social betterment credentials of such initiatives. The identification of the potential merits of a critical (theoretical) perspective on accounting for intellectual capital, one which privileges its human capital component and the mode of self-accounting, is intended to encourage a renewal of theoretical focus in the intellectual capital field. Initially attention was drawn to a relative dearth of critical contributions, of whatever origins, in this field, clearly something of a lost opportunity given the demonstrable merits of similar work across the business and management disciplines. Beyond this is the advocacy of a position that privileges human capital over the other forms of intellectual capital, on the grounds that it is people (=employees) that constitute the source of all value within the value creation and delivery processes of the present, past and all future ‘ages’. This has significant implications for how enterprises employ and grow their stocks of human capital. And from an accounting perspective there is the question of whether self-accounting, an intervention firmly underpinned by the two previous theoretical positions, can deliver the insights that are claimed for it.