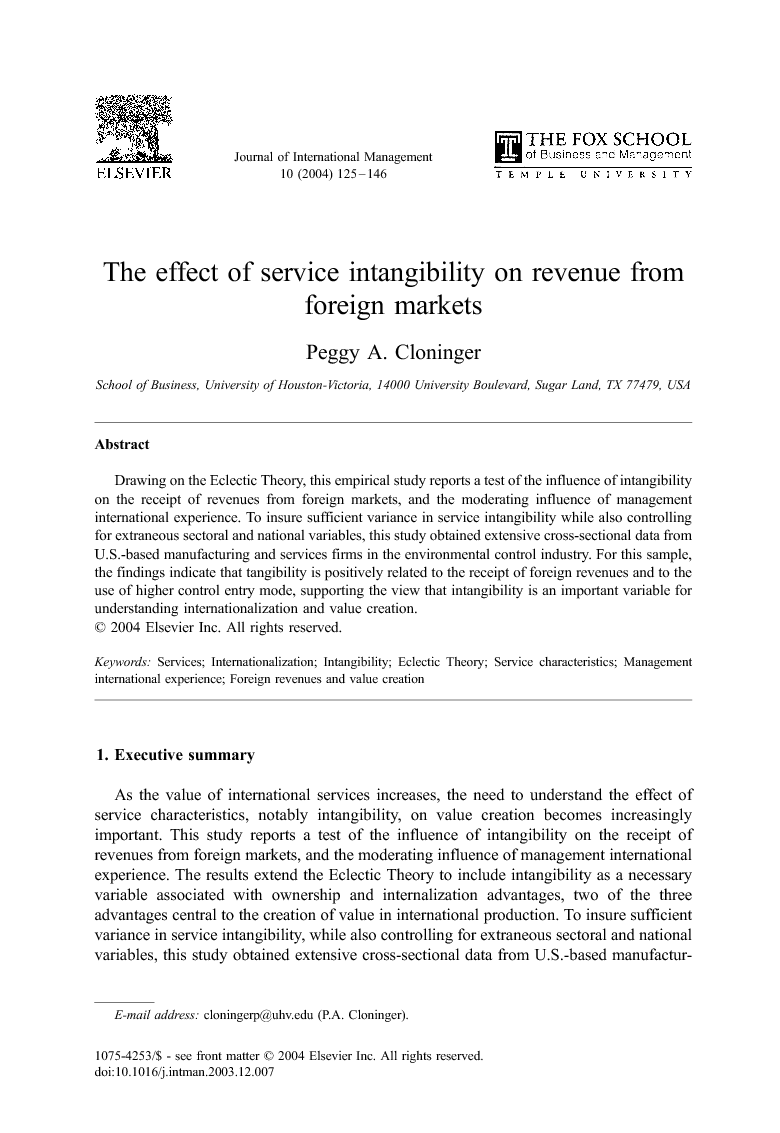 Drawing on the Eclectic Theory, this empirical study reports a test of the influence of intangibility on the receipt of revenues from foreign markets, and the moderating influence of management international experience. To insure sufficient variance in service intangibility while also controlling for extraneous sectoral and national variables, this study obtained extensive cross-sectional data from U.S.-based manufacturing and services firms in the environmental control industry. For this sample, the findings indicate that tangibility is positively related to the receipt of foreign revenues and to the use of higher control entry mode, supporting the view that intangibility is an important variable for understanding internationalization and value creation.