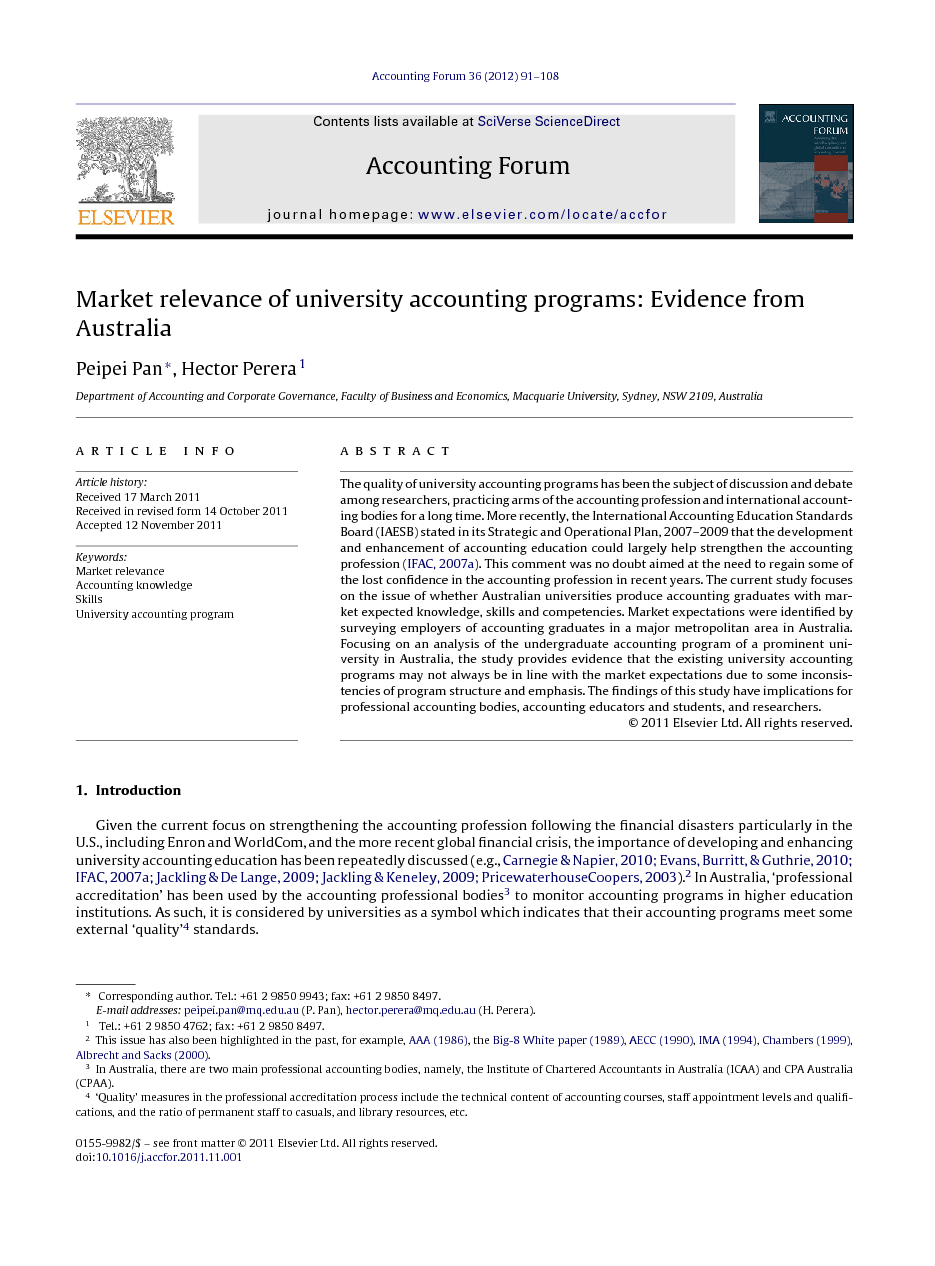 The purpose of this study is to examine empirically the extent to which an accounting program of a prominent University in Australia is consistent with market expectations. The paper details on the one hand the specific types of knowledge and skills expected from accounting graduates by employers, and on the other hand the knowledge and skills that are intended for accounting graduates of the studied university (Table 5). As shown in Table 5, while the UA's accounting program is consistent with market expectations and the literature in many respects, there are also areas of differences such as program structure and emphasis.