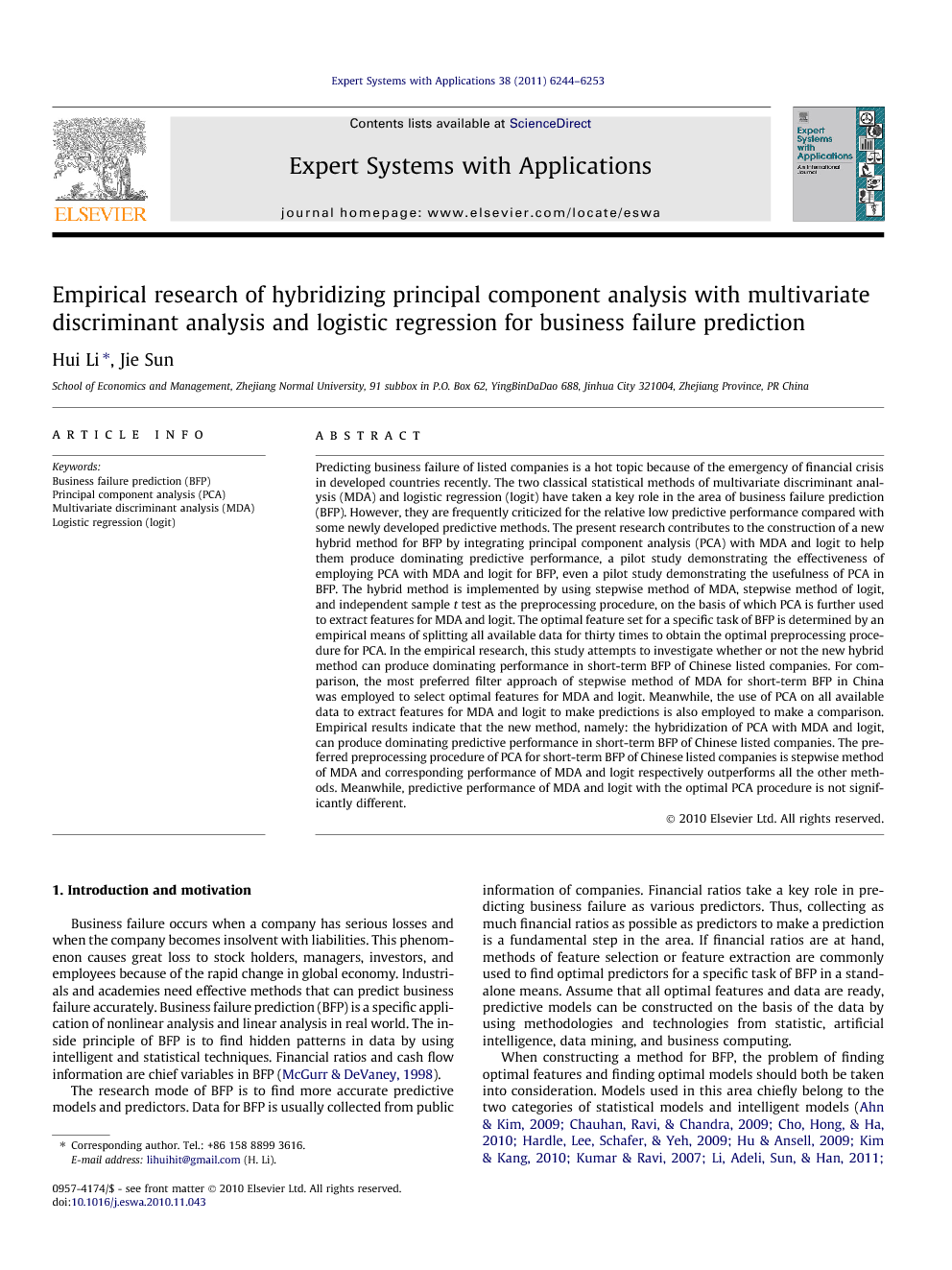 Predicting business failure of listed companies is a hot topic because of the emergency of financial crisis in developed countries recently. The two classical statistical methods of multivariate discriminant analysis (MDA) and logistic regression (logit) have taken a key role in the area of business failure prediction (BFP). However, they are frequently criticized for the relative low predictive performance compared with some newly developed predictive methods. The present research contributes to the construction of a new hybrid method for BFP by integrating principal component analysis (PCA) with MDA and logit to help them produce dominating predictive performance, a pilot study demonstrating the effectiveness of employing PCA with MDA and logit for BFP, even a pilot study demonstrating the usefulness of PCA in BFP. The hybrid method is implemented by using stepwise method of MDA, stepwise method of logit, and independent sample t test as the preprocessing procedure, on the basis of which PCA is further used to extract features for MDA and logit. The optimal feature set for a specific task of BFP is determined by an empirical means of splitting all available data for thirty times to obtain the optimal preprocessing procedure for PCA. In the empirical research, this study attempts to investigate whether or not the new hybrid method can produce dominating performance in short-term BFP of Chinese listed companies. For comparison, the most preferred filter approach of stepwise method of MDA for short-term BFP in China was employed to select optimal features for MDA and logit. Meanwhile, the use of PCA on all available data to extract features for MDA and logit to make predictions is also employed to make a comparison. Empirical results indicate that the new method, namely: the hybridization of PCA with MDA and logit, can produce dominating predictive performance in short-term BFP of Chinese listed companies. The preferred preprocessing procedure of PCA for short-term BFP of Chinese listed companies is stepwise method of MDA and corresponding performance of MDA and logit respectively outperforms all the other methods. Meanwhile, predictive performance of MDA and logit with the optimal PCA procedure is not significantly different.