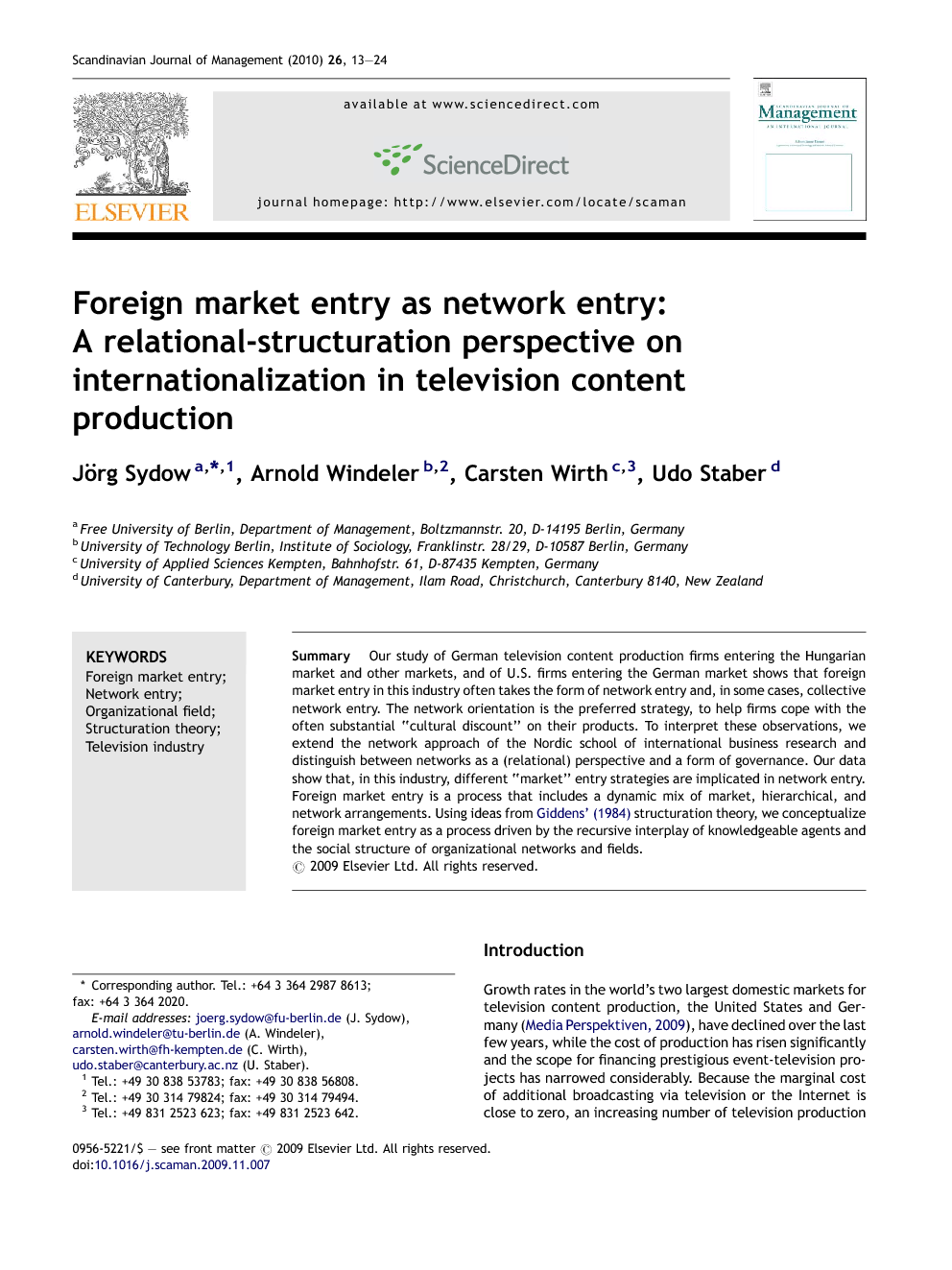 Our study of German television content production firms entering the Hungarian market and other markets, and of U.S. firms entering the German market shows that foreign market entry in this industry often takes the form of network entry and, in some cases, collective network entry. The network orientation is the preferred strategy, to help firms cope with the often substantial “cultural discount” on their products. To interpret these observations, we extend the network approach of the Nordic school of international business research and distinguish between networks as a (relational) perspective and a form of governance. Our data show that, in this industry, different “market” entry strategies are implicated in network entry. Foreign market entry is a process that includes a dynamic mix of market, hierarchical, and network arrangements. Using ideas from Giddens’ (1984) structuration theory, we conceptualize foreign market entry as a process driven by the recursive interplay of knowledgeable agents and the social structure of organizational networks and fields.