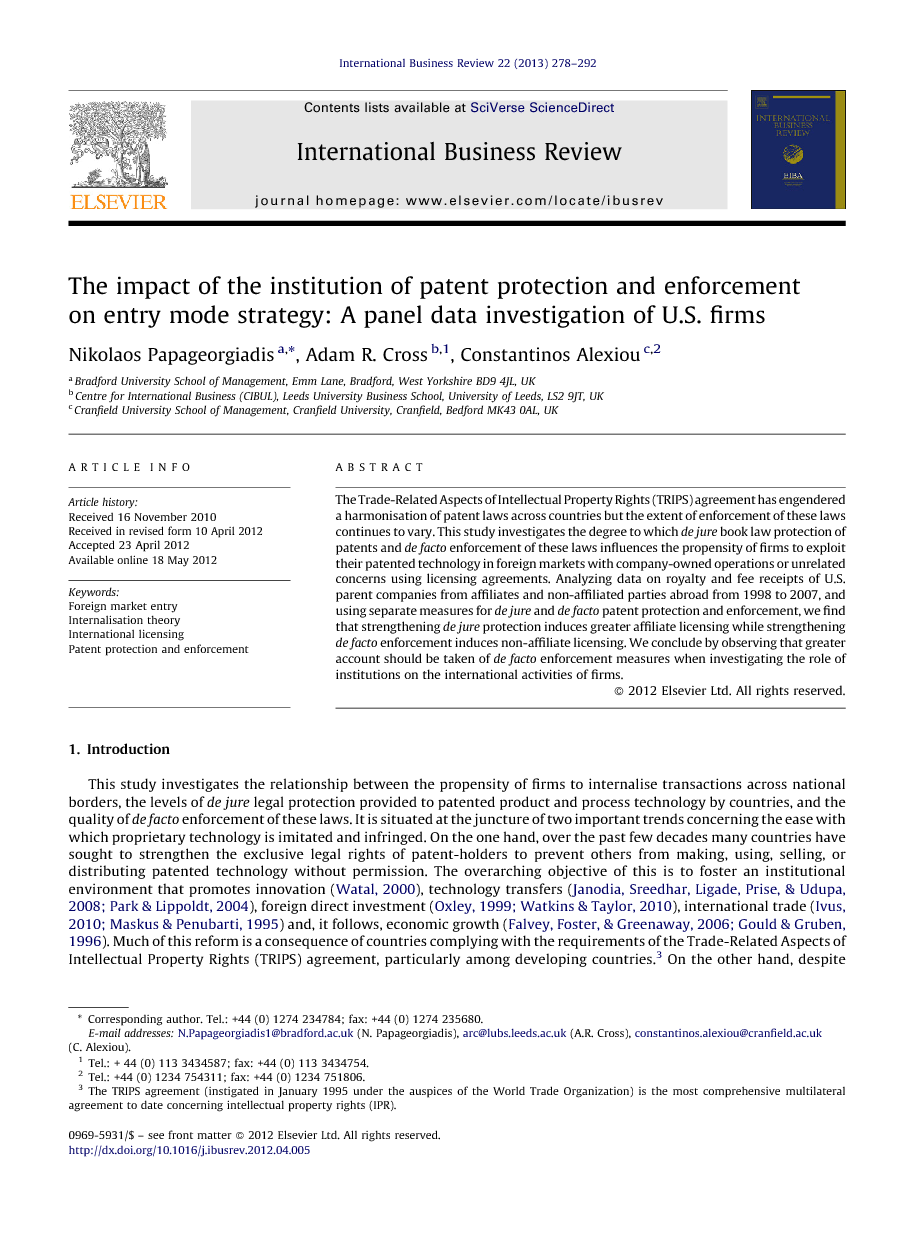 The Trade-Related Aspects of Intellectual Property Rights (TRIPS) agreement has engendered a harmonisation of patent laws across countries but the extent of enforcement of these laws continues to vary. This study investigates the degree to which de jure book law protection of patents and de facto enforcement of these laws influences the propensity of firms to exploit their patented technology in foreign markets with company-owned operations or unrelated concerns using licensing agreements. Analyzing data on royalty and fee receipts of U.S. parent companies from affiliates and non-affiliated parties abroad from 1998 to 2007, and using separate measures for de jure and de facto patent protection and enforcement, we find that strengthening de jure protection induces greater affiliate licensing while strengthening de facto enforcement induces non-affiliate licensing. We conclude by observing that greater account should be taken of de facto enforcement measures when investigating the role of institutions on the international activities of firms.