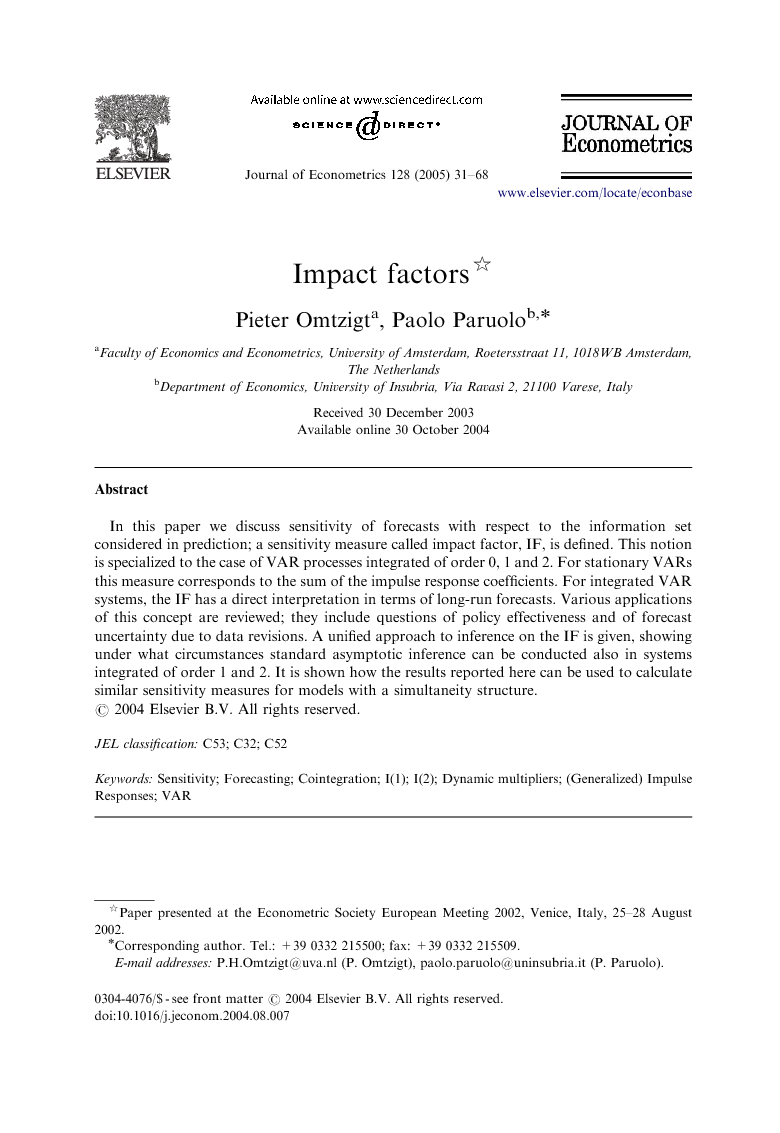 In this paper we discuss sensitivity of forecasts with respect to the information set considered in prediction; a sensitivity measure called impact factor, IF, is defined. This notion is specialized to the case of VAR processes integrated of order 0, 1 and 2. For stationary VARs this measure corresponds to the sum of the impulse response coefficients. For integrated VAR systems, the IF has a direct interpretation in terms of long-run forecasts. Various applications of this concept are reviewed; they include questions of policy effectiveness and of forecast uncertainty due to data revisions. A unified approach to inference on the IF is given, showing under what circumstances standard asymptotic inference can be conducted also in systems integrated of order 1 and 2. It is shown how the results reported here can be used to calculate similar sensitivity measures for models with a simultaneity structure.

In this paper we have defined impact factors as a sensitivity measure of long-run forecasts, and discussed their properties. We have applied the definition to vector autoregressive processes, in the stationary, I(1) and I(2) cases. Not surprisingly, the impact factors are functions of the moving average total impact matrix of the stationary representation of the systems, which is singular in cointegrated processes. An application to price mark-up in Australia shows, among other things, how perturbations to labor cost can have a permanent positive effect on inflation and a permanent negative effect on the mark-up. This is in line with imperfect competition models.