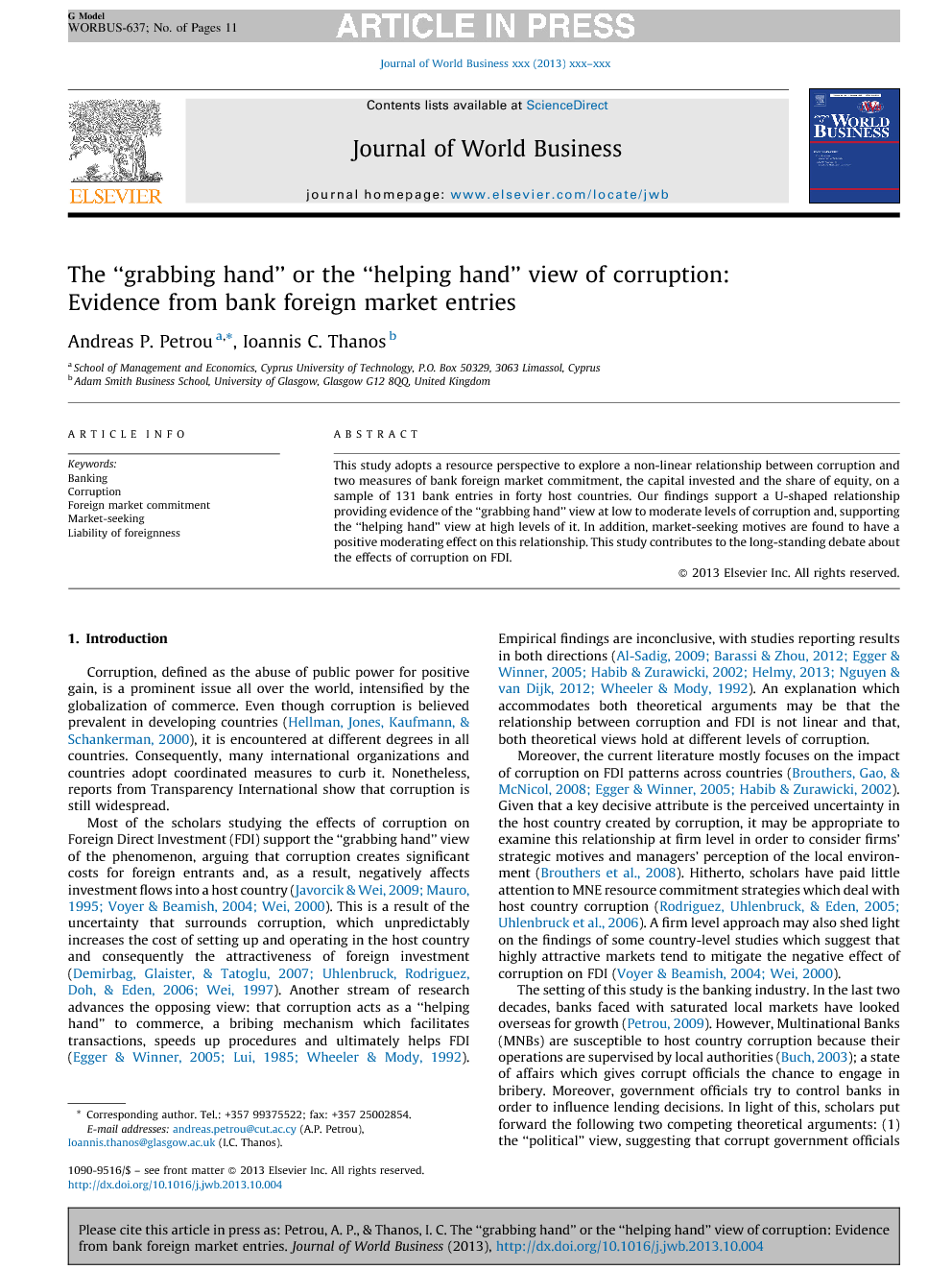 This study adopts a resource perspective to explore a non-linear relationship between corruption and two measures of bank foreign market commitment, the capital invested and the share of equity, on a sample of 131 bank entries in forty host countries. Our findings support a U-shaped relationship providing evidence of the “grabbing hand” view at low to moderate levels of corruption and, supporting the “helping hand” view at high levels of it. In addition, market-seeking motives are found to have a positive moderating effect on this relationship. This study contributes to the long-standing debate about the effects of corruption on FDI.