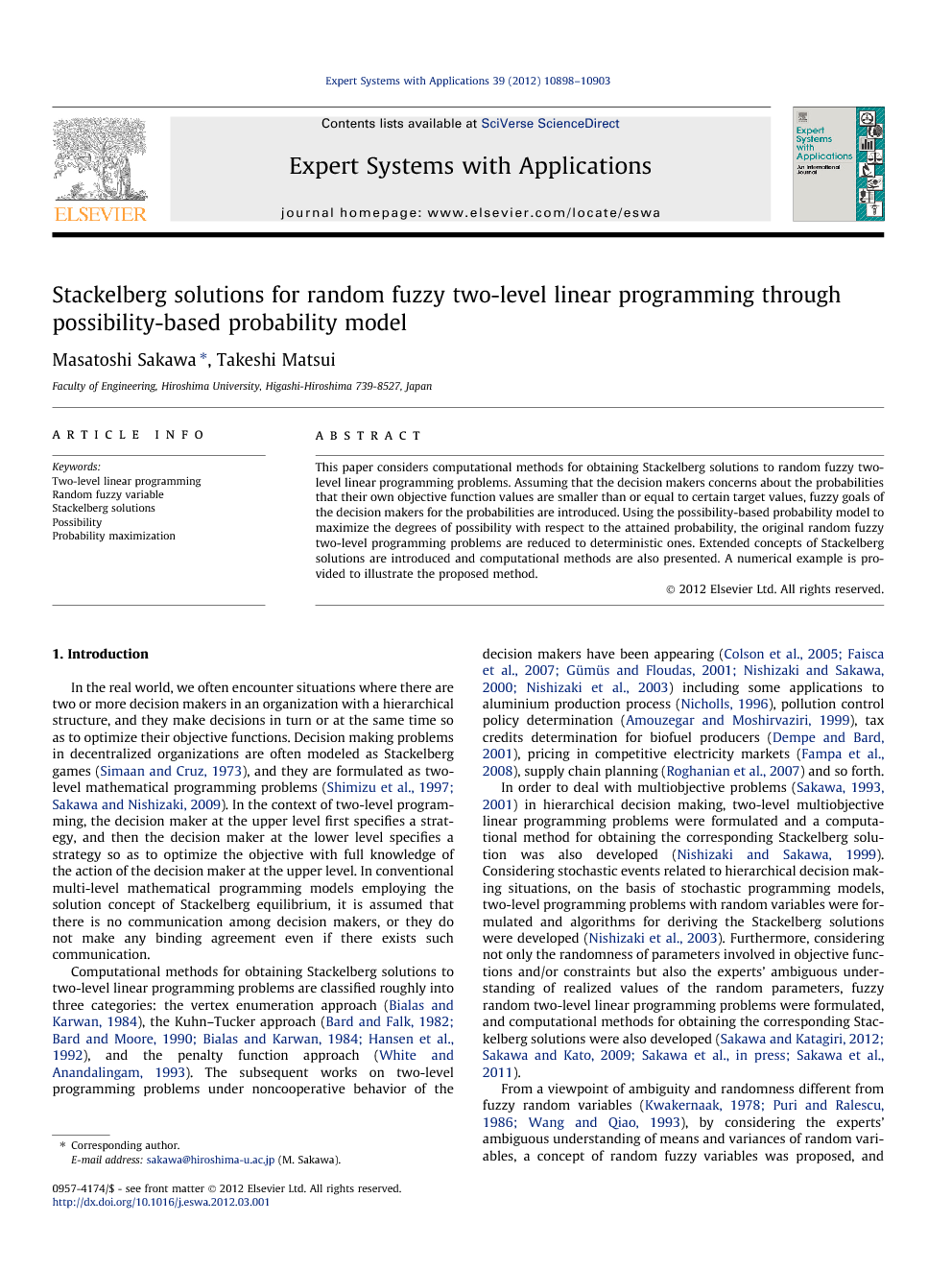 This paper considers computational methods for obtaining Stackelberg solutions to random fuzzy two-level linear programming problems. Assuming that the decision makers concerns about the probabilities that their own objective function values are smaller than or equal to certain target values, fuzzy goals of the decision makers for the probabilities are introduced. Using the possibility-based probability model to maximize the degrees of possibility with respect to the attained probability, the original random fuzzy two-level programming problems are reduced to deterministic ones. Extended concepts of Stackelberg solutions are introduced and computational methods are also presented. A numerical example is provided to illustrate the proposed method.