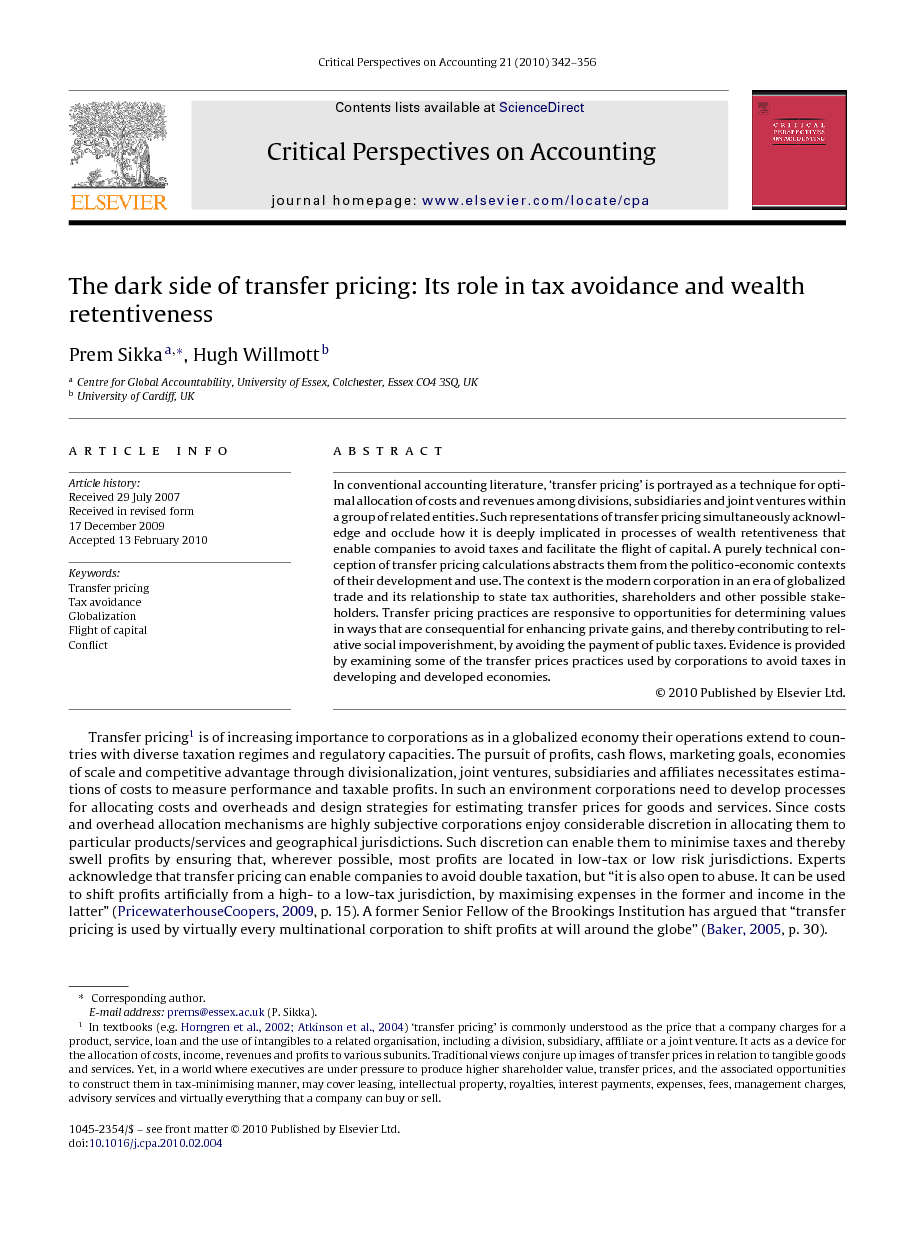 In conventional accounting literature, ‘transfer pricing’ is portrayed as a technique for optimal allocation of costs and revenues among divisions, subsidiaries and joint ventures within a group of related entities. Such representations of transfer pricing simultaneously acknowledge and occlude how it is deeply implicated in processes of wealth retentiveness that enable companies to avoid taxes and facilitate the flight of capital. A purely technical conception of transfer pricing calculations abstracts them from the politico-economic contexts of their development and use. The context is the modern corporation in an era of globalized trade and its relationship to state tax authorities, shareholders and other possible stakeholders. Transfer pricing practices are responsive to opportunities for determining values in ways that are consequential for enhancing private gains, and thereby contributing to relative social impoverishment, by avoiding the payment of public taxes. Evidence is provided by examining some of the transfer prices practices used by corporations to avoid taxes in developing and developed economies.