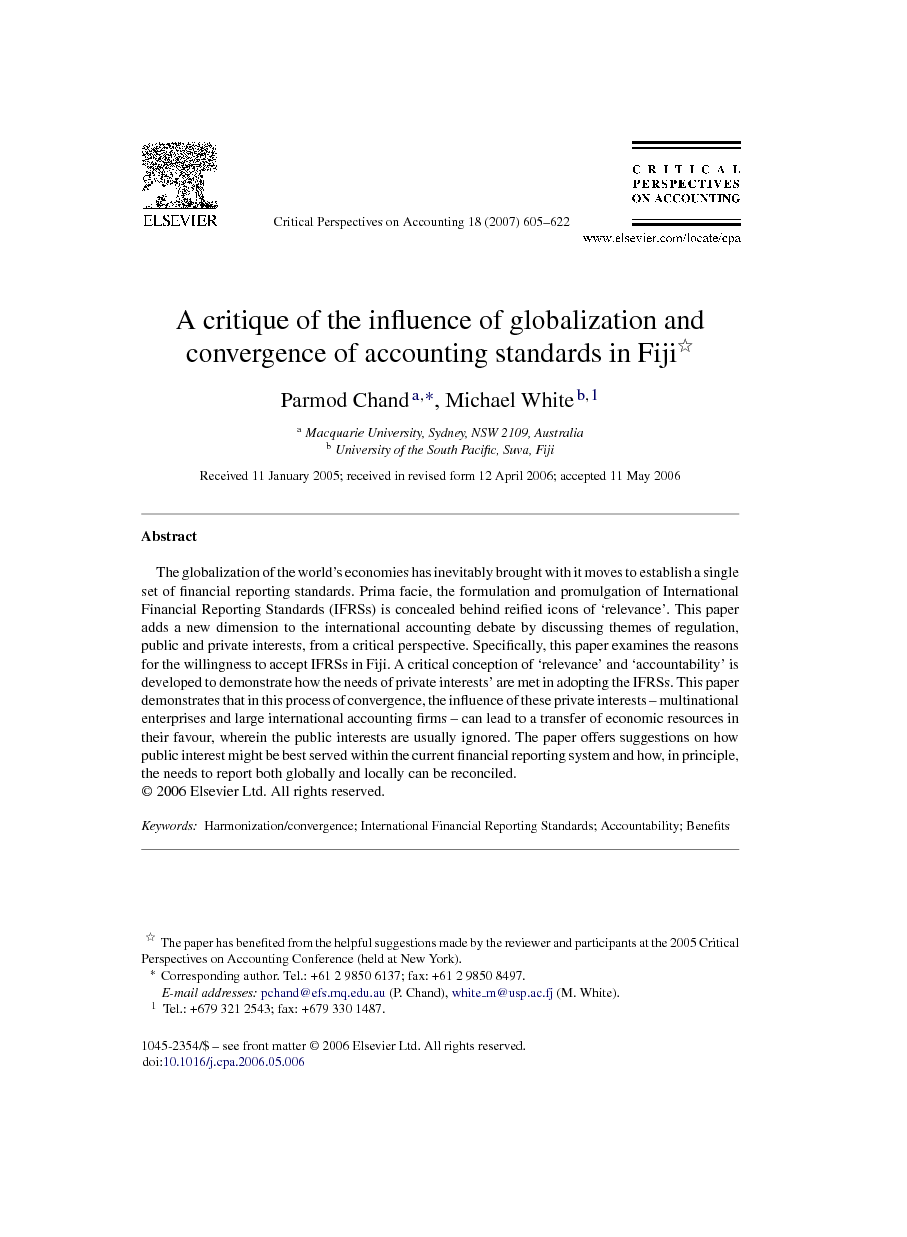 The globalization of the world's economies has inevitably brought with it moves to establish a single set of financial reporting standards. Prima facie, the formulation and promulgation of International Financial Reporting Standards (IFRSs) is concealed behind reified icons of ‘relevance’. This paper adds a new dimension to the international accounting debate by discussing themes of regulation, public and private interests, from a critical perspective. Specifically, this paper examines the reasons for the willingness to accept IFRSs in Fiji. A critical conception of ‘relevance’ and ‘accountability’ is developed to demonstrate how the needs of private interests’ are met in adopting the IFRSs. This paper demonstrates that in this process of convergence, the influence of these private interests – multinational enterprises and large international accounting firms – can lead to a transfer of economic resources in their favour, wherein the public interests are usually ignored. The paper offers suggestions on how public interest might be best served within the current financial reporting system and how, in principle, the needs to report both globally and locally can be reconciled.