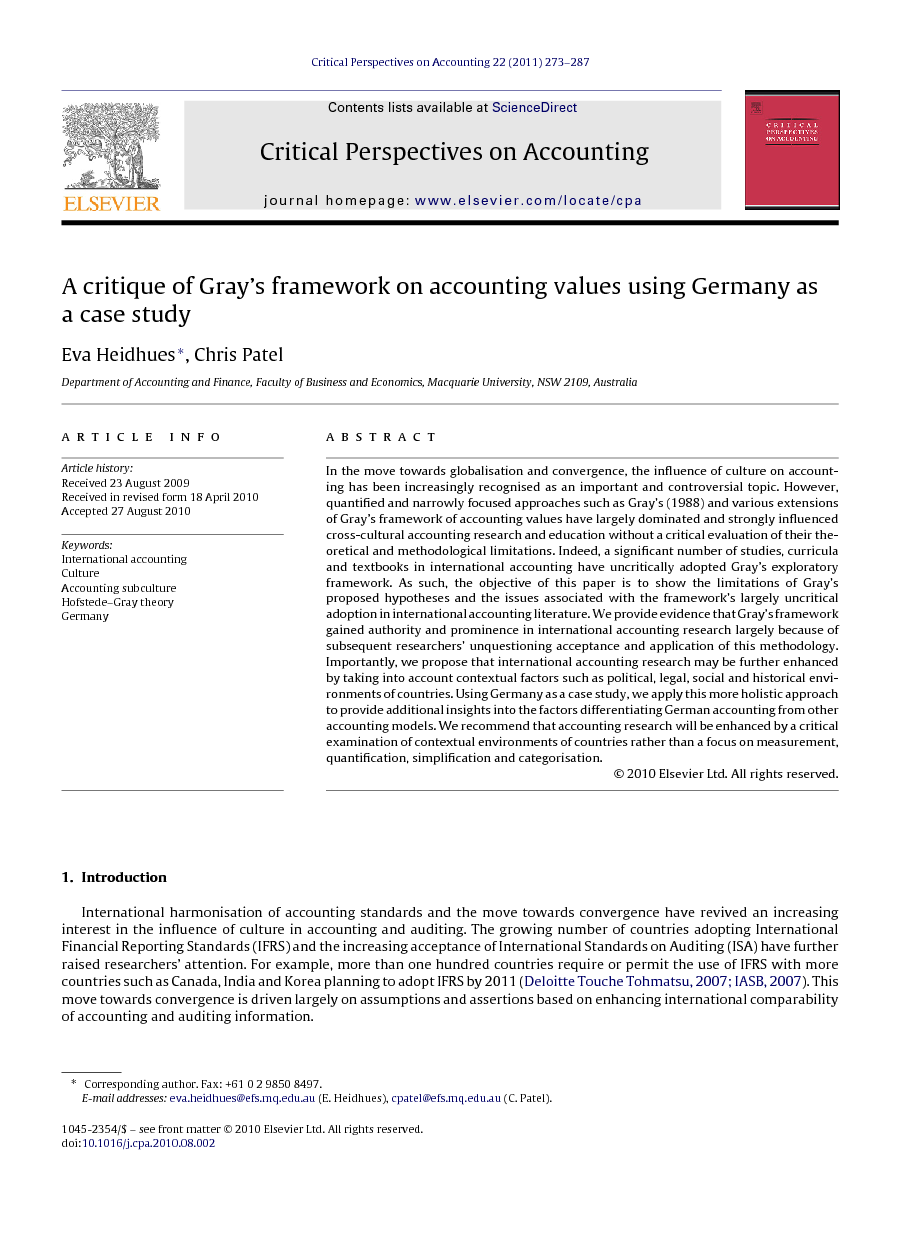 In the move towards globalisation and convergence, the influence of culture on accounting has been increasingly recognised as an important and controversial topic. However, quantified and narrowly focused approaches such as Gray's (1988) and various extensions of Gray's framework of accounting values have largely dominated and strongly influenced cross-cultural accounting research and education without a critical evaluation of their theoretical and methodological limitations. Indeed, a significant number of studies, curricula and textbooks in international accounting have uncritically adopted Gray's exploratory framework. As such, the objective of this paper is to show the limitations of Gray's proposed hypotheses and the issues associated with the framework's largely uncritical adoption in international accounting literature. We provide evidence that Gray's framework gained authority and prominence in international accounting research largely because of subsequent researchers’ unquestioning acceptance and application of this methodology. Importantly, we propose that international accounting research may be further enhanced by taking into account contextual factors such as political, legal, social and historical environments of countries. Using Germany as a case study, we apply this more holistic approach to provide additional insights into the factors differentiating German accounting from other accounting models. We recommend that accounting research will be enhanced by a critical examination of contextual environments of countries rather than a focus on measurement, quantification, simplification and categorisation.