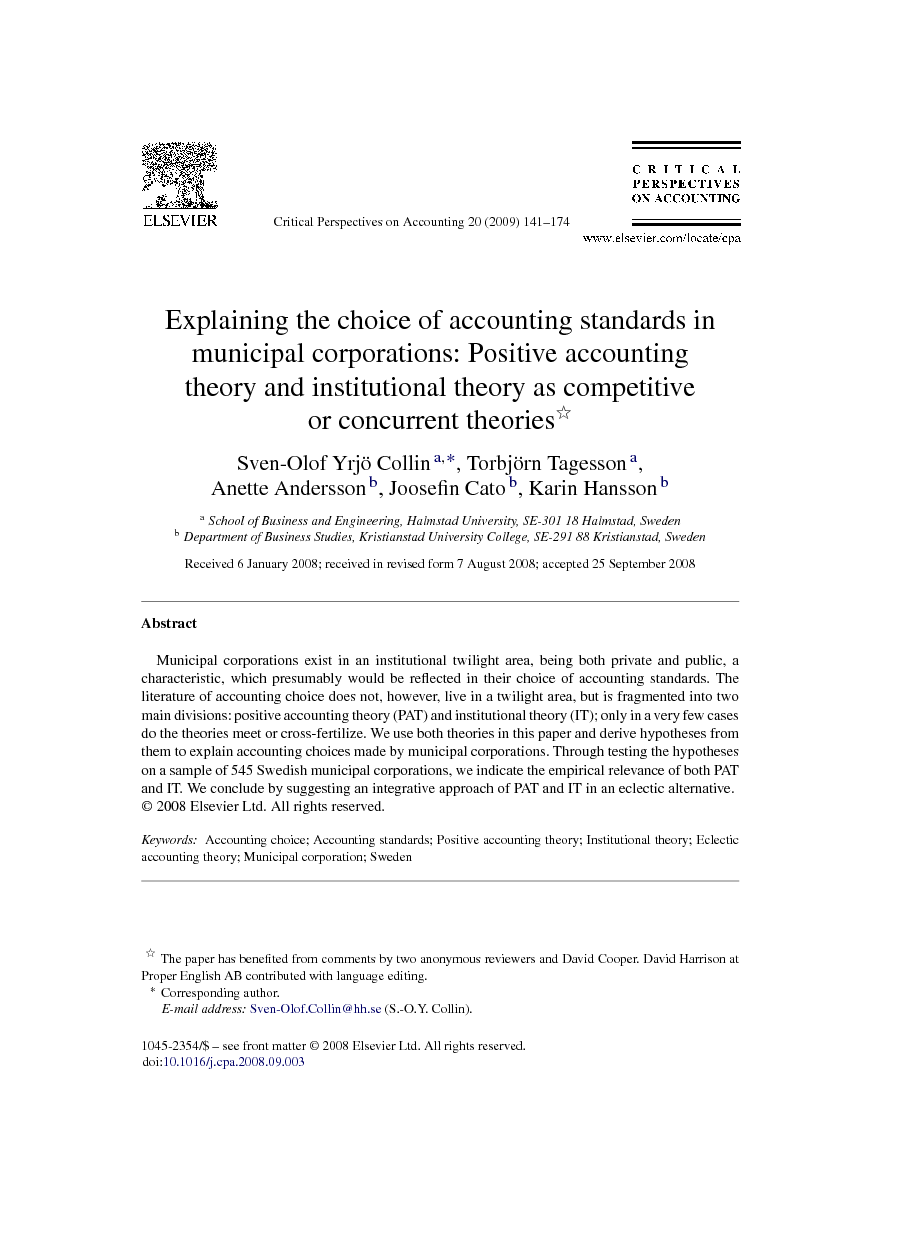 Municipal corporations exist in an institutional twilight area, being both private and public, a characteristic, which presumably would be reflected in their choice of accounting standards. The literature of accounting choice does not, however, live in a twilight area, but is fragmented into two main divisions: positive accounting theory (PAT) and institutional theory (IT); only in a very few cases do the theories meet or cross-fertilize. We use both theories in this paper and derive hypotheses from them to explain accounting choices made by municipal corporations. Through testing the hypotheses on a sample of 545 Swedish municipal corporations, we indicate the empirical relevance of both PAT and IT. We conclude by suggesting an integrative approach of PAT and IT in an eclectic alternative.

In conclusion, we propose a development towards EAT, an eclectic theory that mixes economic and institutional categories. The mix implies a lack of ontological coherence but this is not necessarily a disadvantage, for it could constitute the advantage of not restricting theoretical development to one single course. In fact, taking it to the extreme, one could claim that the ontology is created in the research action (Covaleski and Dirsmith, 1990 and Callon, 1998). The eclectic approach is not a simple solution, but as Hopwood (2002) emphasizes, there are no simple solutions. We hope that the suggested course of EAT can be a tiny morsel in the satisfaction of the infinite human hunger for understanding. After all, dialectics without the synthesizing ambition of an Aufhebung, the resolution of a dialectical contradiction (overcoming and at the same time preserving), will leave us only in the dawn of understanding, but “The owl of Minerva spreads its wings only with the falling of the dusk.” (Hegel, [1820] 1967:13).