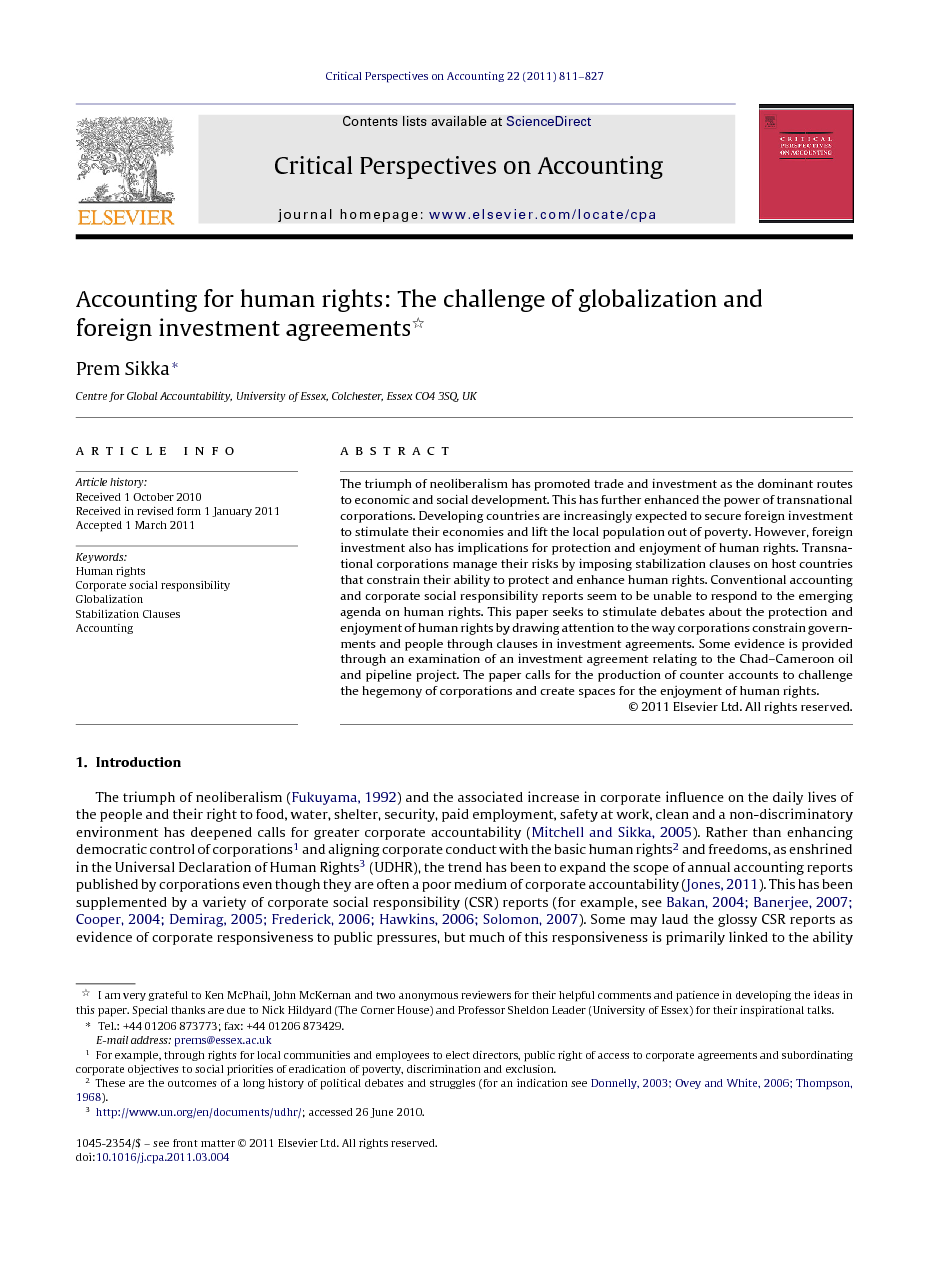 The triumph of neoliberalism has promoted trade and investment as the dominant routes to economic and social development. This has further enhanced the power of transnational corporations. Developing countries are increasingly expected to secure foreign investment to stimulate their economies and lift the local population out of poverty. However, foreign investment also has implications for protection and enjoyment of human rights. Transnational corporations manage their risks by imposing stabilization clauses on host countries that constrain their ability to protect and enhance human rights. Conventional accounting and corporate social responsibility reports seem to be unable to respond to the emerging agenda on human rights. This paper seeks to stimulate debates about the protection and enjoyment of human rights by drawing attention to the way corporations constrain governments and people through clauses in investment agreements. Some evidence is provided through an examination of an investment agreement relating to the Chad–Cameroon oil and pipeline project. The paper calls for the production of counter accounts to challenge the hegemony of corporations and create spaces for the enjoyment of human rights.