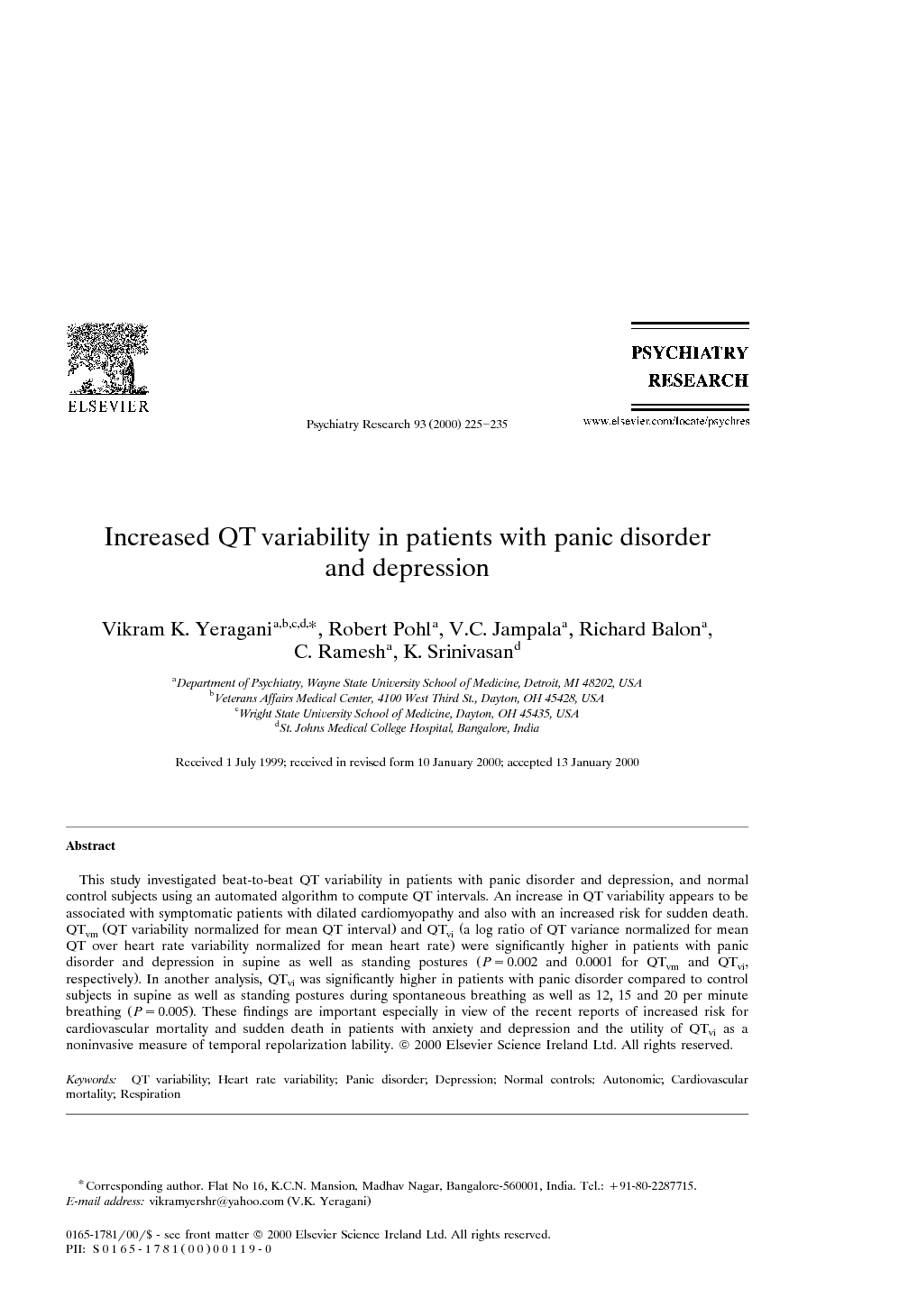 This study investigated beat-to-beat QT variability in patients with panic disorder and depression, and normal control subjects using an automated algorithm to compute QT intervals. An increase in QT variability appears to be associated with symptomatic patients with dilated cardiomyopathy and also with an increased risk for sudden death. QTvm (QT variability normalized for mean QT interval) and QTvi (a log ratio of QT variance normalized for mean QT over heart rate variability normalized for mean heart rate) were significantly higher in patients with panic disorder and depression in supine as well as standing postures (P=0.002 and 0.0001 for QTvm and QTvi, respectively). In another analysis, QTvi was significantly higher in patients with panic disorder compared to control subjects in supine as well as standing postures during spontaneous breathing as well as 12, 15 and 20 per minute breathing (P=0.005). These findings are important especially in view of the recent reports of increased risk for cardiovascular mortality and sudden death in patients with anxiety and depression and the utility of QTvi as a noninvasive measure of temporal repolarization lability.