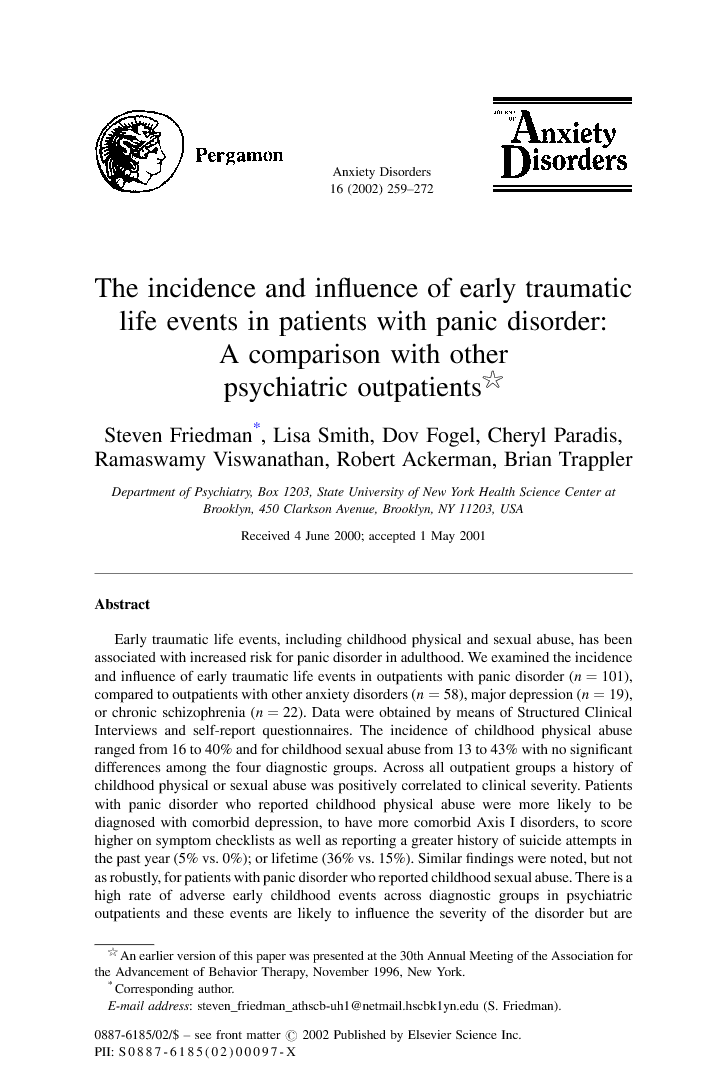 Early traumatic life events, including childhood physical and sexual abuse, has been associated with increased risk for panic disorder in adulthood. We examined the incidence and influence of early traumatic life events in outpatients with panic disorder (n=101), compared to outpatients with other anxiety disorders (n=58), major depression (n=19), or chronic schizophrenia (n=22). Data were obtained by means of Structured Clinical Interviews and self-report questionnaires. The incidence of childhood physical abuse ranged from 16 to 40% and for childhood sexual abuse from 13 to 43% with no significant differences among the four diagnostic groups. Across all outpatient groups a history of childhood physical or sexual abuse was positively correlated to clinical severity. Patients with panic disorder who reported childhood physical abuse were more likely to be diagnosed with comorbid depression, to have more comorbid Axis I disorders, to score higher on symptom checklists as well as reporting a greater history of suicide attempts in the past year (5% vs. 0%); or lifetime (36% vs. 15%). Similar findings were noted, but not as robustly, for patients with panic disorder who reported childhood sexual abuse. There is a high rate of adverse early childhood events across diagnostic groups in psychiatric outpatients and these events are likely to influence the severity of the disorder but are unlikely to be a unique risk factor for any one type of disorder.