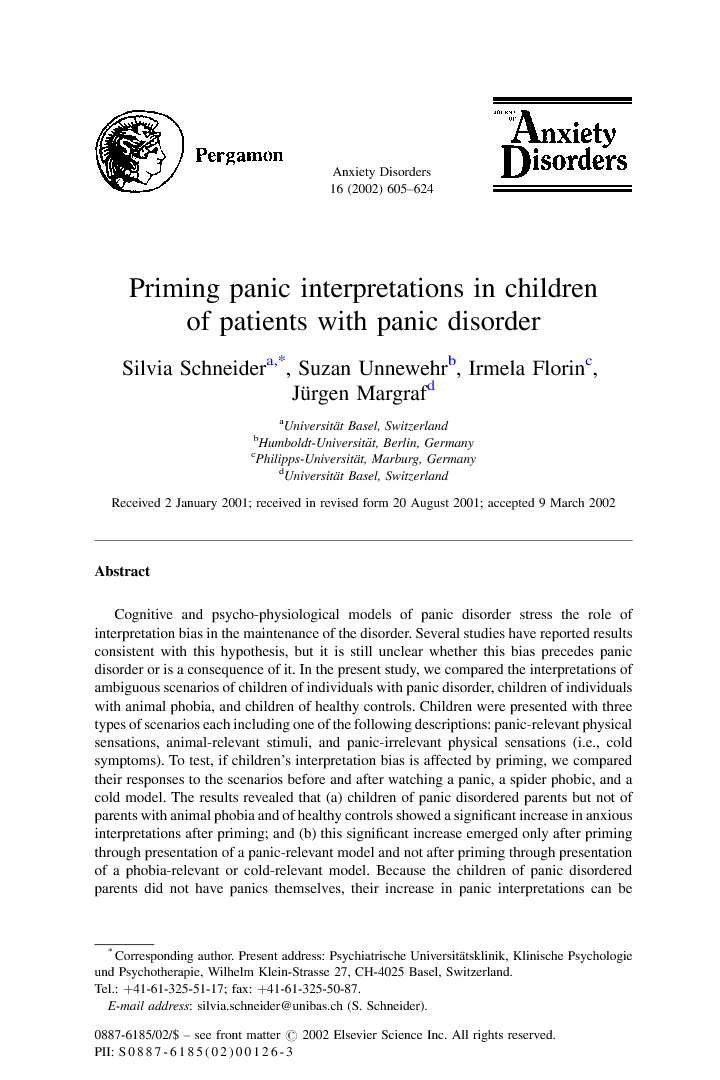 Cognitive and psycho-physiological models of panic disorder stress the role of interpretation bias in the maintenance of the disorder. Several studies have reported results consistent with this hypothesis, but it is still unclear whether this bias precedes panic disorder or is a consequence of it. In the present study, we compared the interpretations of ambiguous scenarios of children of individuals with panic disorder, children of individuals with animal phobia, and children of healthy controls. Children were presented with three types of scenarios each including one of the following descriptions: panic-relevant physical sensations, animal-relevant stimuli, and panic-irrelevant physical sensations (i.e., cold symptoms). To test, if children’s interpretation bias is affected by priming, we compared their responses to the scenarios before and after watching a panic, a spider phobic, and a cold model. The results revealed that (a) children of panic disordered parents but not of parents with animal phobia and of healthy controls showed a significant increase in anxious interpretations after priming; and (b) this significant increase emerged only after priming through presentation of a panic-relevant model and not after priming through presentation of a phobia-relevant or cold-relevant model. Because the children of panic disordered parents did not have panics themselves, their increase in panic interpretations can be viewed as a vulnerability factor. Longitudinal studies should clarify the role of interpretation style in the etiology of panic disorder.