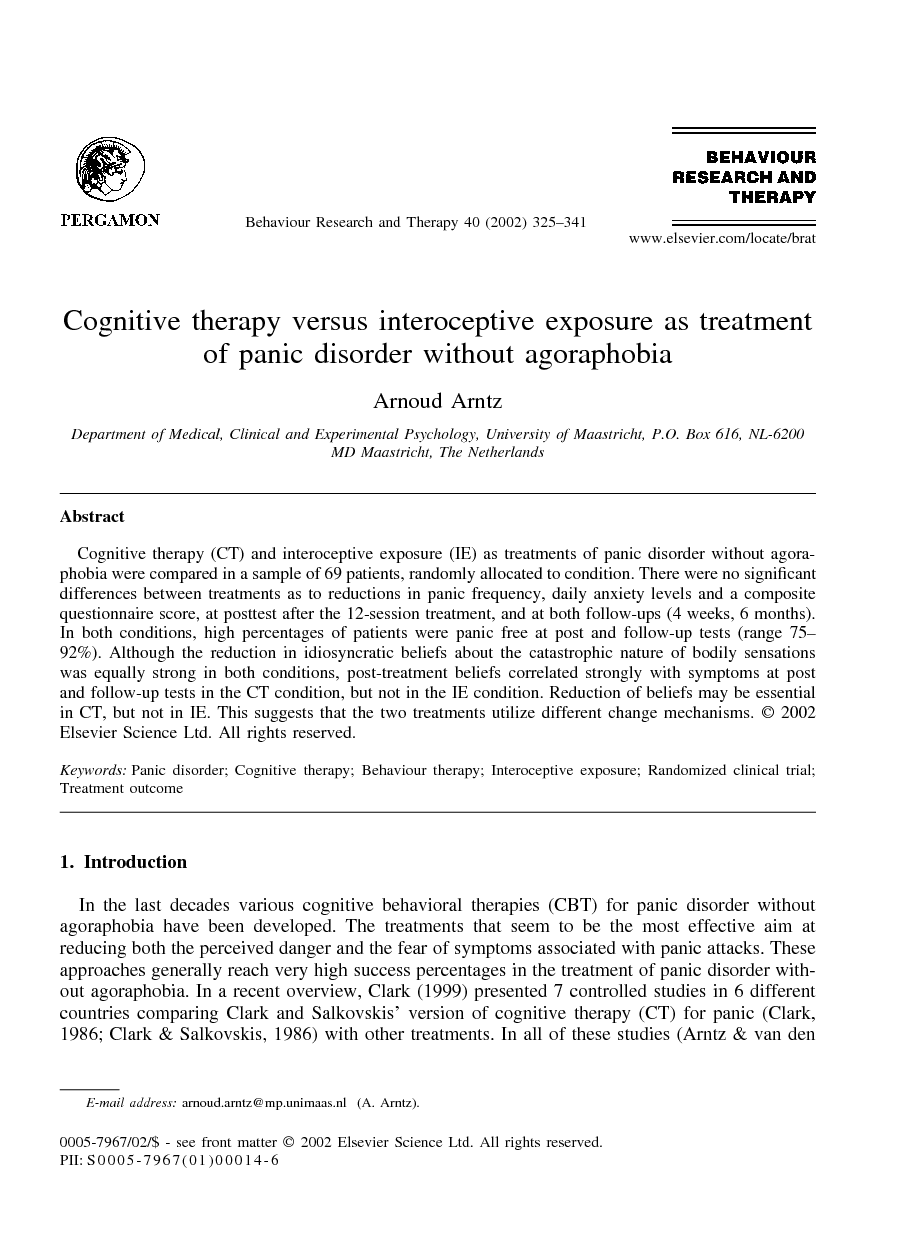 Cognitive therapy (CT) and interoceptive exposure (IE) as treatments of panic disorder without agoraphobia were compared in a sample of 69 patients, randomly allocated to condition. There were no significant differences between treatments as to reductions in panic frequency, daily anxiety levels and a composite questionnaire score, at posttest after the 12-session treatment, and at both follow-ups (4 weeks, 6 months). In both conditions, high percentages of patients were panic free at post and follow-up tests (range 75–92%). Although the reduction in idiosyncratic beliefs about the catastrophic nature of bodily sensations was equally strong in both conditions, post-treatment beliefs correlated strongly with symptoms at post and follow-up tests in the CT condition, but not in the IE condition. Reduction of beliefs may be essential in CT, but not in IE. This suggests that the two treatments utilize different change mechanisms.