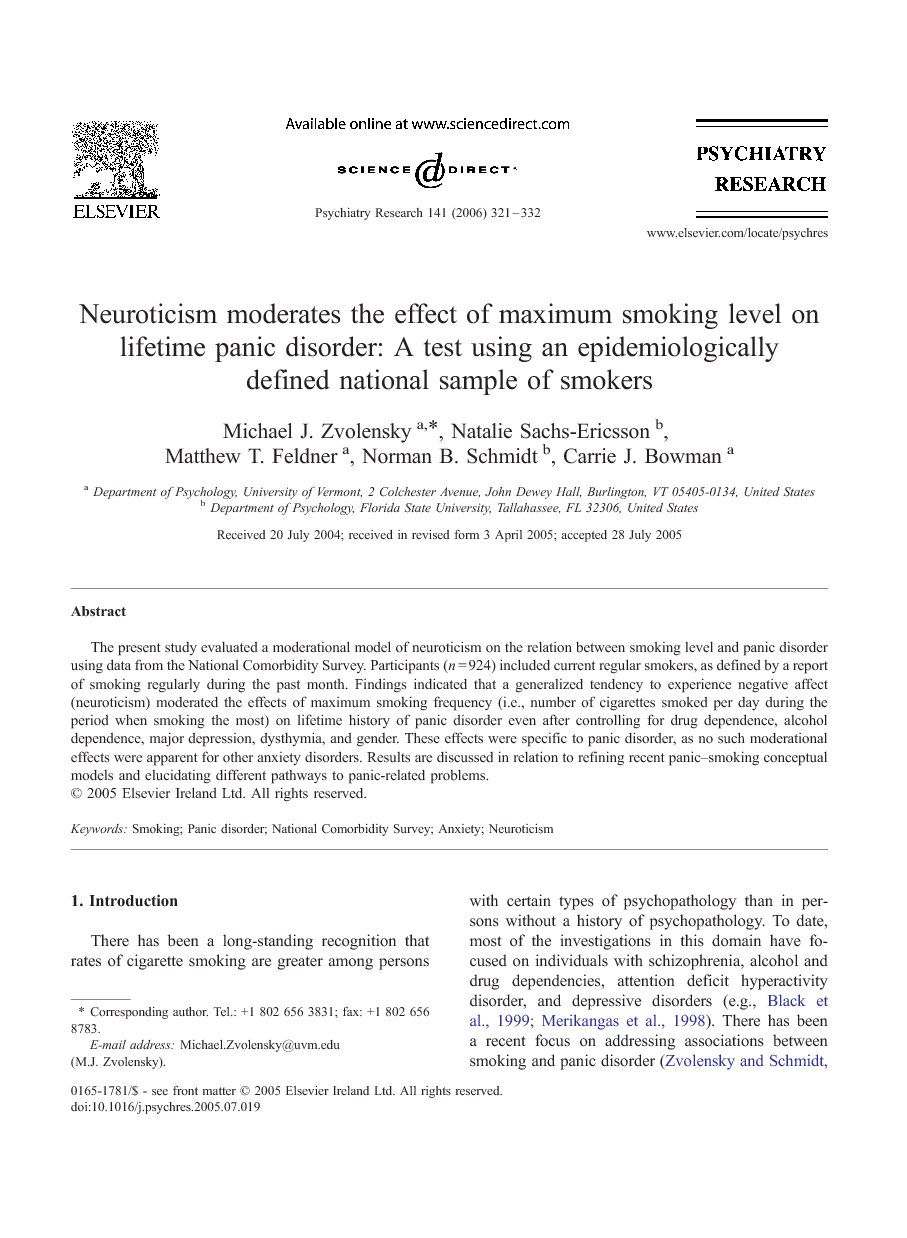 The present study evaluated a moderational model of neuroticism on the relation between smoking level and panic disorder using data from the National Comorbidity Survey. Participants (n = 924) included current regular smokers, as defined by a report of smoking regularly during the past month. Findings indicated that a generalized tendency to experience negative affect (neuroticism) moderated the effects of maximum smoking frequency (i.e., number of cigarettes smoked per day during the period when smoking the most) on lifetime history of panic disorder even after controlling for drug dependence, alcohol dependence, major depression, dysthymia, and gender. These effects were specific to panic disorder, as no such moderational effects were apparent for other anxiety disorders. Results are discussed in relation to refining recent panic–smoking conceptual models and elucidating different pathways to panic-related problems.