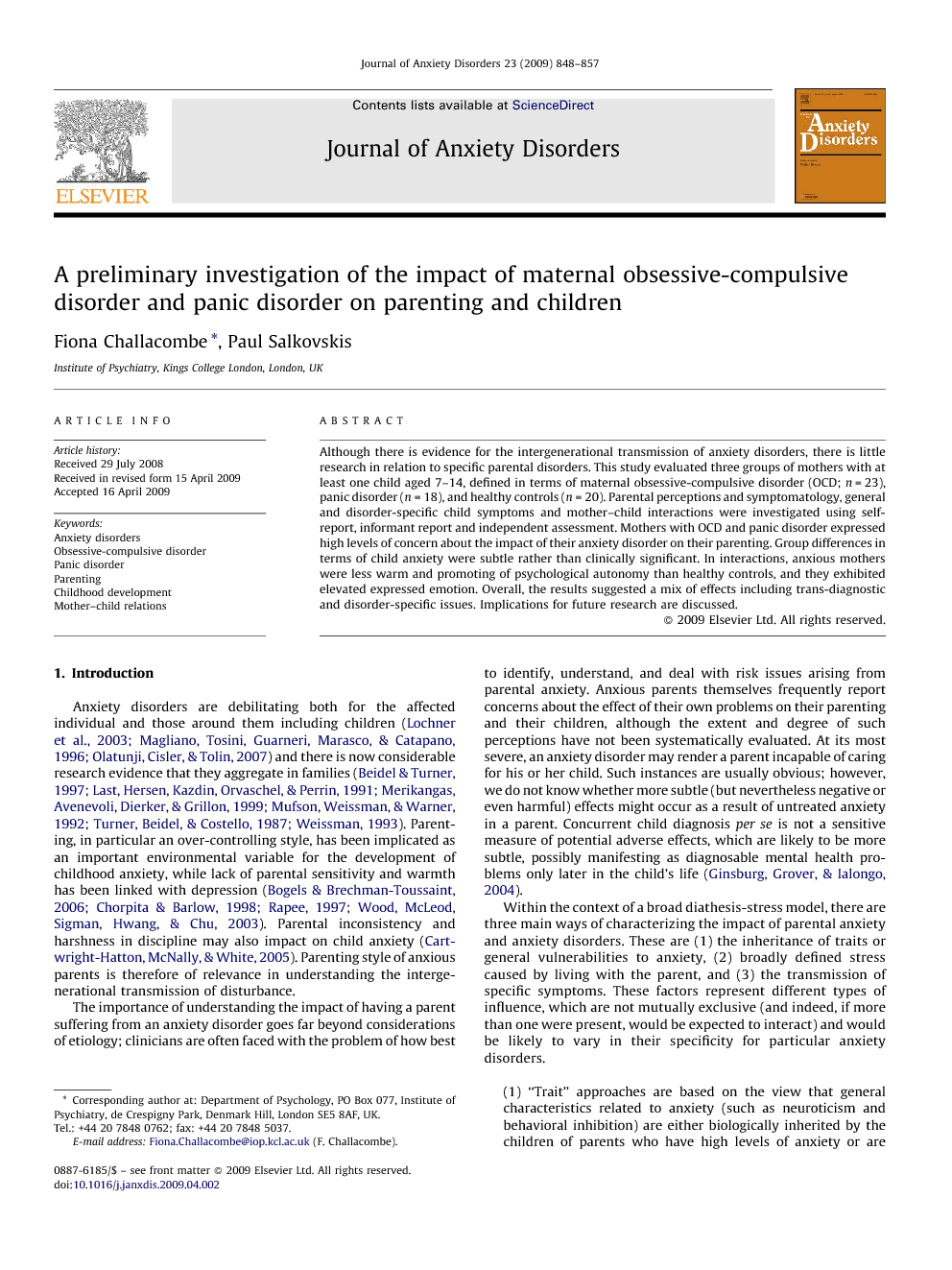 Although there is evidence for the intergenerational transmission of anxiety disorders, there is little research in relation to specific parental disorders. This study evaluated three groups of mothers with at least one child aged 7–14, defined in terms of maternal obsessive-compulsive disorder (OCD; n = 23), panic disorder (n = 18), and healthy controls (n = 20). Parental perceptions and symptomatology, general and disorder-specific child symptoms and mother–child interactions were investigated using self-report, informant report and independent assessment. Mothers with OCD and panic disorder expressed high levels of concern about the impact of their anxiety disorder on their parenting. Group differences in terms of child anxiety were subtle rather than clinically significant. In interactions, anxious mothers were less warm and promoting of psychological autonomy than healthy controls, and they exhibited elevated expressed emotion. Overall, the results suggested a mix of effects including trans-diagnostic and disorder-specific issues. Implications for future research are discussed.