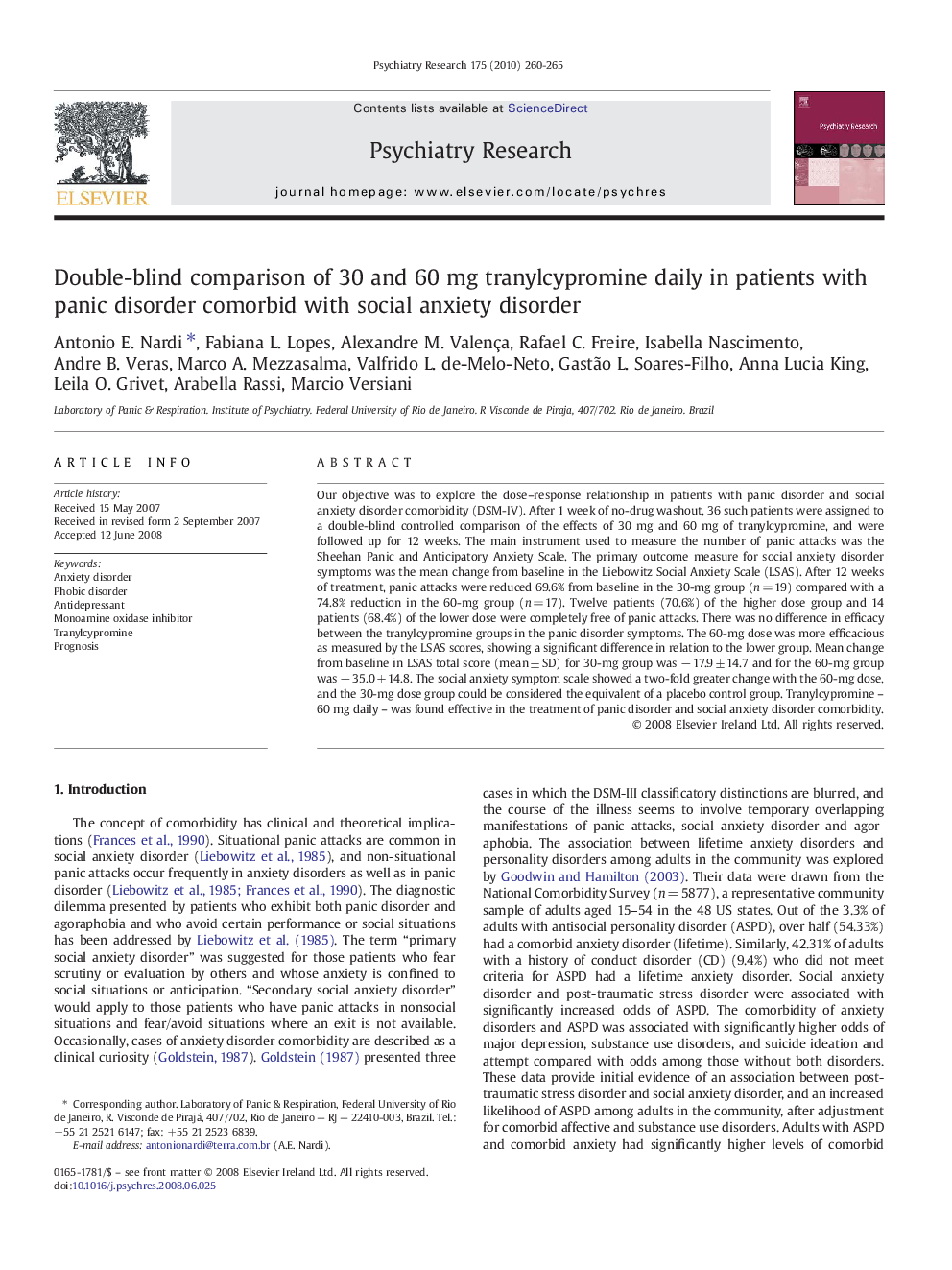 Our objective was to explore the dose–response relationship in patients with panic disorder and social anxiety disorder comorbidity (DSM-IV). After 1 week of no-drug washout, 36 such patients were assigned to a double-blind controlled comparison of the effects of 30 mg and 60 mg of tranylcypromine, and were followed up for 12 weeks. The main instrument used to measure the number of panic attacks was the Sheehan Panic and Anticipatory Anxiety Scale. The primary outcome measure for social anxiety disorder symptoms was the mean change from baseline in the Liebowitz Social Anxiety Scale (LSAS). After 12 weeks of treatment, panic attacks were reduced 69.6% from baseline in the 30-mg group (n = 19) compared with a 74.8% reduction in the 60-mg group (n = 17). Twelve patients (70.6%) of the higher dose group and 14 patients (68.4%) of the lower dose were completely free of panic attacks. There was no difference in efficacy between the tranylcypromine groups in the panic disorder symptoms. The 60-mg dose was more efficacious as measured by the LSAS scores, showing a significant difference in relation to the lower group. Mean change from baseline in LSAS total score (mean ± SD) for 30-mg group was − 17.9 ± 14.7 and for the 60-mg group was − 35.0 ± 14.8. The social anxiety symptom scale showed a two-fold greater change with the 60-mg dose, and the 30-mg dose group could be considered the equivalent of a placebo control group. Tranylcypromine – 60 mg daily – was found effective in the treatment of panic disorder and social anxiety disorder comorbidity.