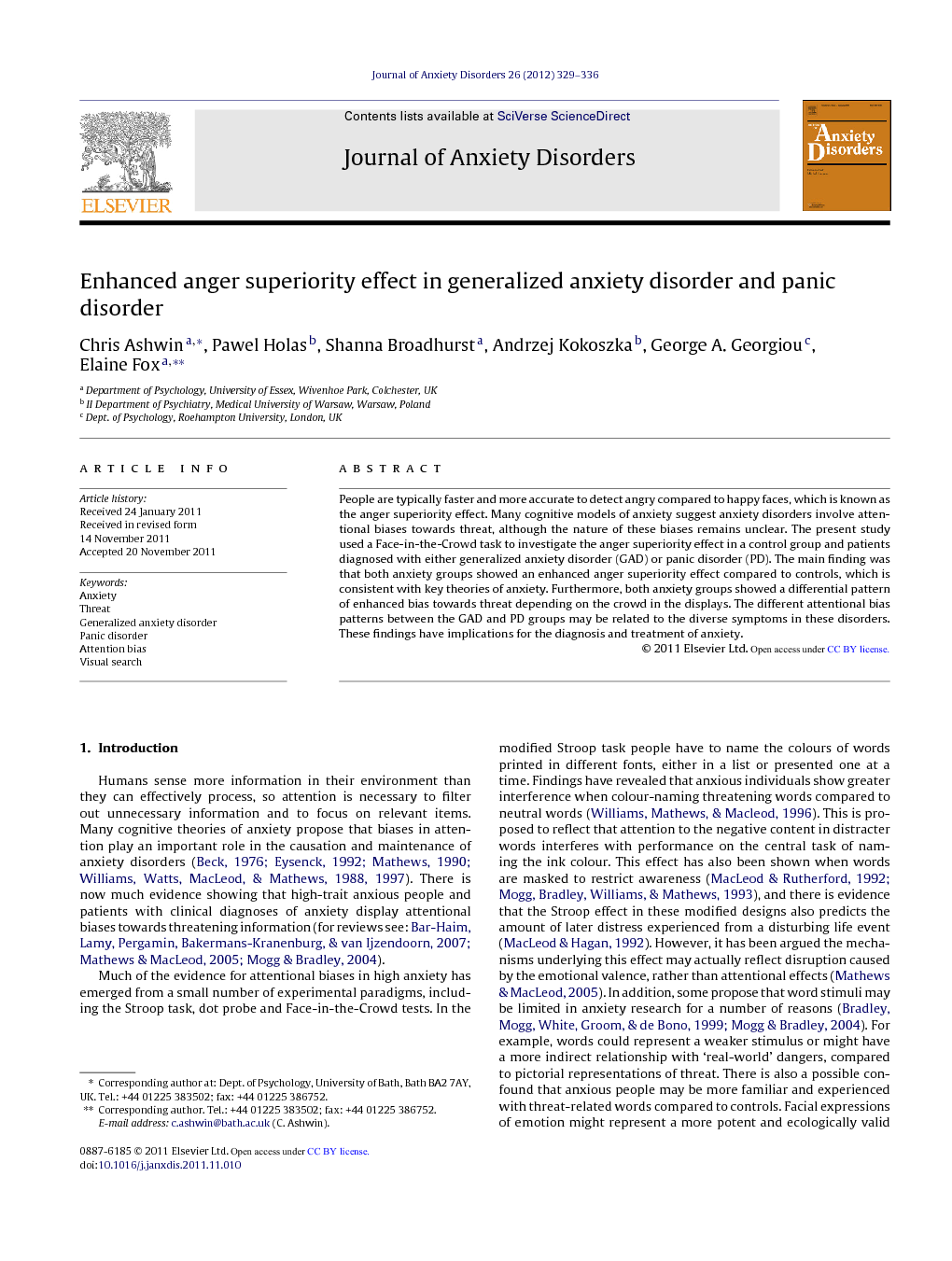 People are typically faster and more accurate to detect angry compared to happy faces, which is known as the anger superiority effect. Many cognitive models of anxiety suggest anxiety disorders involve attentional biases towards threat, although the nature of these biases remains unclear. The present study used a Face-in-the-Crowd task to investigate the anger superiority effect in a control group and patients diagnosed with either generalized anxiety disorder (GAD) or panic disorder (PD). The main finding was that both anxiety groups showed an enhanced anger superiority effect compared to controls, which is consistent with key theories of anxiety. Furthermore, both anxiety groups showed a differential pattern of enhanced bias towards threat depending on the crowd in the displays. The different attentional bias patterns between the GAD and PD groups may be related to the diverse symptoms in these disorders. These findings have implications for the diagnosis and treatment of anxiety.