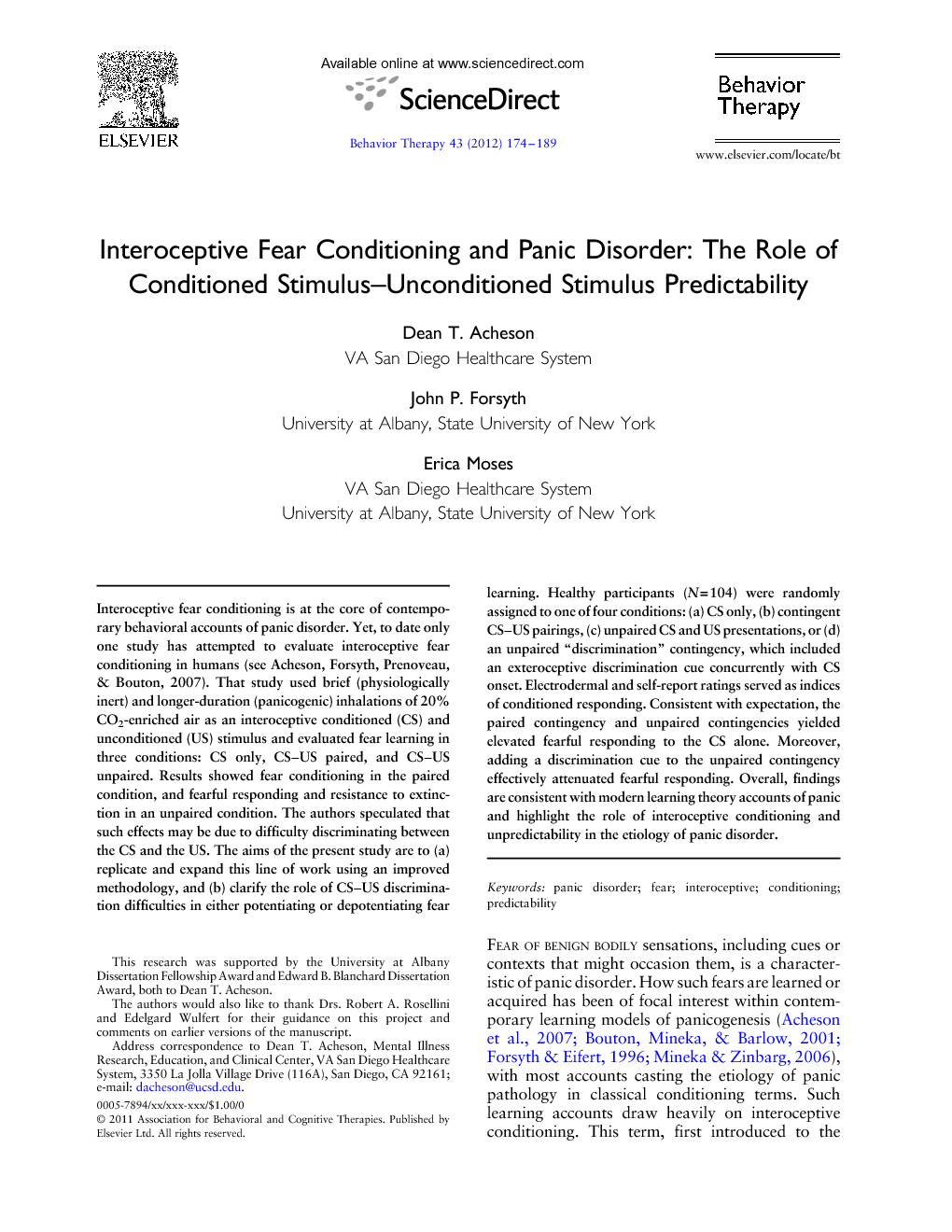 Interoceptive fear conditioning is at the core of contemporary behavioral accounts of panic disorder. Yet, to date only one study has attempted to evaluate interoceptive fear conditioning in humans (see Acheson, Forsyth, Prenoveau, & Bouton, 2007). That study used brief (physiologically inert) and longer-duration (panicogenic) inhalations of 20% CO2-enriched air as an interoceptive conditioned (CS) and unconditioned (US) stimulus and evaluated fear learning in three conditions: CS only, CS–US paired, and CS–US unpaired. Results showed fear conditioning in the paired condition, and fearful responding and resistance to extinction in an unpaired condition. The authors speculated that such effects may be due to difficulty discriminating between the CS and the US. The aims of the present study are to (a) replicate and expand this line of work using an improved methodology, and (b) clarify the role of CS–US discrimination difficulties in either potentiating or depotentiating fear learning. Healthy participants (N = 104) were randomly assigned to one of four conditions: (a) CS only, (b) contingent CS–US pairings, (c) unpaired CS and US presentations, or (d) an unpaired “discrimination” contingency, which included an exteroceptive discrimination cue concurrently with CS onset. Electrodermal and self-report ratings served as indices of conditioned responding. Consistent with expectation, the paired contingency and unpaired contingencies yielded elevated fearful responding to the CS alone. Moreover, adding a discrimination cue to the unpaired contingency effectively attenuated fearful responding. Overall, findings are consistent with modern learning theory accounts of panic and highlight the role of interoceptive conditioning and unpredictability in the etiology of panic disorder.