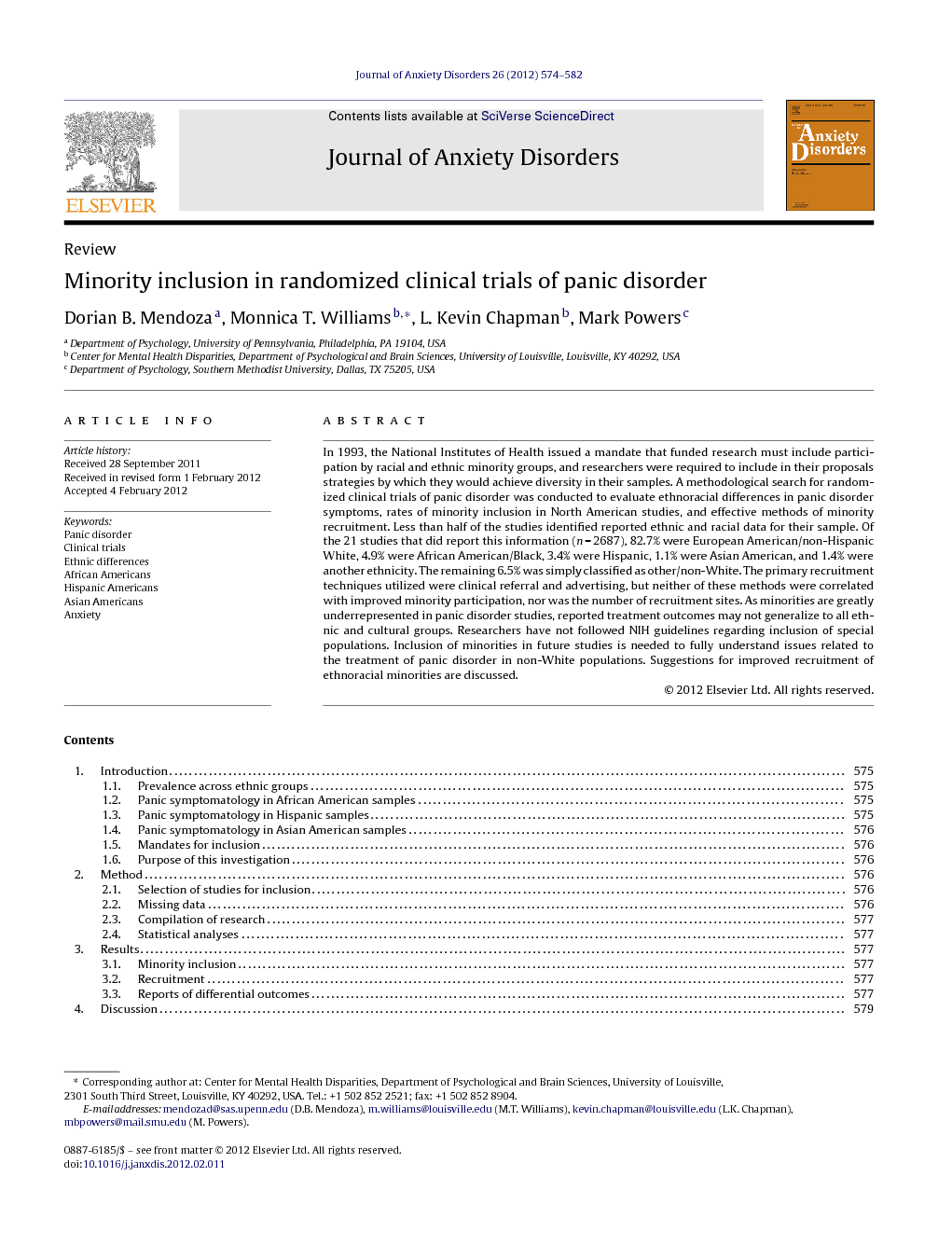 In 1993, the National Institutes of Health issued a mandate that funded research must include participation by racial and ethnic minority groups, and researchers were required to include in their proposals strategies by which they would achieve diversity in their samples. A methodological search for randomized clinical trials of panic disorder was conducted to evaluate ethnoracial differences in panic disorder symptoms, rates of minority inclusion in North American studies, and effective methods of minority recruitment. Less than half of the studies identified reported ethnic and racial data for their sample. Of the 21 studies that did report this information (n = 2687), 82.7% were European American/non-Hispanic White, 4.9% were African American/Black, 3.4% were Hispanic, 1.1% were Asian American, and 1.4% were another ethnicity. The remaining 6.5% was simply classified as other/non-White. The primary recruitment techniques utilized were clinical referral and advertising, but neither of these methods were correlated with improved minority participation, nor was the number of recruitment sites. As minorities are greatly underrepresented in panic disorder studies, reported treatment outcomes may not generalize to all ethnic and cultural groups. Researchers have not followed NIH guidelines regarding inclusion of special populations. Inclusion of minorities in future studies is needed to fully understand issues related to the treatment of panic disorder in non-White populations. Suggestions for improved recruitment of ethnoracial minorities are discussed.