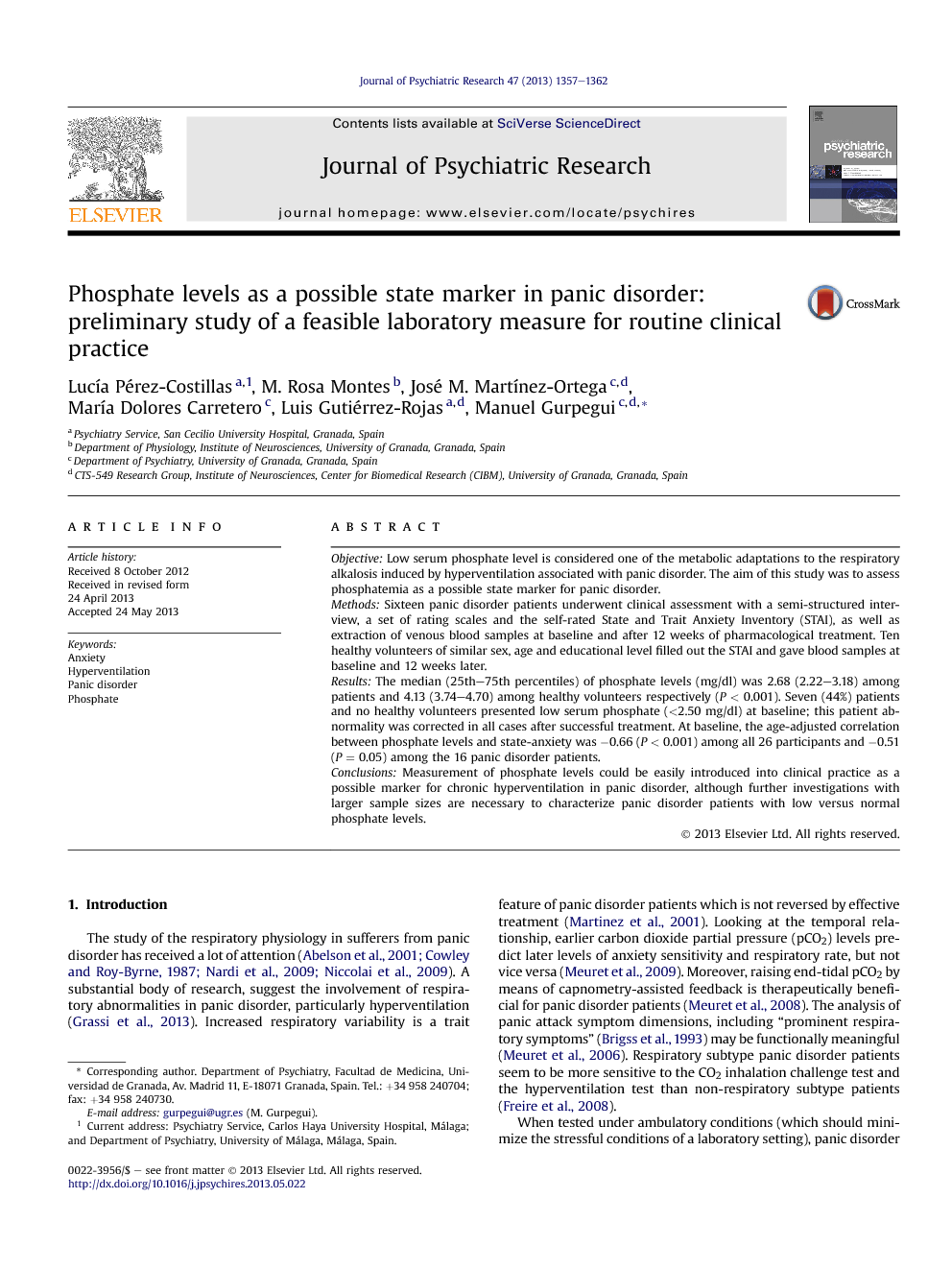 Objective Low serum phosphate level is considered one of the metabolic adaptations to the respiratory alkalosis induced by hyperventilation associated with panic disorder. The aim of this study was to assess phosphatemia as a possible state marker for panic disorder. Methods Sixteen panic disorder patients underwent clinical assessment with a semi-structured interview, a set of rating scales and the self-rated State and Trait Anxiety Inventory (STAI), as well as extraction of venous blood samples at baseline and after 12 weeks of pharmacological treatment. Ten healthy volunteers of similar sex, age and educational level filled out the STAI and gave blood samples at baseline and 12 weeks later. Results The median (25th–75th percentiles) of phosphate levels (mg/dl) was 2.68 (2.22–3.18) among patients and 4.13 (3.74–4.70) among healthy volunteers respectively (P < 0.001). Seven (44%) patients and no healthy volunteers presented low serum phosphate (<2.50 mg/dl) at baseline; this patient abnormality was corrected in all cases after successful treatment. At baseline, the age-adjusted correlation between phosphate levels and state-anxiety was −0.66 (P < 0.001) among all 26 participants and −0.51 (P = 0.05) among the 16 panic disorder patients. Conclusions Measurement of phosphate levels could be easily introduced into clinical practice as a possible marker for chronic hyperventilation in panic disorder, although further investigations with larger sample sizes are necessary to characterize panic disorder patients with low versus normal phosphate levels.