عنوان انگلیسی
“But it might be a heart attack”: Intolerance of uncertainty and panic disorder symptoms
دانلود فوری مقاله + سفارش ترجمه 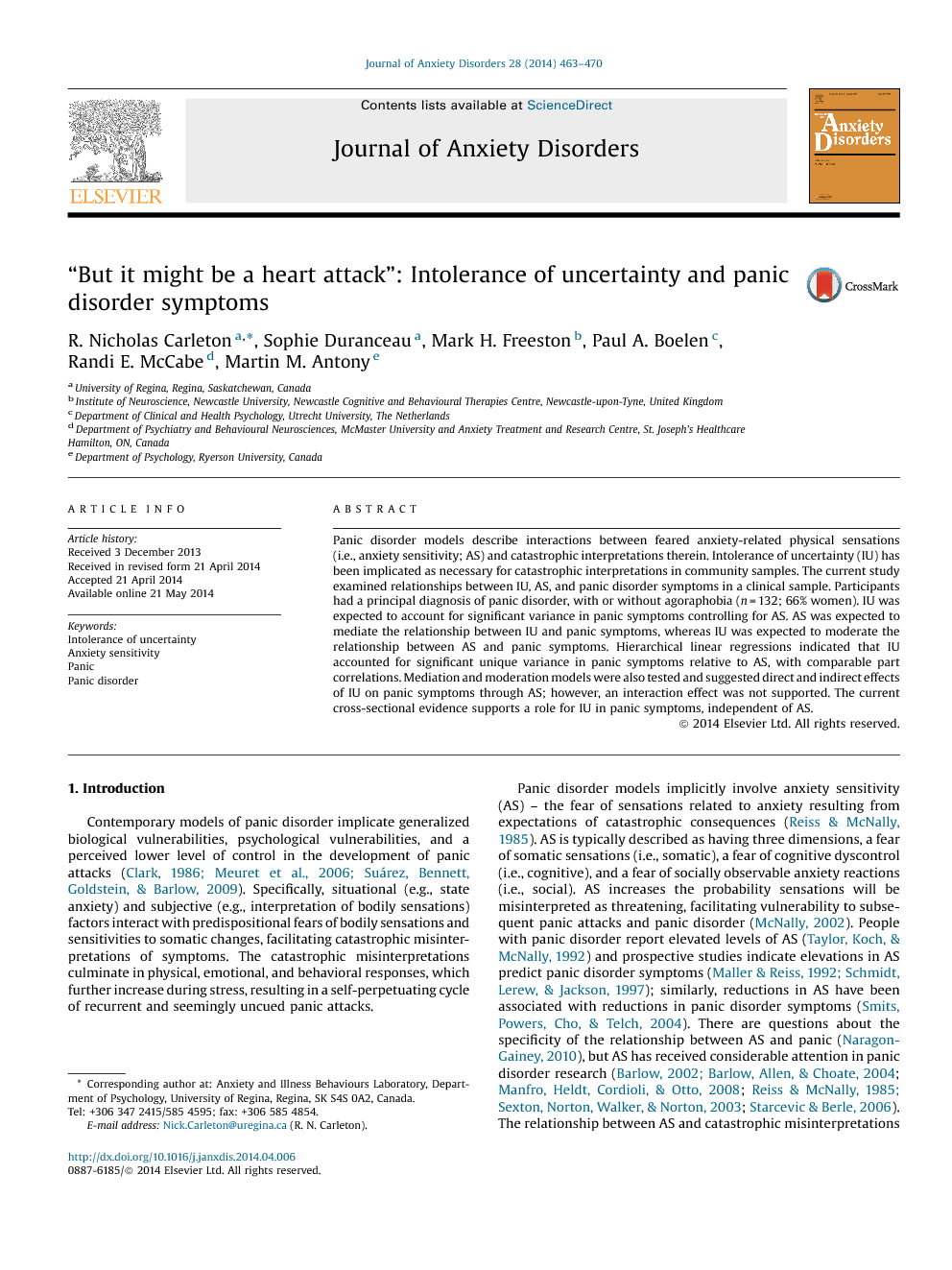 Panic disorder models describe interactions between feared anxiety-related physical sensations (i.e., anxiety sensitivity; AS) and catastrophic interpretations therein. Intolerance of uncertainty (IU) has been implicated as necessary for catastrophic interpretations in community samples. The current study examined relationships between IU, AS, and panic disorder symptoms in a clinical sample. Participants had a principal diagnosis of panic disorder, with or without agoraphobia (n = 132; 66% women). IU was expected to account for significant variance in panic symptoms controlling for AS. AS was expected to mediate the relationship between IU and panic symptoms, whereas IU was expected to moderate the relationship between AS and panic symptoms. Hierarchical linear regressions indicated that IU accounted for significant unique variance in panic symptoms relative to AS, with comparable part correlations. Mediation and moderation models were also tested and suggested direct and indirect effects of IU on panic symptoms through AS; however, an interaction effect was not supported. The current cross-sectional evidence supports a role for IU in panic symptoms, independent of AS.