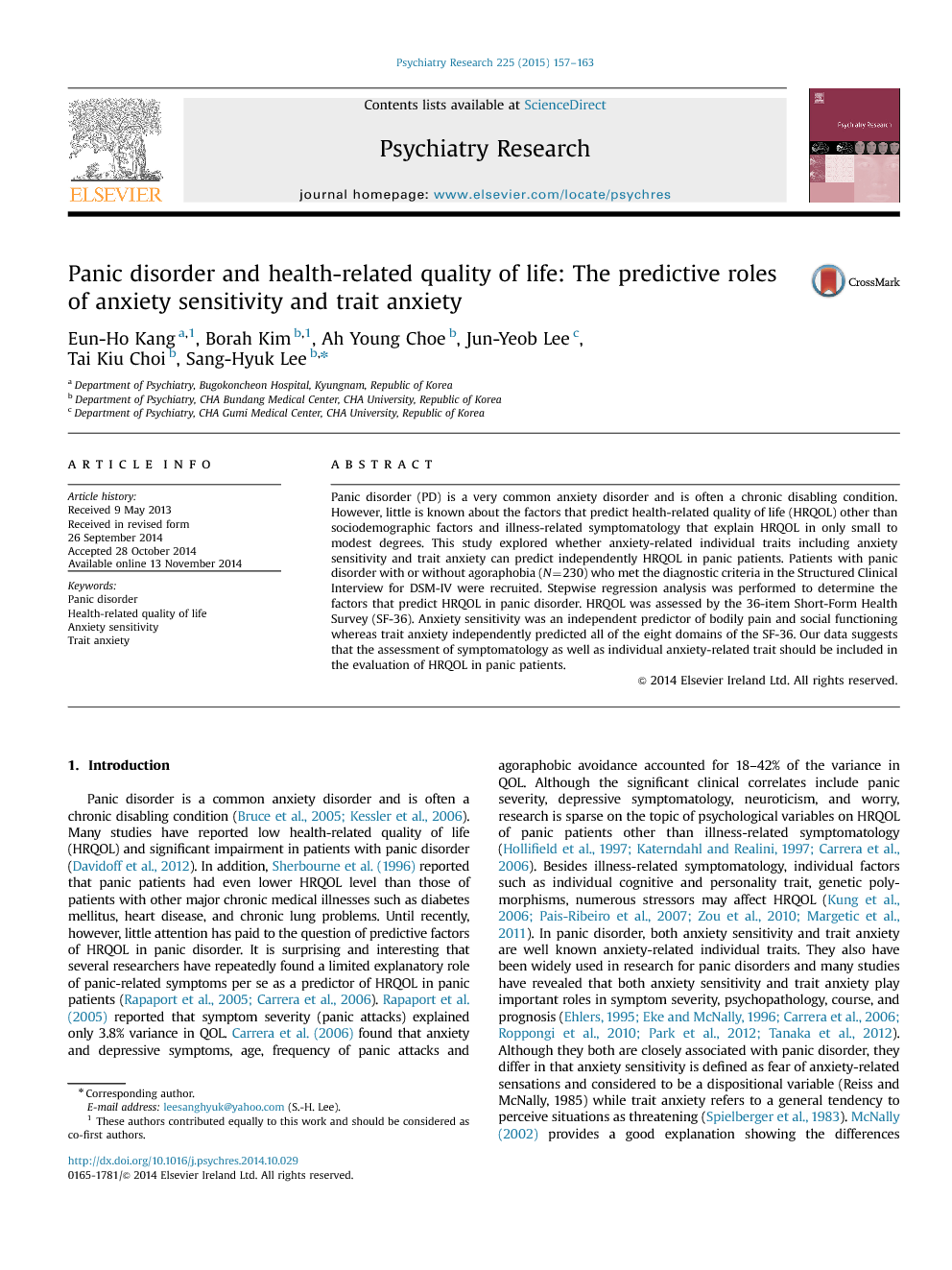 Panic disorder (PD) is a very common anxiety disorder and is often a chronic disabling condition. However, little is known about the factors that predict health-related quality of life (HRQOL) other than sociodemographic factors and illness-related symptomatology that explain HRQOL in only small to modest degrees. This study explored whether anxiety-related individual traits including anxiety sensitivity and trait anxiety can predict independently HRQOL in panic patients. Patients with panic disorder with or without agoraphobia (N=230) who met the diagnostic criteria in the Structured Clinical Interview for DSM-IV were recruited. Stepwise regression analysis was performed to determine the factors that predict HRQOL in panic disorder. HRQOL was assessed by the 36-item Short-Form Health Survey (SF-36). Anxiety sensitivity was an independent predictor of bodily pain and social functioning whereas trait anxiety independently predicted all of the eight domains of the SF-36. Our data suggests that the assessment of symptomatology as well as individual anxiety-related trait should be included in the evaluation of HRQOL in panic patients.