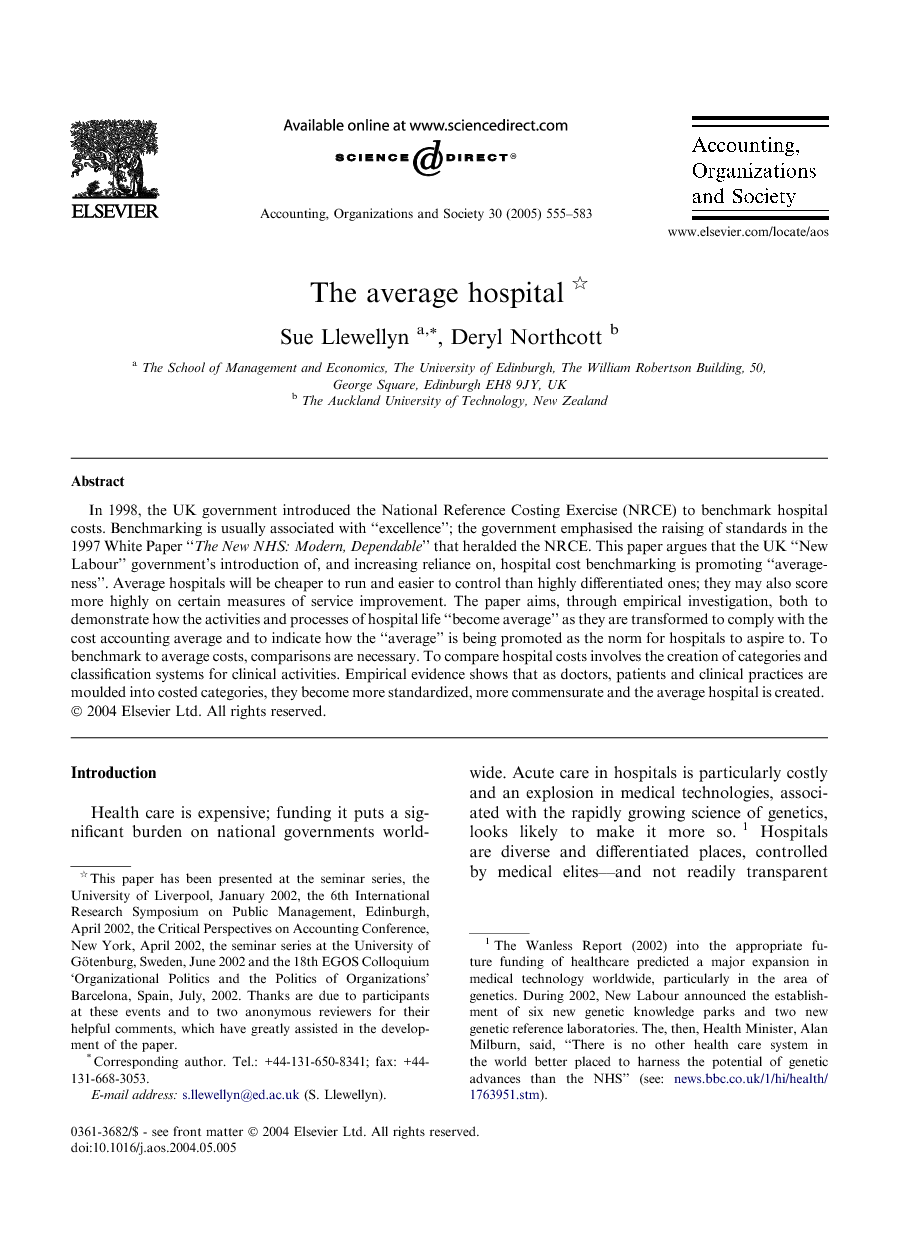 In 1998, the UK government introduced the National Reference Costing Exercise (NRCE) to benchmark hospital costs. Benchmarking is usually associated with “excellence”; the government emphasised the raising of standards in the 1997 White Paper “The New NHS: Modern, Dependable” that heralded the NRCE. This paper argues that the UK “New Labour” government's introduction of, and increasing reliance on, hospital cost benchmarking is promoting “averageness”. Average hospitals will be cheaper to run and easier to control than highly differentiated ones; they may also score more highly on certain measures of service improvement. The paper aims, through empirical investigation, both to demonstrate how the activities and processes of hospital life “become average” as they are transformed to comply with the cost accounting average and to indicate how the “average” is being promoted as the norm for hospitals to aspire to. To benchmark to average costs, comparisons are necessary. To compare hospital costs involves the creation of categories and classification systems for clinical activities. Empirical evidence shows that as doctors, patients and clinical practices are moulded into costed categories, they become more standardized, more commensurate and the average hospital is created.