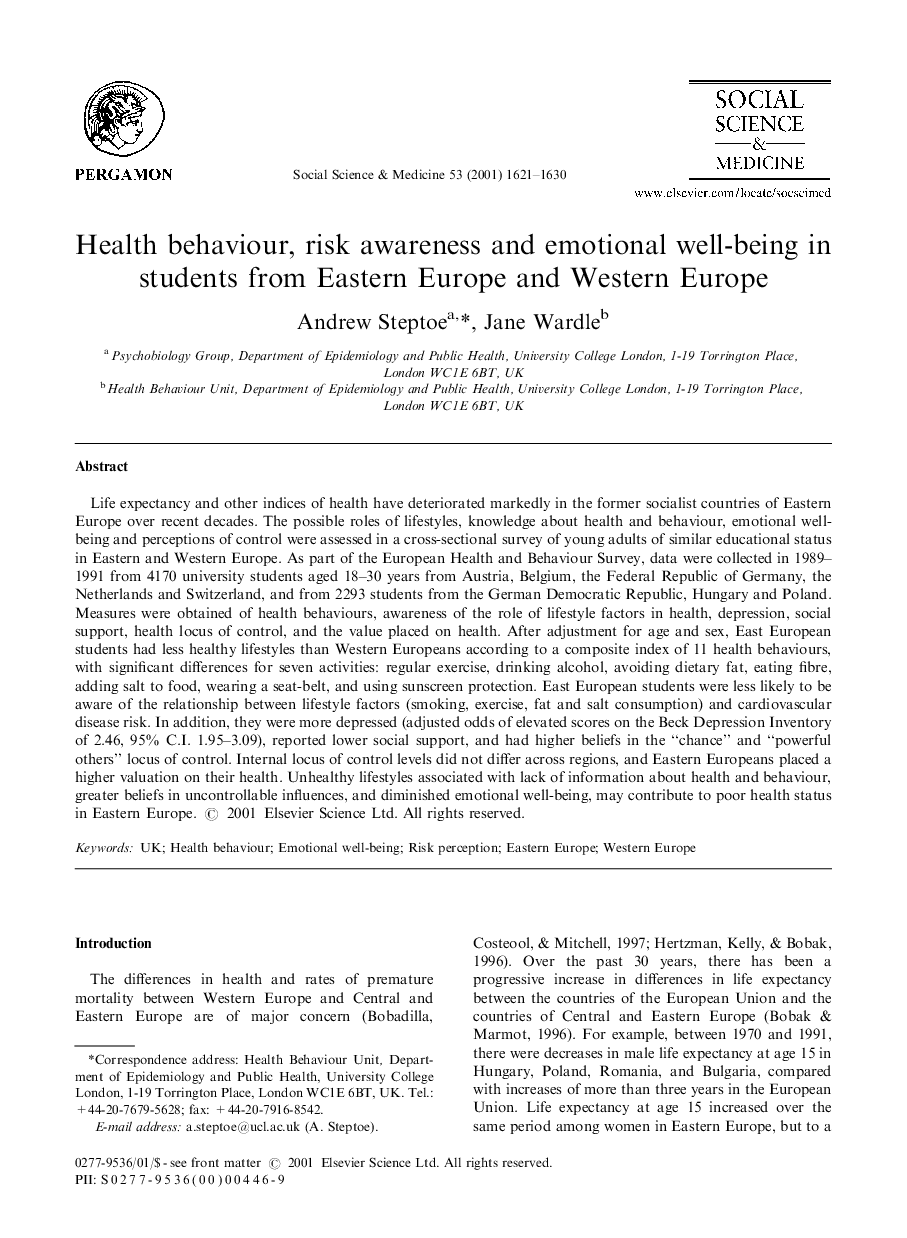 Life expectancy and other indices of health have deteriorated markedly in the former socialist countries of Eastern Europe over recent decades. The possible roles of lifestyles, knowledge about health and behaviour, emotional well-being and perceptions of control were assessed in a cross-sectional survey of young adults of similar educational status in Eastern and Western Europe. As part of the European Health and Behaviour Survey, data were collected in 1989–1991 from 4170 university students aged 18–30 years from Austria, Belgium, the Federal Republic of Germany, the Netherlands and Switzerland, and from 2293 students from the German Democratic Republic, Hungary and Poland. Measures were obtained of health behaviours, awareness of the role of lifestyle factors in health, depression, social support, health locus of control, and the value placed on health. After adjustment for age and sex, East European students had less healthy lifestyles than Western Europeans according to a composite index of 11 health behaviours, with significant differences for seven activities: regular exercise, drinking alcohol, avoiding dietary fat, eating fibre, adding salt to food, wearing a seat-belt, and using sunscreen protection. East European students were less likely to be aware of the relationship between lifestyle factors (smoking, exercise, fat and salt consumption) and cardiovascular disease risk. In addition, they were more depressed (adjusted odds of elevated scores on the Beck Depression Inventory of 2.46, 95% C.I. 1.95–3.09), reported lower social support, and had higher beliefs in the “chance” and “powerful others” locus of control. Internal locus of control levels did not differ across regions, and Eastern Europeans placed a higher valuation on their health. Unhealthy lifestyles associated with lack of information about health and behaviour, greater beliefs in uncontrollable influences, and diminished emotional well-being, may contribute to poor health status in Eastern Europe.