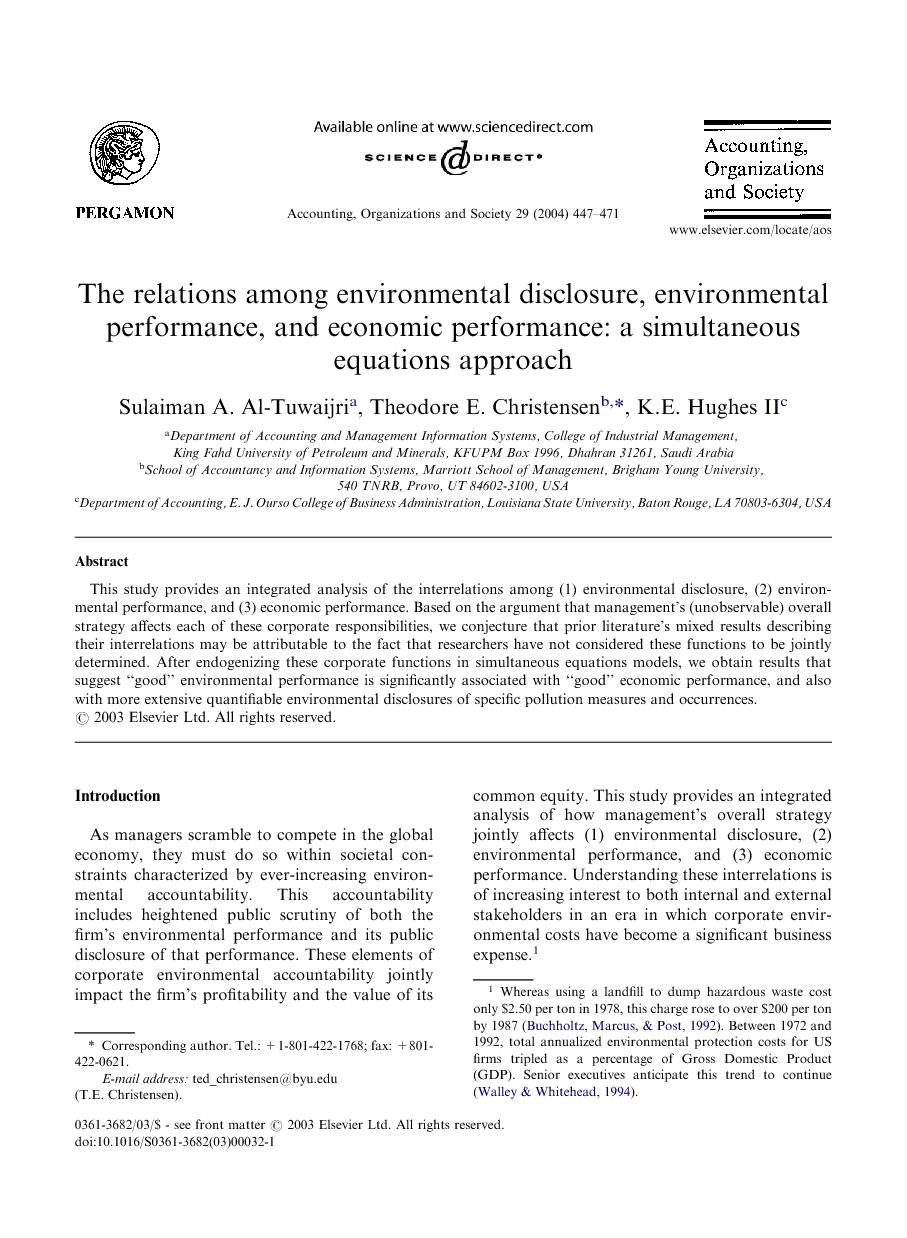 This study provides an integrated analysis of the interrelations among (1) environmental disclosure, (2) environmental performance, and (3) economic performance. Based on the argument that management's (unobservable) overall strategy affects each of these corporate responsibilities, we conjecture that prior literature's mixed results describing their interrelations may be attributable to the fact that researchers have not considered these functions to be jointly determined. After endogenizing these corporate functions in simultaneous equations models, we obtain results that suggest “good” environmental performance is significantly associated with “good” economic performance, and also with more extensive quantifiable environmental disclosures of specific pollution measures and occurrences.