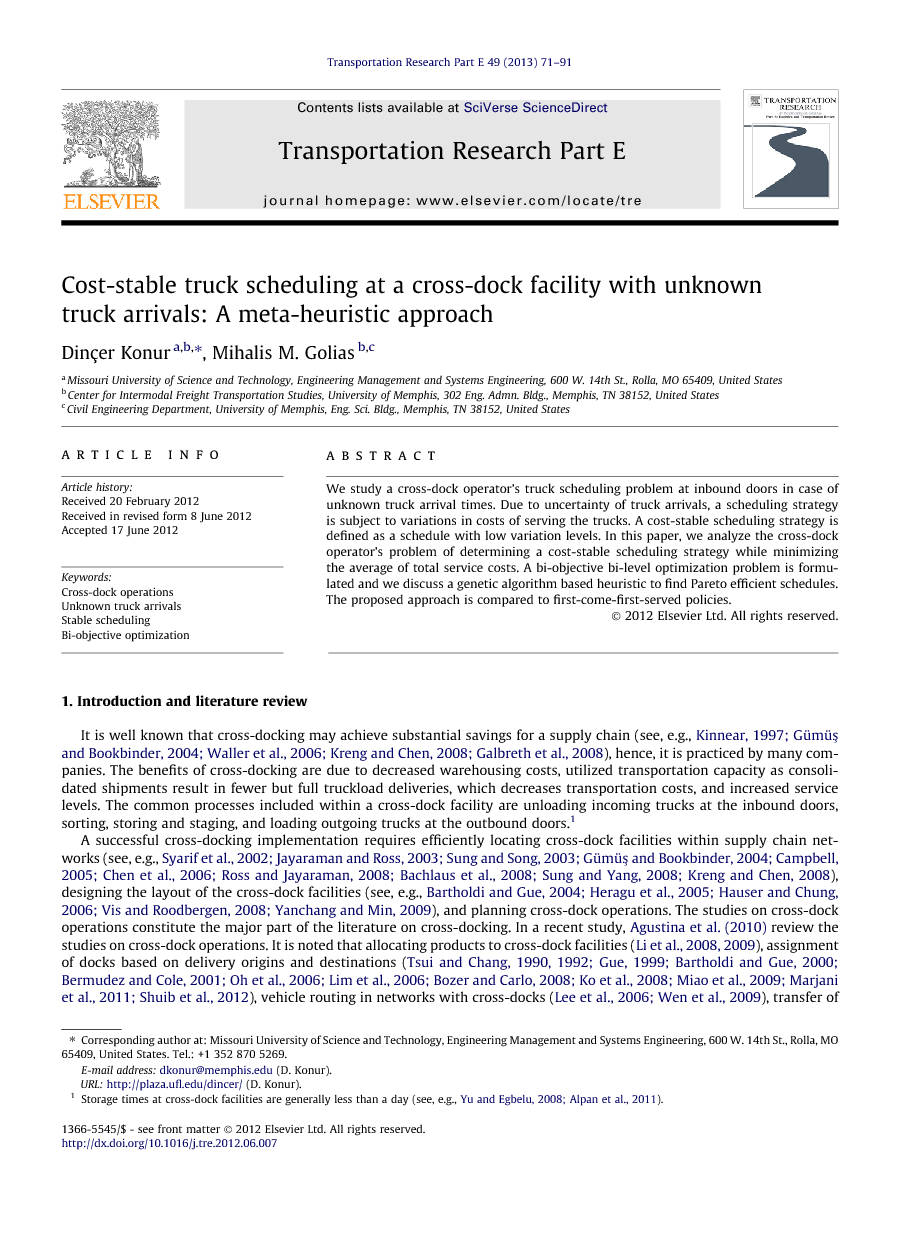 We study a cross-dock operator’s truck scheduling problem at inbound doors in case of unknown truck arrival times. Due to uncertainty of truck arrivals, a scheduling strategy is subject to variations in costs of serving the trucks. A cost-stable scheduling strategy is defined as a schedule with low variation levels. In this paper, we analyze the cross-dock operator’s problem of determining a cost-stable scheduling strategy while minimizing the average of total service costs. A bi-objective bi-level optimization problem is formulated and we discuss a genetic algorithm based heuristic to find Pareto efficient schedules. The proposed approach is compared to first-come-first-served policies.