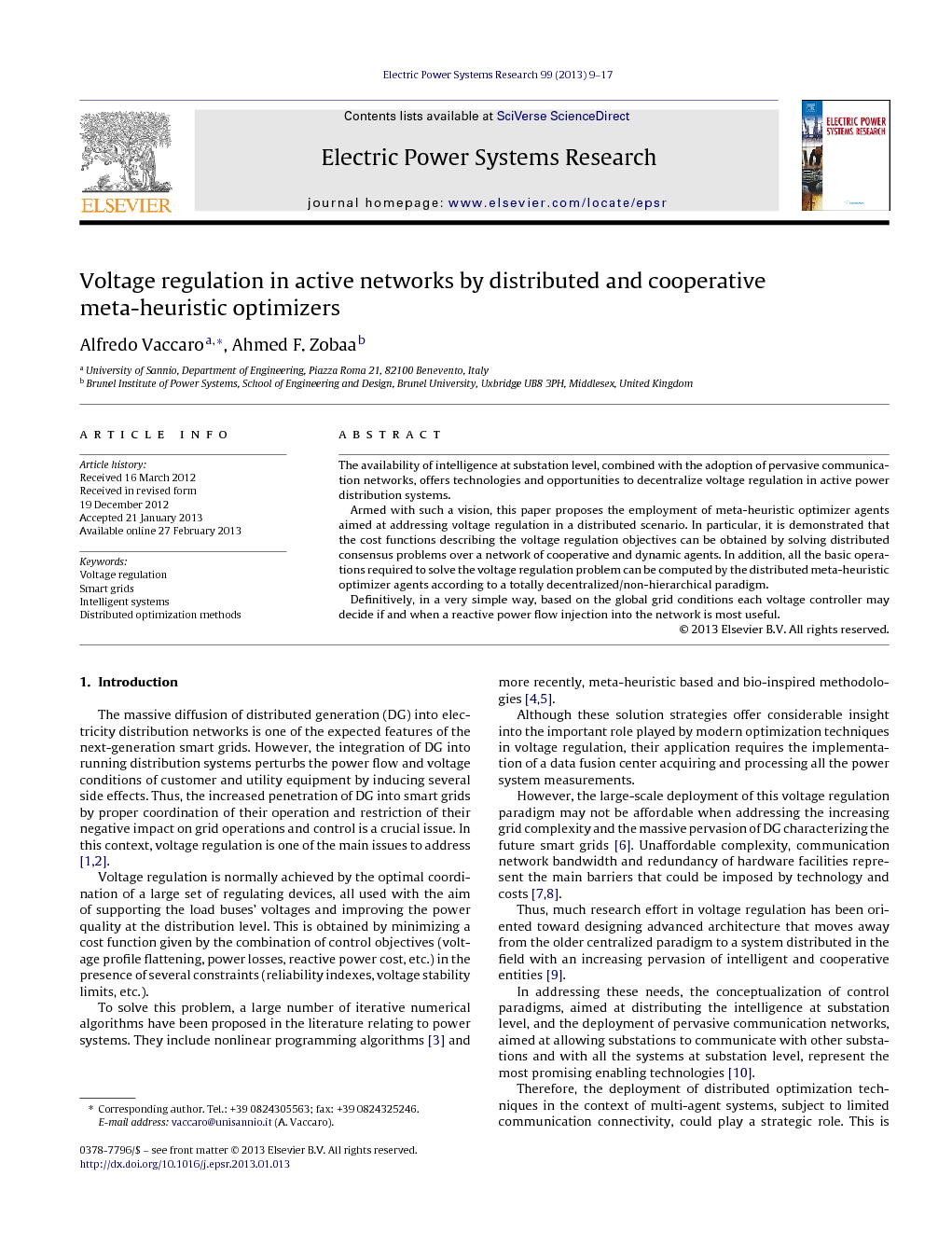 The availability of intelligence at substation level, combined with the adoption of pervasive communication networks, offers technologies and opportunities to decentralize voltage regulation in active power distribution systems. Armed with such a vision, this paper proposes the employment of meta-heuristic optimizer agents aimed at addressing voltage regulation in a distributed scenario. In particular, it is demonstrated that the cost functions describing the voltage regulation objectives can be obtained by solving distributed consensus problems over a network of cooperative and dynamic agents. In addition, all the basic operations required to solve the voltage regulation problem can be computed by the distributed meta-heuristic optimizer agents according to a totally decentralized/non-hierarchical paradigm. Definitively, in a very simple way, based on the global grid conditions each voltage controller may decide if and when a reactive power flow injection into the network is most useful.

Modern trends in active distribution networks are oriented toward the employment of voltage regulation architecture that moves away from the centralized paradigm, to systems distributed in the field with an increasing pervasion of distributed and cooperative smart entities. Armed with such a vision, this paper proposes the deployment of a network of meta-heuristic optimizer agents aimed at solving the voltage regulation problem. The insight is to allow the agent's network to assess the actual values of the cost function describing the control objectives, by solving a distributed consensus problem. These values are then processed by each optimizer agent in order to minimize the cost function. This is realized by adopting a decentralized search minimization technique based on simulated annealing. Results obtained from a test power grid reveal that this regulation framework effectively addresses the voltage regulation problem, even in the presence of highly variable load patterns. In particular, it makes it possible to overcome the intrinsic limitations of descent gradient optimizers, by identifying solutions very close to those obtained by a rigorous centralized optimization algorithm. This is achieved without the need for a data fusion center acquiring and processing all the power systems measurements. This makes the overall framework highly scalable, self-organizing and distributed.