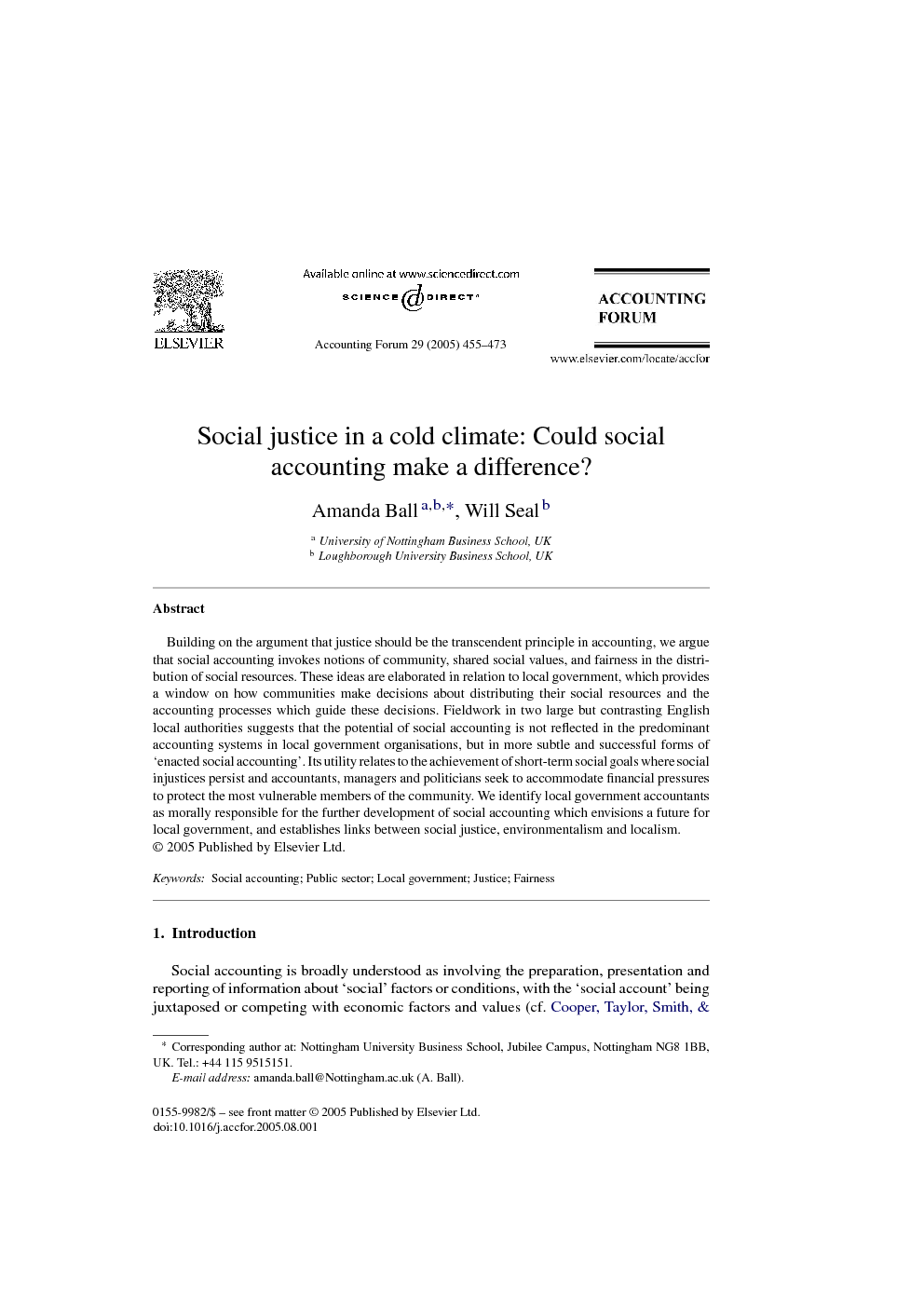 Building on the argument that justice should be the transcendent principle in accounting, we argue that social accounting invokes notions of community, shared social values, and fairness in the distribution of social resources. These ideas are elaborated in relation to local government, which provides a window on how communities make decisions about distributing their social resources and the accounting processes which guide these decisions. Fieldwork in two large but contrasting English local authorities suggests that the potential of social accounting is not reflected in the predominant accounting systems in local government organisations, but in more subtle and successful forms of ‘enacted social accounting’. Its utility relates to the achievement of short-term social goals where social injustices persist and accountants, managers and politicians seek to accommodate financial pressures to protect the most vulnerable members of the community.We identify local government accountants as morally responsible for the further development of social accounting which envisions a future for local government, and establishes links between social justice, environmentalism and localism.