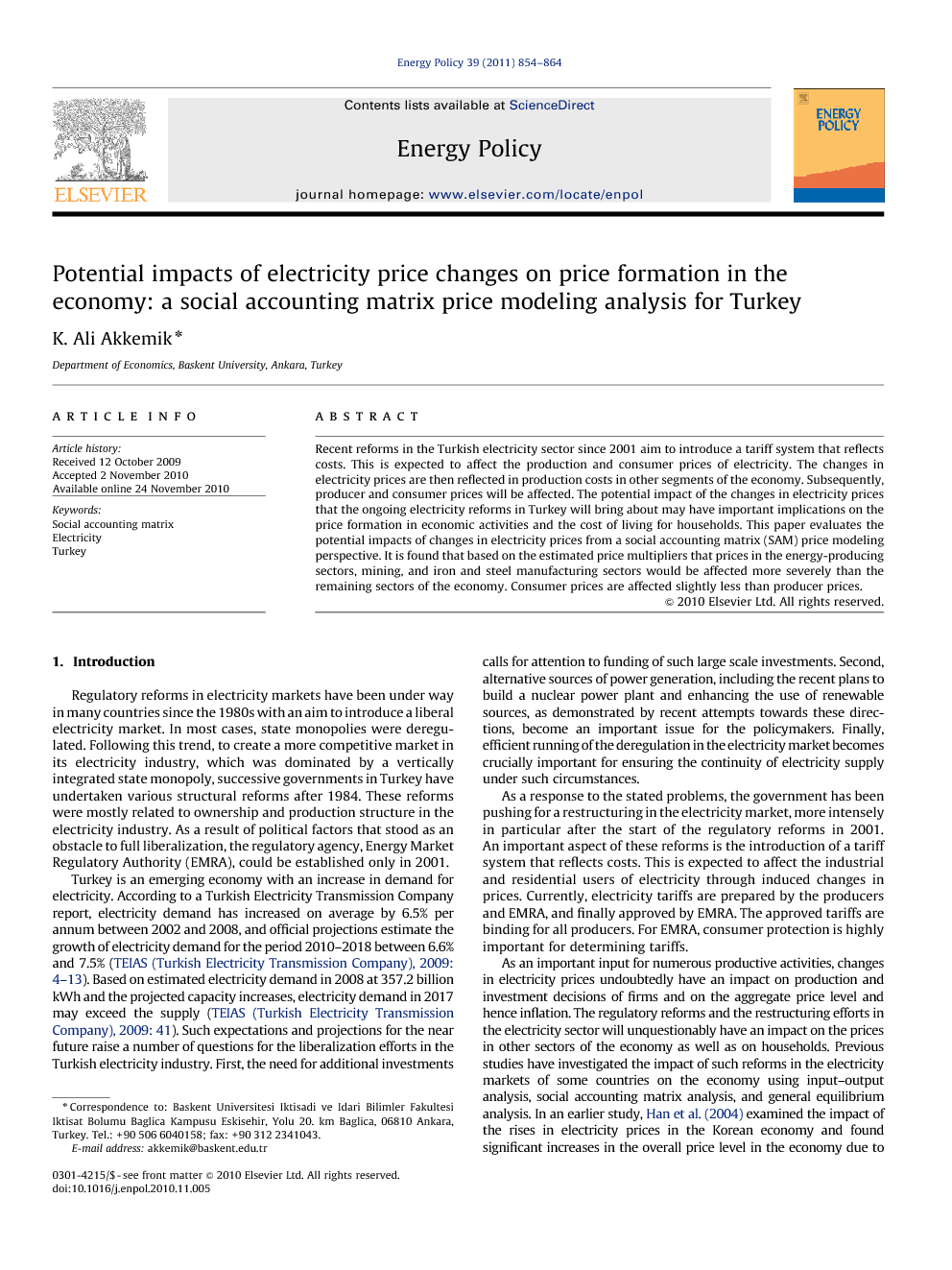 Recent reforms in the Turkish electricity sector since 2001 aim to introduce a tariff system that reﬂects costs. This is expected to affect the production and consumer prices of electricity. The changes in electricity prices are then reﬂected in production costs in other segments of the economy . Subsequently, producer and consumer prices will be affected. The potential impact of the changes in electricity prices that the ongoing electricity reforms in Turkey will bring about may have important implications on the price formation in economic activities and the cost of living for households. This paper evaluates the potential impacts of changes in electricity price s from a social accounting matrix (SAM ) price modeling perspective. It is found that based on the estimated price multipliers that prices in the energy -producing sectors, mining, and iron and steel manufacturing sectors would be affected more severely than the remaining sectors of the economy. Consumer prices are affected slightly less than producer prices.