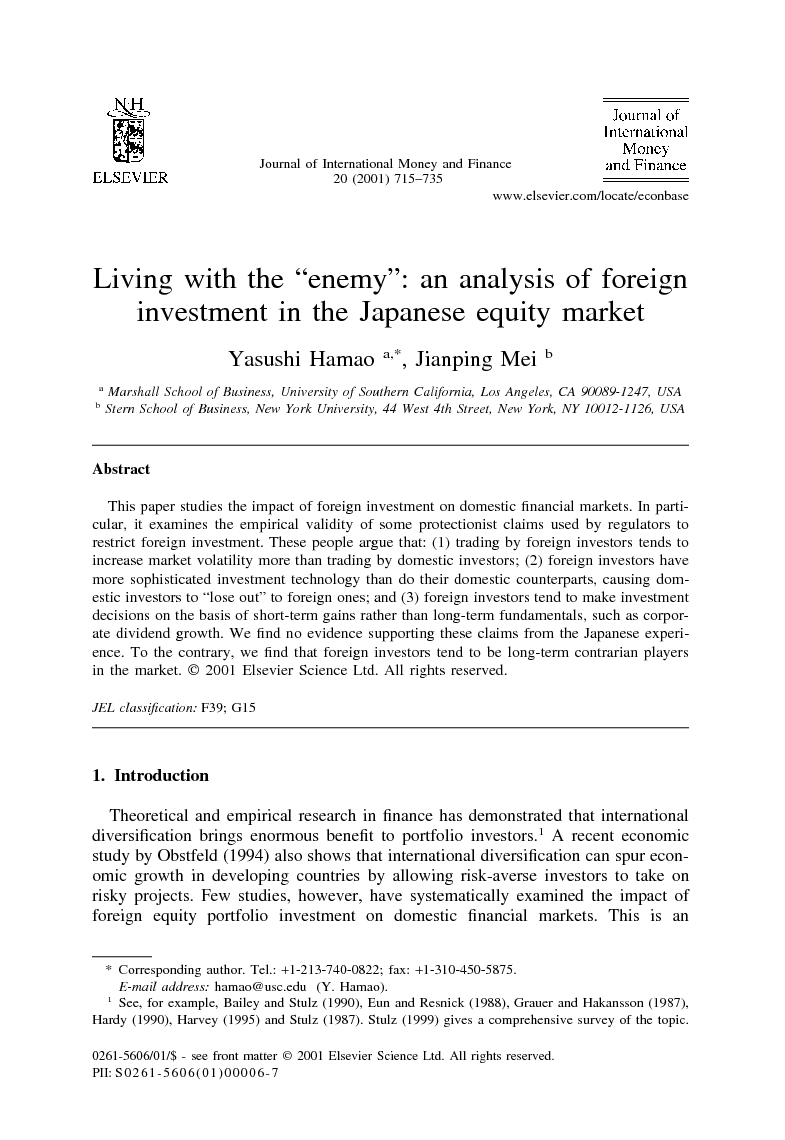 This paper develops a comprehensive framework for analyzing the impact of foreign investment on domestic financial markets. First, we develop a three-stage-least-squares estimation approach to examine the impact of foreign and domestic trading on market volatility. Second, we use net purchases of securities as a proxy for investors' forecasts of future excess returns, and apply the market timing test of Henriksson and Merton (1981) to evaluate the market timing performance of various investment groups in the Japanese market. Third, using the Campbell and Shiller (1988) approximate present value model, we decompose excess stock return innovations into news about future excess returns, dividend growths, and interest rates. We then study the relationship between different news components and foreign and domestic trading behavior. Our study confirms the results of Tesar and Werner, 1994 and Tesar and Werner, 1995 and Bohn and Tesar, 1995 and Bohn and Tesar, 1996: there is little evidence that trading by foreign investors tends to increase market volatility any more than trading of domestic groups. We find that foreign investment improves liquidity in the Japanese market. We also find no evidence of superior foreign investor market timing abilities. There is even some weak evidence that foreign investment is sensitive to long-term dividend news. We view this study as a further step towards understanding the impact of foreign investment on domestic financial markets. Our work provides future researchers with useful information about data collection, econometric modeling and estimation procedures. It also provides some direction for future research, such as the need to develop a more comprehensive framework to evaluate the costs and benefits of foreign investment and the regulatory policy issue of how to balance the need for attracting foreign capital and maintaining domestic market stability. We hope our work will stimulate even further theoretical and empirical analysis in this area.