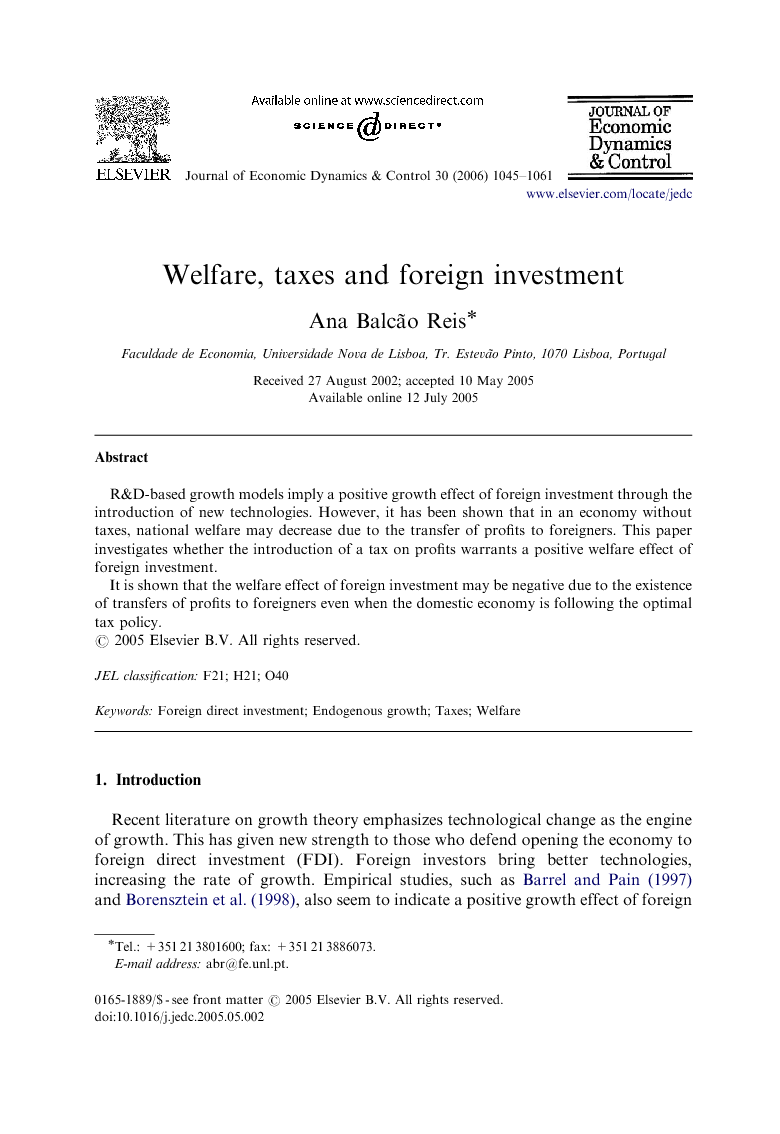 The opening of the economy to foreign investment decreases the cost of introducing new goods in the economy. Two other linked effects are a transfer of income to foreigners and that the interest rate becomes exogenous. All these effects change welfare and the optimal tax/subsidy on profits or R&D. The decrease in the cost of introducing new goods in the economy and the exogeneity of the interest rate increase the optimal subsidy. The existence of the transfer of income to foreigners decreases the optimal subsidy, and could even imply an optimal tax instead of a subsidy. The final effect depends on the preferences of the agents and on the value of the international interest rate. Regarding the welfare effect of foreign investment, it is shown that foreign investment may decrease national welfare even when the tax rate is at its optimal level. The main benefit from foreign investment is the decrease in the innovation cost. If the productivity advantage of foreign investors is small the benefit is also small and may be dominated by the negative effect of transfers. The model in this paper uses a very simple structure that allows us to obtain analytical solutions. This implies that the results should be read carefully. Nevertheless, this research should be an alert to those economies spending large amounts of resources to attract foreign investors. When the technological advantage of foreign investors is not great enough, there may be no welfare gains from this investment.