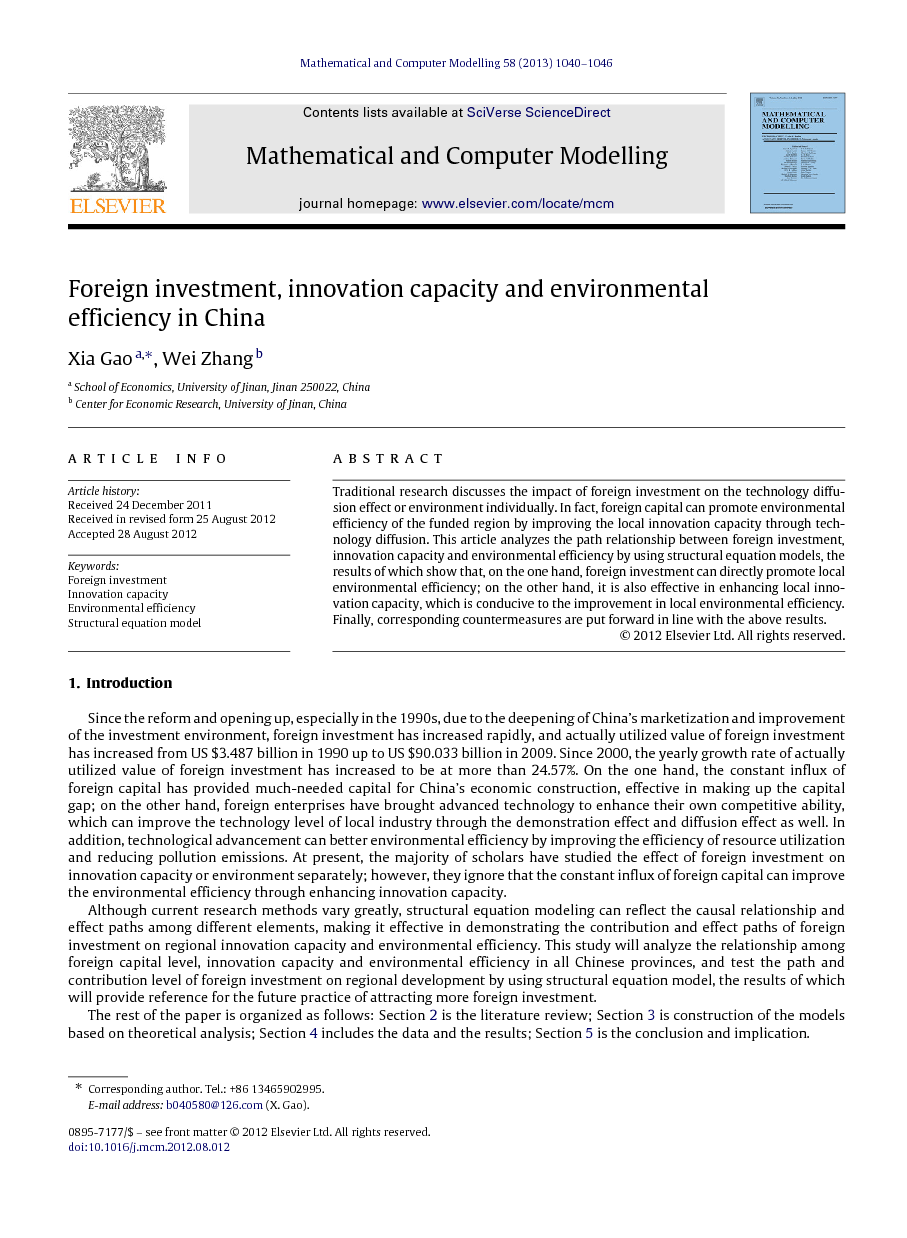 Since the reform and opening up, especially in the 1990s, due to the deepening of China’s marketization and improvement of the investment environment, foreign investment has increased rapidly, and actually utilized value of foreign investment has increased from US $3.487 billion in 1990 up to US $90.033 billion in 2009. Since 2000, the yearly growth rate of actually utilized value of foreign investment has increased to be at more than 24.57%. On the one hand, the constant influx of foreign capital has provided much-needed capital for China’s economic construction, effective in making up the capital gap; on the other hand, foreign enterprises have brought advanced technology to enhance their own competitive ability, which can improve the technology level of local industry through the demonstration effect and diffusion effect as well. In addition, technological advancement can better environmental efficiency by improving the efficiency of resource utilization and reducing pollution emissions. At present, the majority of scholars have studied the effect of foreign investment on innovation capacity or environment separately; however, they ignore that the constant influx of foreign capital can improve the environmental efficiency through enhancing innovation capacity. Although current research methods vary greatly, structural equation modeling can reflect the causal relationship and effect paths among different elements, making it effective in demonstrating the contribution and effect paths of foreign investment on regional innovation capacity and environmental efficiency. This study will analyze the relationship among foreign capital level, innovation capacity and environmental efficiency in all Chinese provinces, and test the path and contribution level of foreign investment on regional development by using structural equation model, the results of which will provide reference for the future practice of attracting more foreign investment. The rest of the paper is organized as follows: Section 2 is the literature review; Section 3 is construction of the models based on theoretical analysis; Section 4 includes the data and the results; Section 5 is the conclusion and implication.