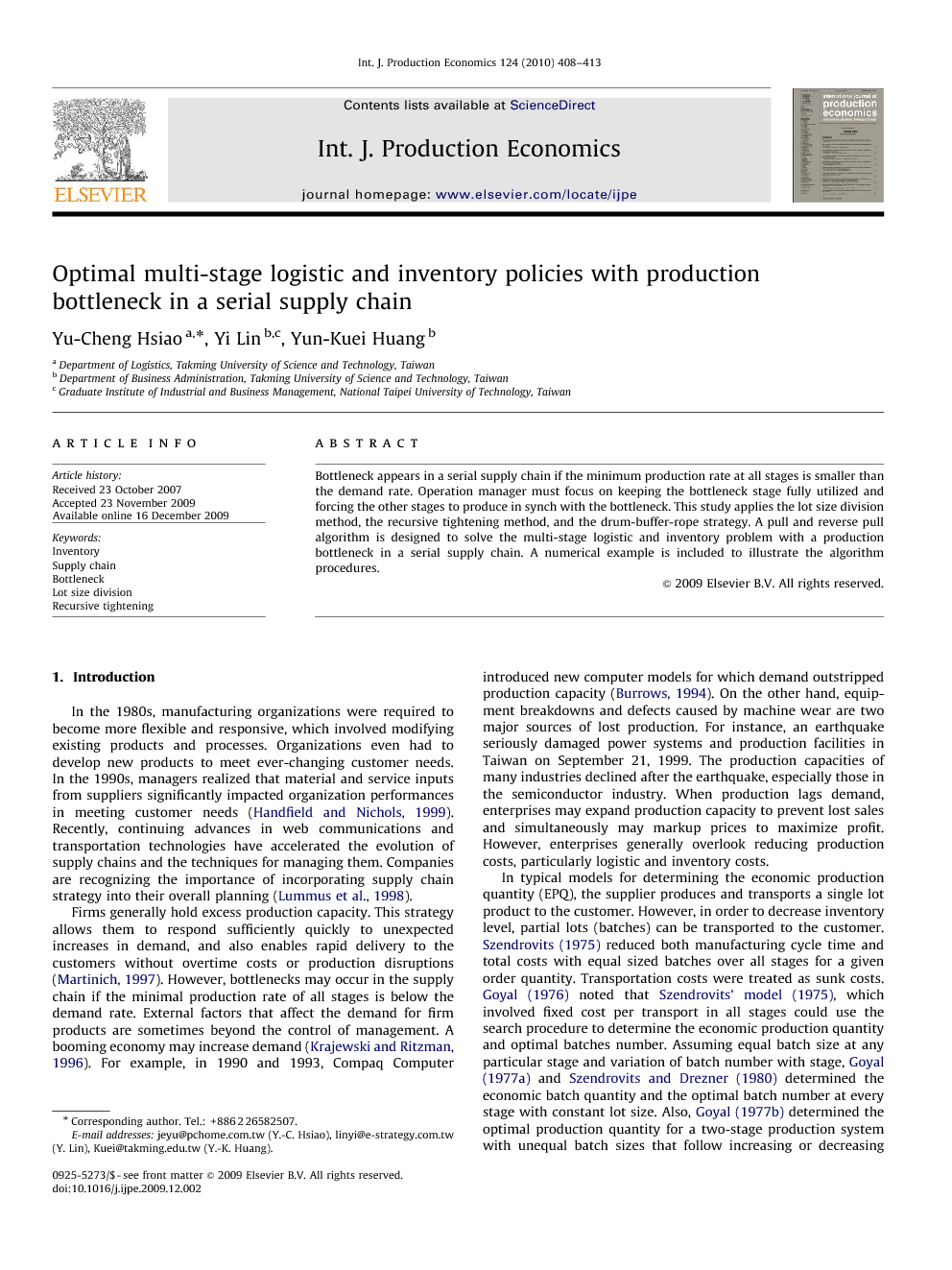 Bottleneck appears in a serial supply chain if the minimum production rate at all stages is smaller than the demand rate. Operation manager must focus on keeping the bottleneck stage fully utilized and forcing the other stages to produce in synch with the bottleneck. This study applies the lot size division method, the recursive tightening method, and the drum-buffer-rope strategy. A pull and reverse pull algorithm is designed to solve the multi-stage logistic and inventory problem with a production bottleneck in a serial supply chain. A numerical example is included to illustrate the algorithm procedures.