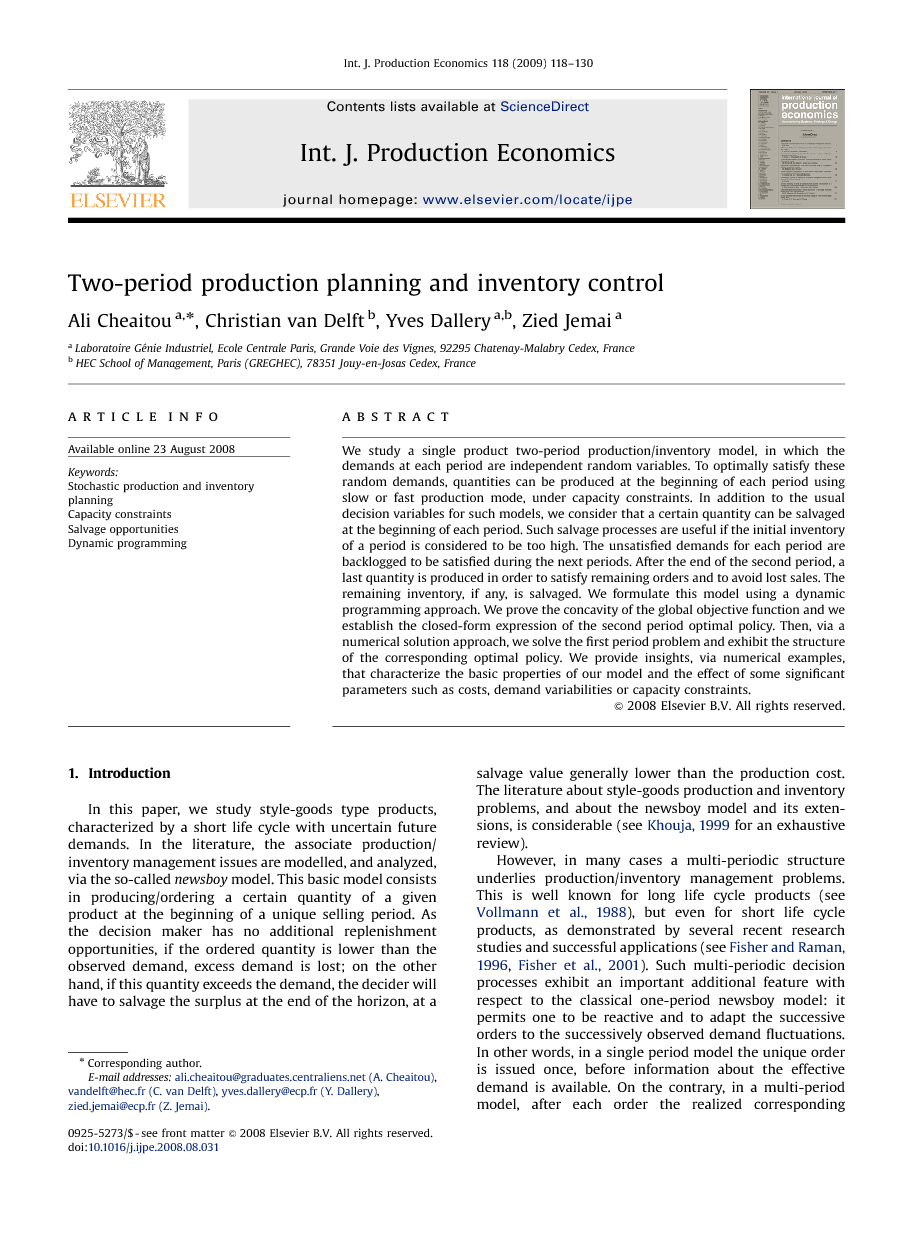 We study a single product two-period production/inventory model, in which the demands at each period are independent random variables. To optimally satisfy these random demands, quantities can be produced at the beginning of each period using slow or fast production mode, under capacity constraints. In addition to the usual decision variables for such models, we consider that a certain quantity can be salvaged at the beginning of each period. Such salvage processes are useful if the initial inventory of a period is considered to be too high. The unsatisfied demands for each period are backlogged to be satisfied during the next periods. After the end of the second period, a last quantity is produced in order to satisfy remaining orders and to avoid lost sales. The remaining inventory, if any, is salvaged. We formulate this model using a dynamic programming approach. We prove the concavity of the global objective function and we establish the closed-form expression of the second period optimal policy. Then, via a numerical solution approach, we solve the first period problem and exhibit the structure of the corresponding optimal policy. We provide insights, via numerical examples, that characterize the basic properties of our model and the effect of some significant parameters such as costs, demand variabilities or capacity constraints.

We have proposed in this paper a new two-period production/inventory model in which many salvage opportunities are possible and many production modes are used. Production capacities are taken into account in the calculation of the optimal decision variables. The problem has been solved using a dynamic programming approach. First, we have proved the concavity of the expected objective function of the second period, and using this property we have provided the special-form two-threshold optimal policy of that period. This result has served to show the concavity of the global expected objective function, and then to prove the existence of a single optimal solution. Some analytical properties that help in characterizing the optimal policy of the first period have been provided. Via numerical examples, we have shown that the first period optimal policy has a two-threshold shape similar to the second period. Then, we have provided some insights, related to the effect of the different parameters of the model, namely the demand variability, costs and capacity constraints. The introduction in the model of an information update process between successive decisions constitutes a future research.