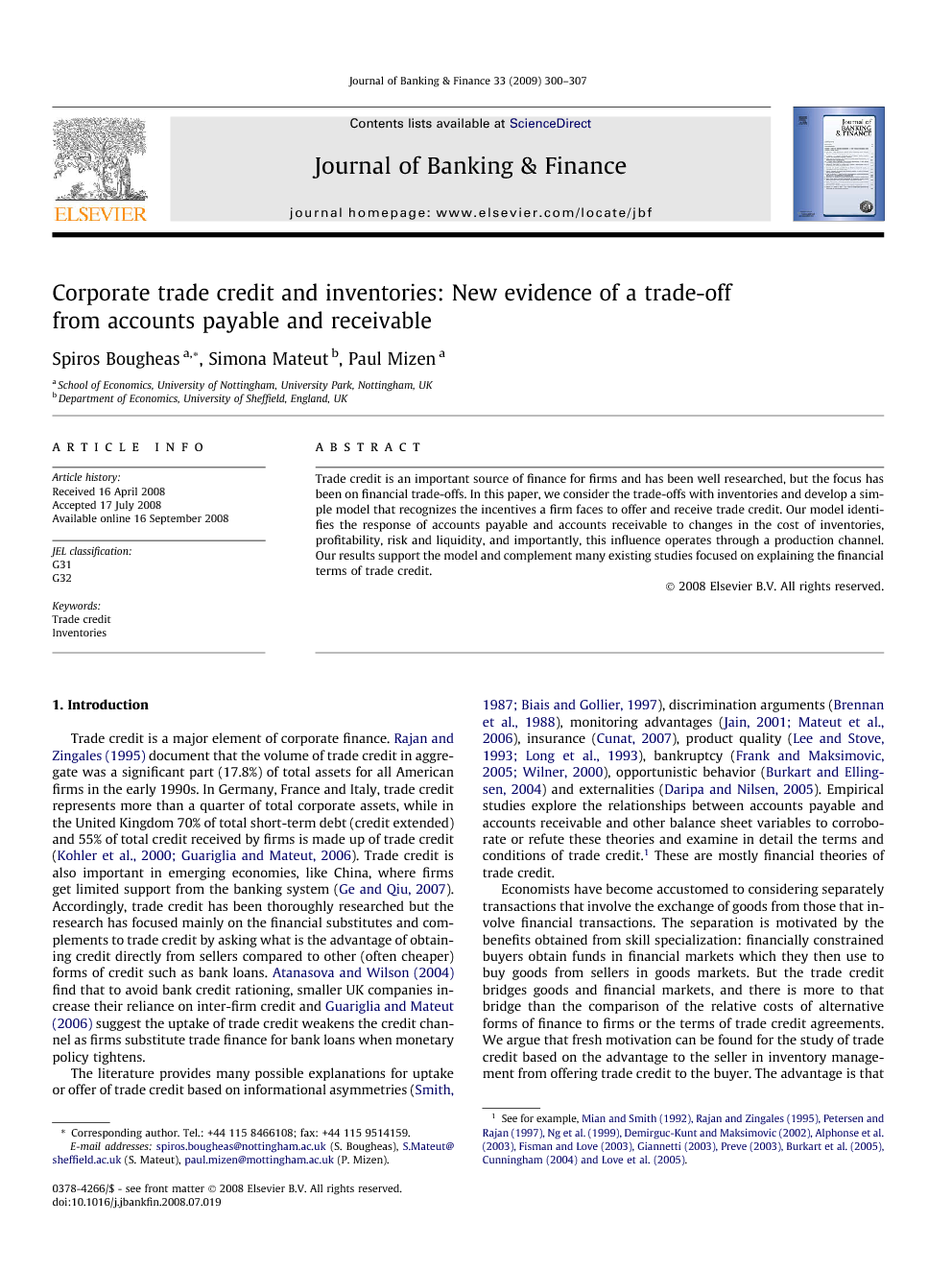 Trade credit is an important source of finance for firms and has been well researched, but the focus has been on financial trade-offs. In this paper, we consider the trade-offs with inventories and develop a simple model that recognizes the incentives a firm faces to offer and receive trade credit. Our model identifies the response of accounts payable and accounts receivable to changes in the cost of inventories, profitability, risk and liquidity, and importantly, this influence operates through a production channel. Our results support the model and complement many existing studies focused on explaining the financial terms of trade credit.

We develop a simple theoretical model with a stochastic demand framework that captures the trade-off between inventories and trade credit. The essential elements are that the firm is in the middle of a credit chain, and produces goods for sale, holds inventories of goods that were produced but unsold at a cost and in the face of uncertain demand for its products extends trade credit to its financially constrained customers to obtain additional sales. Our model provides directly testable predictions to identify the response of accounts payable and accounts receivable to changes in the cost of inventories, profitability, risk and liquidity, and importantly, this influence operates through a production channel. Even the influence of bank loans on trade credit operates by allowing greater production, inventories and ultimately sales financed in part through credit. We directly test the predictions of our model using GMM estimates in first-differences on an unbalanced panel of UK firms drawn from FAME that includes larger FTSE-quoted firms and those on the smaller AIM/OFEX exchange, as well as unquoted firms. Our results support the model suggesting that there is an inventory channel of trade credit, complement many existing studies focusing on the financial terms of trade credit.