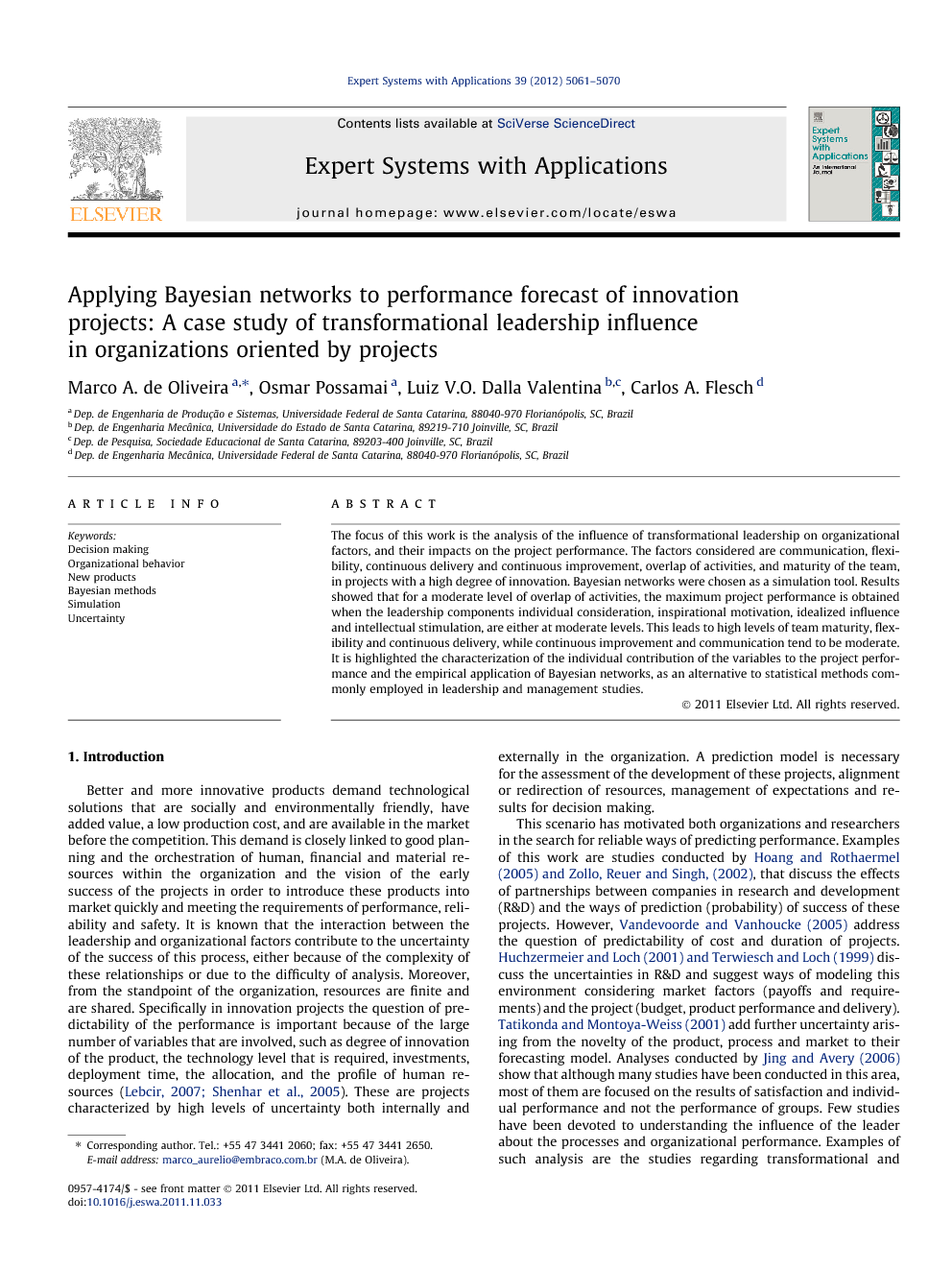 The focus of this work is the analysis of the influence of transformational leadership on organizational factors, and their impacts on the project performance. The factors considered are communication, flexibility, continuous delivery and continuous improvement, overlap of activities, and maturity of the team, in projects with a high degree of innovation. Bayesian networks were chosen as a simulation tool. Results showed that for a moderate level of overlap of activities, the maximum project performance is obtained when the leadership components individual consideration, inspirational motivation, idealized influence and intellectual stimulation, are either at moderate levels. This leads to high levels of team maturity, flexibility and continuous delivery, while continuous improvement and communication tend to be moderate. It is highlighted the characterization of the individual contribution of the variables to the project performance and the empirical application of Bayesian networks, as an alternative to statistical methods commonly employed in leadership and management studies.

The present results that were obtained in this work are in line with several studies on transformational leadership in projects and in innovation environments. We can conclude that the main objective of this study was achieved through the characterization of boundaries and the ways of influence of the components of transformational leadership on organizational factors and quantification of these effects in the project performance. The results that were obtained show large managerial implications, because they help in understanding how there is an increase in performance levels in innovation projects. These also serve as the basis for the development of leadership strategies and the forecast of their impact on organizational factors for improvement of performance. It is believed that this is an important new contribution to the studies of leadership, either by the nature of the application of AI tools for forecasting and sensitivity analysis, aimed at overcoming some limitations of the statistical methods commonly employed, such as the approach given to transformational leadership in organizations driven by projects with a high degree of innovation.