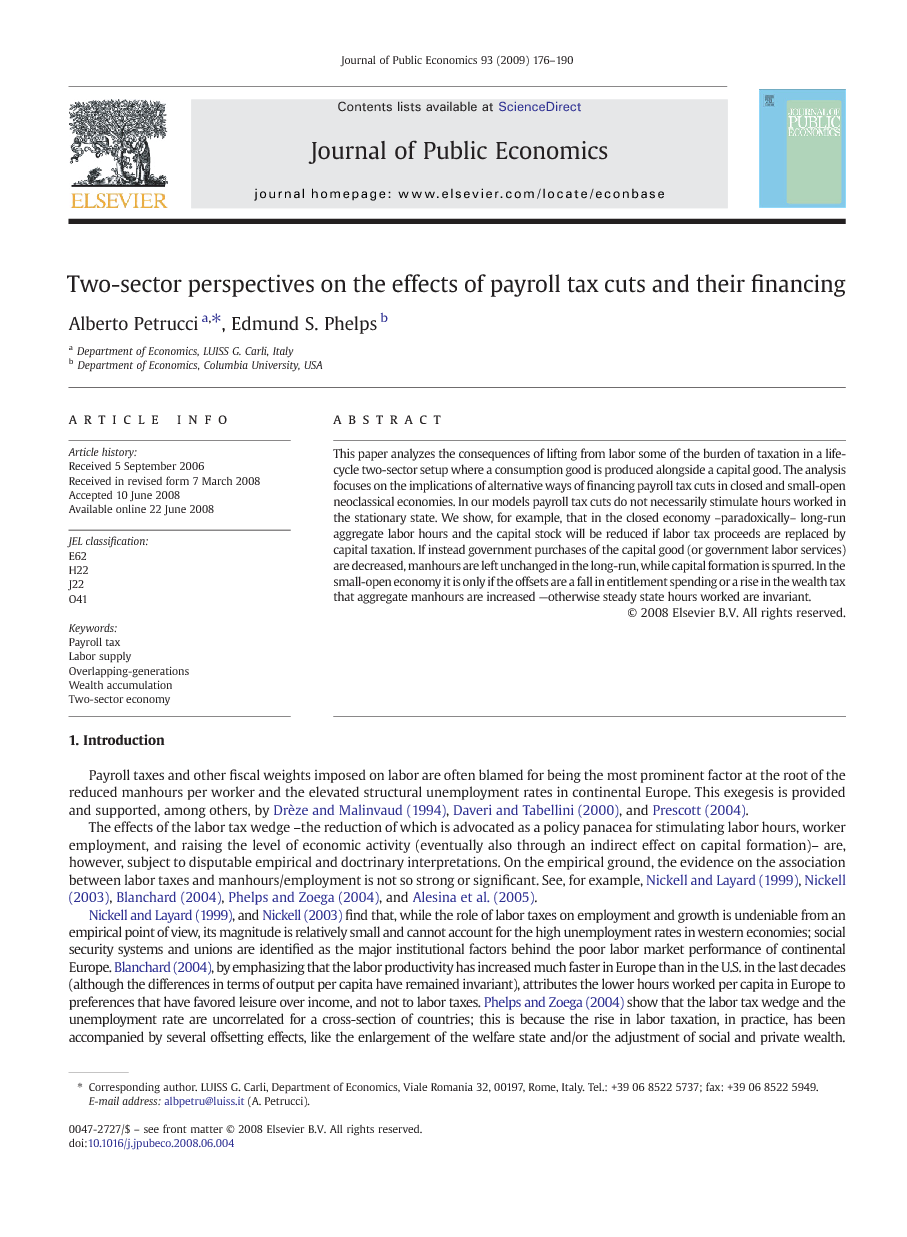 This paper analyzes the consequences of lifting from labor some of the burden of taxation in a life-cycle two-sector setup where a consumption good is produced alongside a capital good. The analysis focuses on the implications of alternative ways of financing payroll tax cuts in closed and small-open neoclassical economies. In our models payroll tax cuts do not necessarily stimulate hours worked in the stationary state. We show, for example, that in the closed economy –paradoxically– long-run aggregate labor hours and the capital stock will be reduced if labor tax proceeds are replaced by capital taxation. If instead government purchases of the capital good (or government labor services) are decreased, manhours are left unchanged in the long-run, while capital formation is spurred. In the small-open economy it is only if the offsets are a fall in entitlement spending or a rise in the wealth tax that aggregate manhours are increased —otherwise steady state hours worked are invariant.