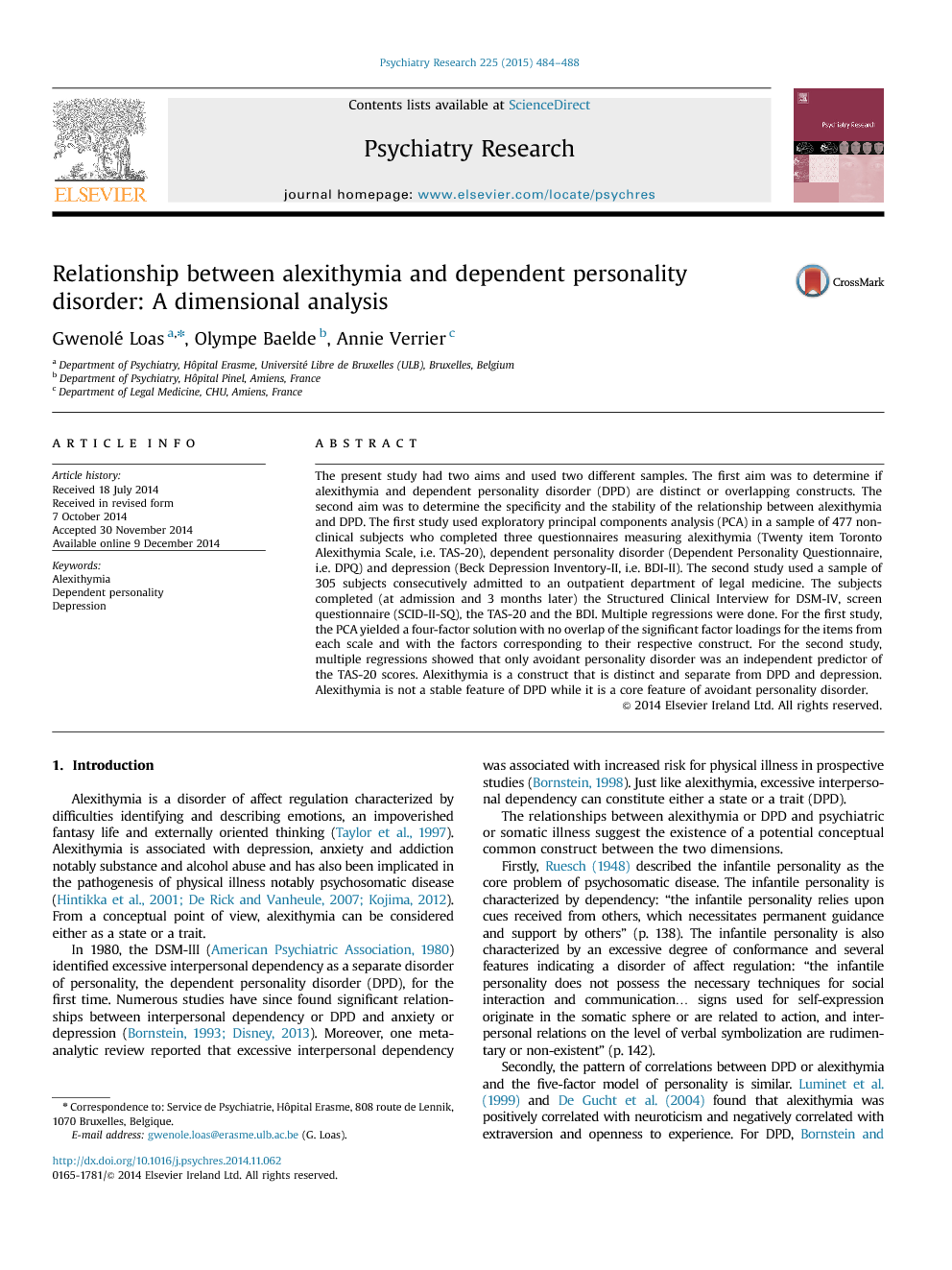 The present study had two aims and used two different samples. The first aim was to determine if alexithymia and dependent personality disorder (DPD) are distinct or overlapping constructs. The second aim was to determine the specificity and the stability of the relationship between alexithymia and DPD. The first study used exploratory principal components analysis (PCA) in a sample of 477 non-clinical subjects who completed three questionnaires measuring alexithymia (Twenty item Toronto Alexithymia Scale, i.e. TAS-20), dependent personality disorder (Dependent Personality Questionnaire, i.e. DPQ) and depression (Beck Depression Inventory-II, i.e. BDI-II). The second study used a sample of 305 subjects consecutively admitted to an outpatient department of legal medicine. The subjects completed (at admission and 3 months later) the Structured Clinical Interview for DSM-IV, screen questionnaire (SCID-II-SQ), the TAS-20 and the BDI. Multiple regressions were done. For the first study, the PCA yielded a four-factor solution with no overlap of the significant factor loadings for the items from each scale and with the factors corresponding to their respective construct. For the second study, multiple regressions showed that only avoidant personality disorder was an independent predictor of the TAS-20 scores. Alexithymia is a construct that is distinct and separate from DPD and depression. Alexithymia is not a stable feature of DPD while it is a core feature of avoidant personality disorder.