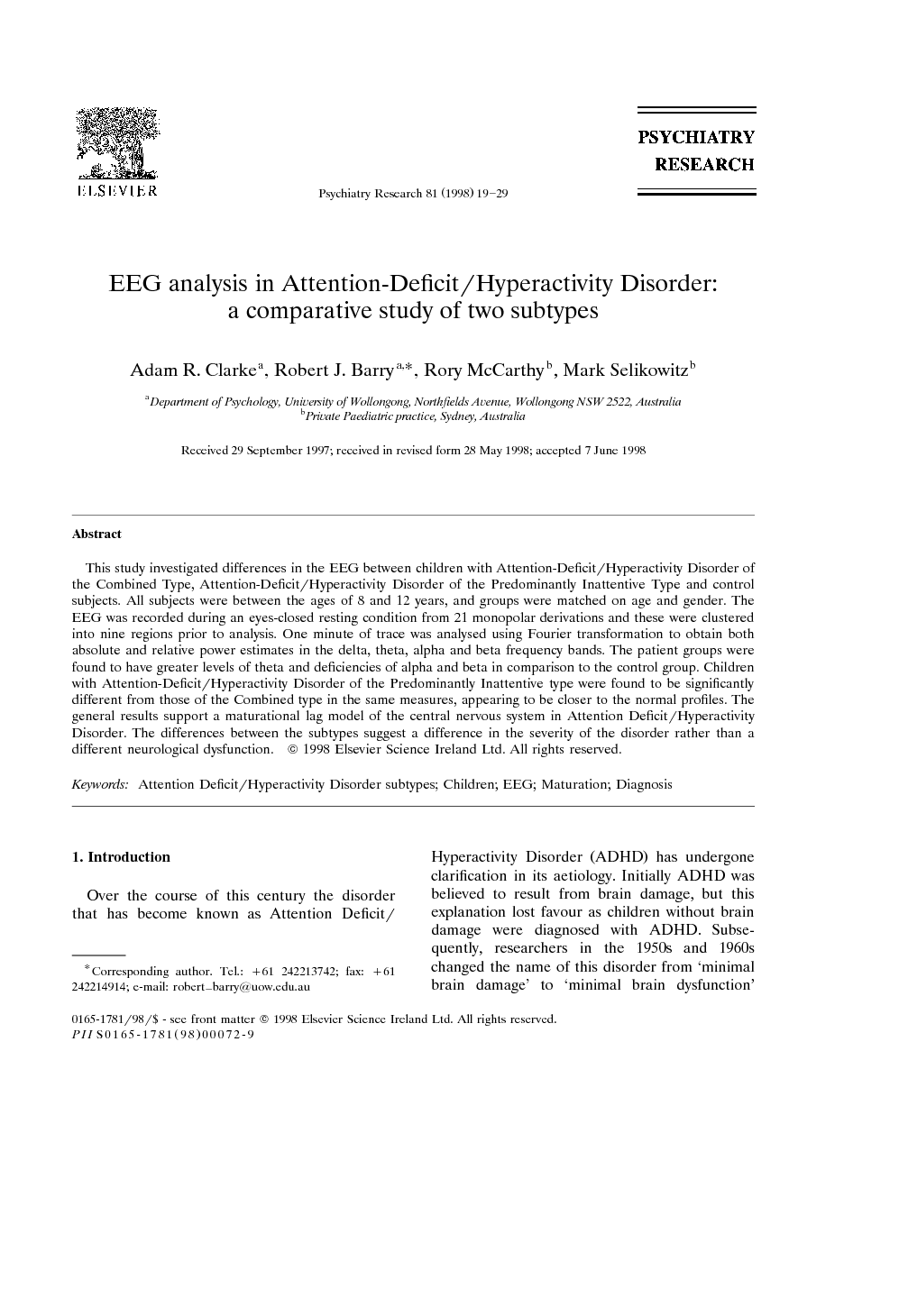 This study investigated differences in the EEG between children with Attention-Deficit/Hyperactivity Disorder of the Combined Type, Attention-Deficit/Hyperactivity Disorder of the Predominantly Inattentive Type and control subjects. All subjects were between the ages of 8 and 12 years, and groups were matched on age and gender. The EEG was recorded during an eyes-closed resting condition from 21 monopolar derivations and these were clustered into nine regions prior to analysis. One minute of trace was analysed using Fourier transformation to obtain both absolute and relative power estimates in the delta, theta, alpha and beta frequency bands. The patient groups were found to have greater levels of theta and deficiencies of alpha and beta in comparison to the control group. Children with Attention-Deficit/Hyperactivity Disorder of the Predominantly Inattentive type were found to be significantly different from those of the Combined type in the same measures, appearing to be closer to the normal profiles. The general results support a maturational lag model of the central nervous system in Attention Deficit/Hyperactivity Disorder. The differences between the subtypes suggest a difference in the severity of the disorder rather than a different neurological dysfunction.