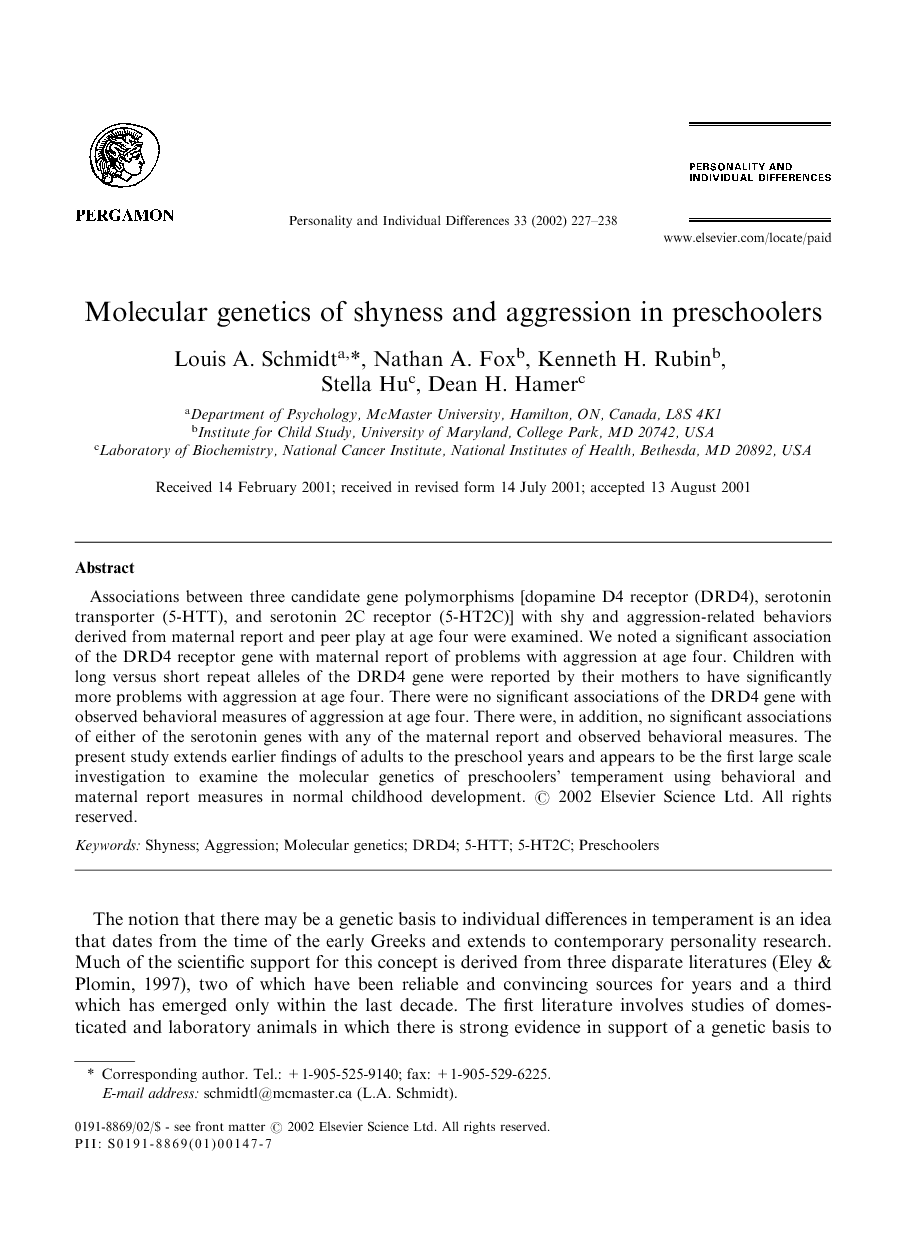 Associations between three candidate gene polymorphisms [dopamine D4 receptor (DRD4), serotonin transporter (5-HTT), and serotonin 2C receptor (5-HT2C)] with shy and aggression-related behaviors derived from maternal report and peer play at age four were examined. We noted a significant association of the DRD4 receptor gene with maternal report of problems with aggression at age four. Children with long versus short repeat alleles of the DRD4 gene were reported by their mothers to have significantly more problems with aggression at age four. There were no significant associations of the DRD4 gene with observed behavioral measures of aggression at age four. There were, in addition, no significant associations of either of the serotonin genes with any of the maternal report and observed behavioral measures. The present study extends earlier findings of adults to the preschool years and appears to be the first large scale investigation to examine the molecular genetics of preschoolers’ temperament using behavioral and maternal report measures in normal childhood development.