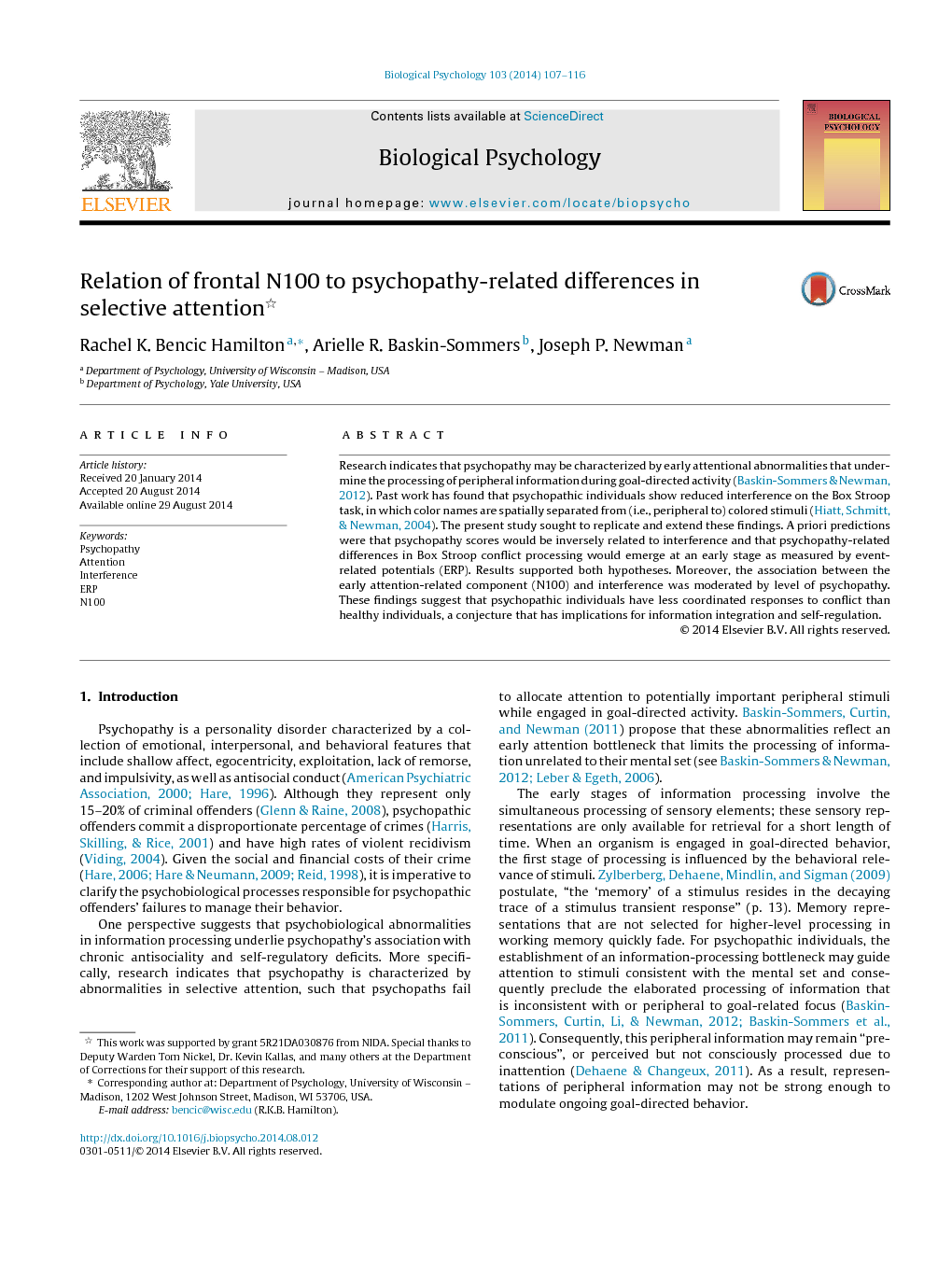 Research indicates that psychopathy may be characterized by early attentional abnormalities that undermine the processing of peripheral information during goal-directed activity (Baskin-Sommers & Newman, 2012). Past work has found that psychopathic individuals show reduced interference on the Box Stroop task, in which color names are spatially separated from (i.e., peripheral to) colored stimuli (Hiatt, Schmitt, & Newman, 2004). The present study sought to replicate and extend these findings. A priori predictions were that psychopathy scores would be inversely related to interference and that psychopathy-related differences in Box Stroop conflict processing would emerge at an early stage as measured by event-related potentials (ERP). Results supported both hypotheses. Moreover, the association between the early attention-related component (N100) and interference was moderated by level of psychopathy. These findings suggest that psychopathic individuals have less coordinated responses to conflict than healthy individuals, a conjecture that has implications for information integration and self-regulation.