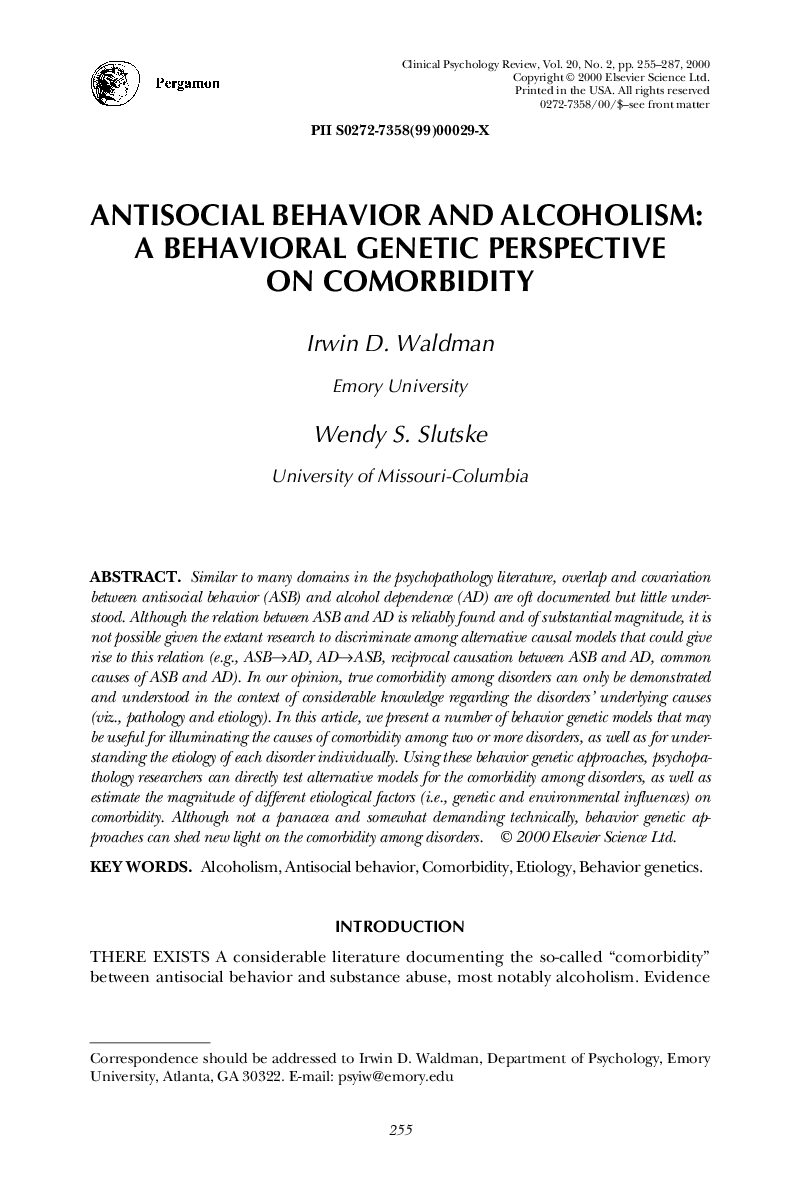 Abstract Similar to many domains in the psychopathology literature, overlap and covariation between antisocial behavior (ASB) and alcohol dependence (AD) are oft documented but little understood. Although the relation between ASB and AD is reliably found and of substantial magnitude, it is not possible given the extant research to discriminate among alternative causal models that could give rise to this relation (e.g., ASB→AD, AD→ASB, reciprocal causation between ASB and AD, common causes of ASB and AD). In our opinion, true comorbidity among disorders can only be demonstrated and understood in the context of considerable knowledge regarding the disorders' underlying causes (viz., pathology and etiology). In this article, we present a number of behavior genetic models that may be useful for illuminating the causes of comorbidity among two or more disorders, as well as for understanding the etiology of each disorder individually. Using these behavior genetic approaches, psychopathology researchers can directly test alternative models for the comorbidity among disorders, as well as estimate the magnitude of different etiological factors (i.e., genetic and environmental influences) on comorbidity. Although not a panacea and somewhat demanding technically, behavior genetic approaches can shed new light on the comorbidity among disorders.