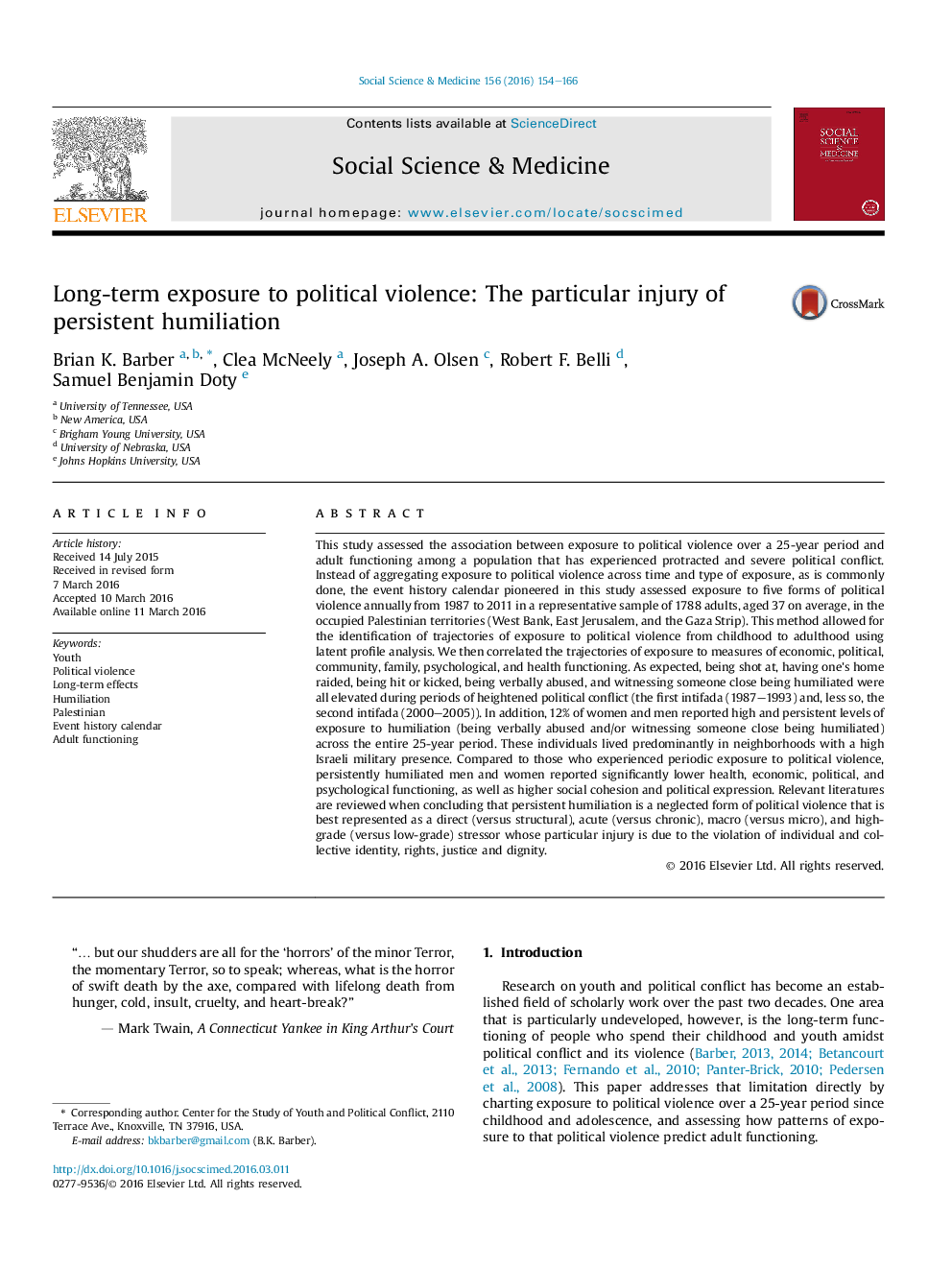 This study assessed the association between exposure to political violence over a 25-year period and adult functioning among a population that has experienced protracted and severe political conflict. Instead of aggregating exposure to political violence across time and type of exposure, as is commonly done, the event history calendar pioneered in this study assessed exposure to five forms of political violence annually from 1987 to 2011 in a representative sample of 1788 adults, aged 37 on average, in the occupied Palestinian territories (West Bank, East Jerusalem, and the Gaza Strip). This method allowed for the identification of trajectories of exposure to political violence from childhood to adulthood using latent profile analysis. We then correlated the trajectories of exposure to measures of economic, political, community, family, psychological, and health functioning. As expected, being shot at, having one's home raided, being hit or kicked, being verbally abused, and witnessing someone close being humiliated were all elevated during periods of heightened political conflict (the first intifada (1987–1993) and, less so, the second intifada (2000–2005)). In addition, 12% of women and men reported high and persistent levels of exposure to humiliation (being verbally abused and/or witnessing someone close being humiliated) across the entire 25-year period. These individuals lived predominantly in neighborhoods with a high Israeli military presence. Compared to those who experienced periodic exposure to political violence, persistently humiliated men and women reported significantly lower health, economic, political, and psychological functioning, as well as higher social cohesion and political expression. Relevant literatures are reviewed when concluding that persistent humiliation is a neglected form of political violence that is best represented as a direct (versus structural), acute (versus chronic), macro (versus micro), and high-grade (versus low-grade) stressor whose particular injury is due to the violation of individual and collective identity, rights, justice and dignity.