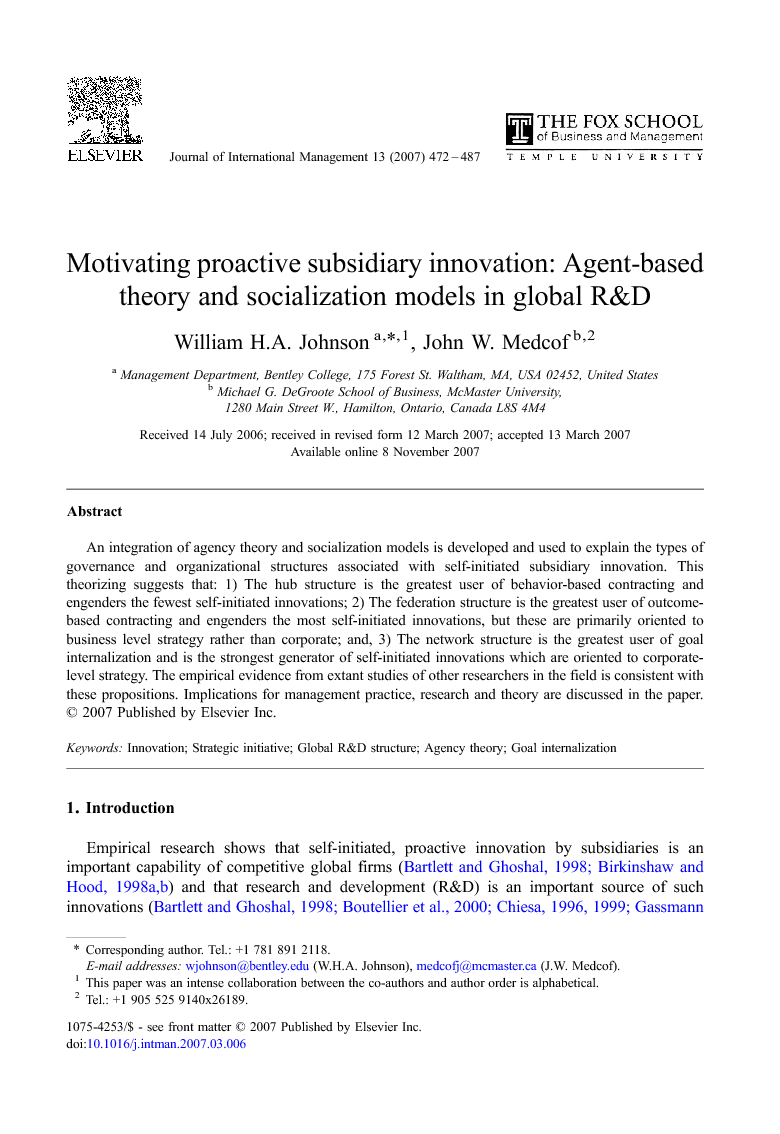 An integration of agency theory and socialization models is developed and used to explain the types of governance and organizational structures associated with self-initiated subsidiary innovation. This theorizing suggests that: 1) The hub structure is the greatest user of behavior-based contracting and engenders the fewest self-initiated innovations; 2) The federation structure is the greatest user of outcome-based contracting and engenders the most self-initiated innovations, but these are primarily oriented to business level strategy rather than corporate; and, 3) The network structure is the greatest user of goal internalization and is the strongest generator of self-initiated innovations which are oriented to corporate-level strategy. The empirical evidence from extant studies of other researchers in the field is consistent with these propositions. Implications for management practice, research and theory are discussed in the paper.

Technology managers currently grapple with tremendous challenges as they attempt to mobilize internationally dispersed capabilities within globally integrated strategies. The leveraging of subsidiary technology initiatives has come to be seen as one effective strategy for attaining competitive advantage. However, the organizational structures used to coordinate international operations can impose significant constraints on the discretion subsidiaries have to undertake self-initiated innovation. Understanding the constraints using agency theory and socialization models, as described in this paper, can enable managers to meet their challenges more effectively and help researchers direct their attentions to the issues that will be of most help for managers.